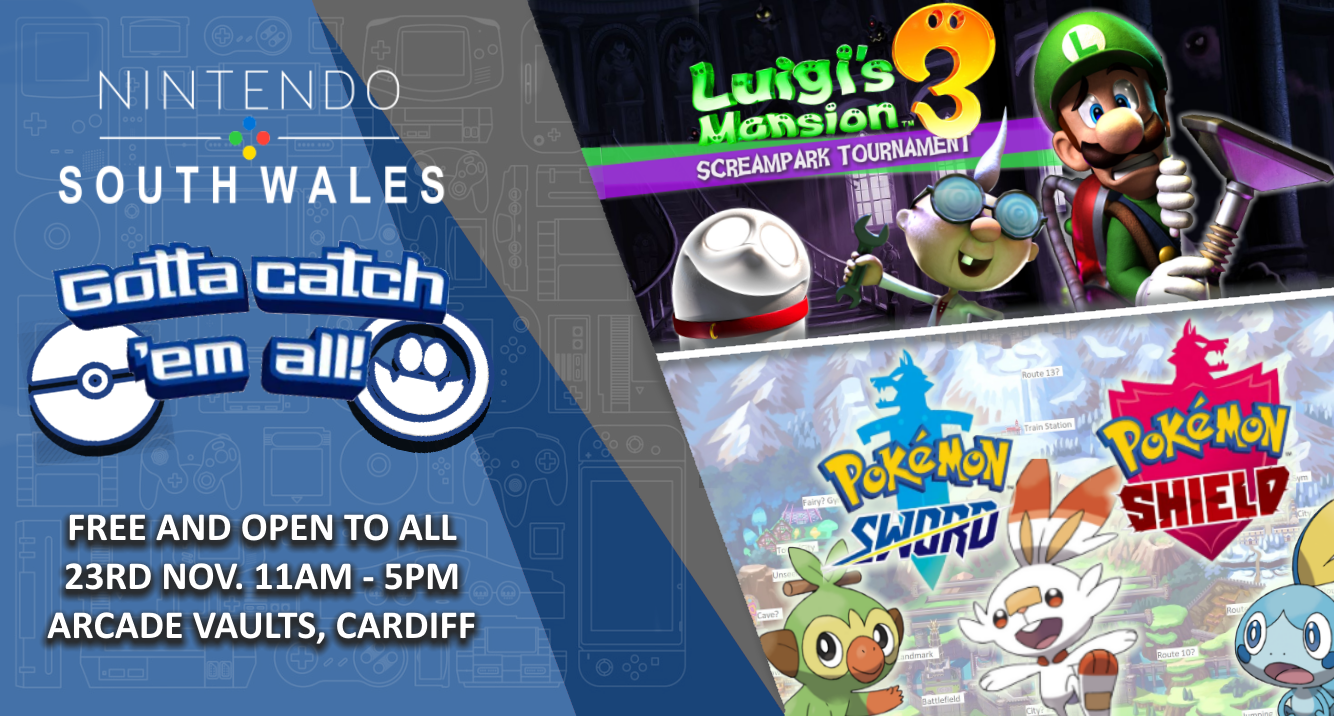 PokeBalls and Hoovers at the ready as this months free Nintendo South Wales community event is centered around catching monsters and ghosts alike.

Teams of 3 or 4 will square-off in a tournament based around the new multiplayer modes in Luigi’s Mansion 3, and Pokemon Sword and Shield players can do battle, or trade, and try to fill out lines on our ‘Bingo Board’ for the chance to win prizes. We’ll also be featuring our usual mix of free play stations.

– Teams are chosen at random

– Loser of round 1 choses second round mode

– One practice of each mode

– Show us what Pokemon you’ve caught in Sword and Shield

– Lines must be vertical or horizontal

– Catch and / or trade with others to make more lines

– Get a Pokemon TCG card for matching certain Pokemon

– Prize #6: Get a Poke TCG Card for matching certain Pokemon

The event will be a week after the release of the new generation, so it’ll be a good opportunity to trade with others for version exclusives etc, and to test out the viability of your early squads in local matches.

Expect Nintendo Switch / Docks, Nintendo Wii / Wii U and Nintendo 64 setups for attendees to relax and play alone, or with others.

As ever, card-carrying members of our optional membership scheme can get theirs scanned at this event and gain entry in to an exclusive prize draw.