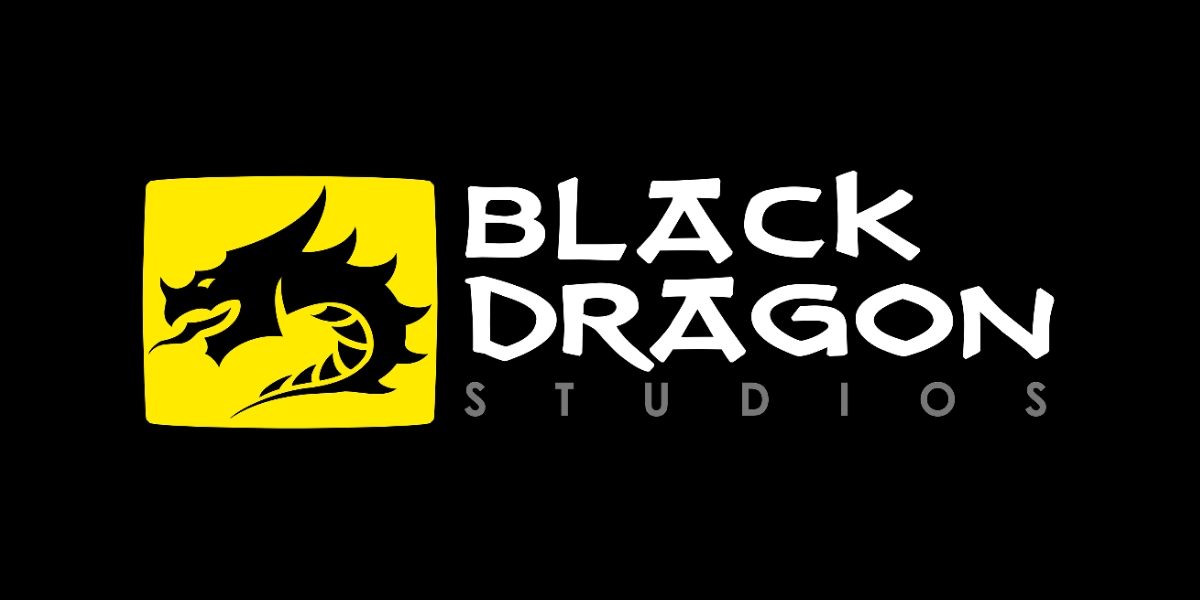 An Interview with Black Dragon Studios

Today I’m chatting with Chris Davies, Chief Digital Officer and Technical Artist for Black Dragon Studios, an independent development team located in Swansea, South Wales. Black Dragon Studios’ newest game, The Copper Canyon Shoot Out is being released on 30th April on Steam. This is a fast-paced VR shooter set in a Wild West themed world overrun by robots. We will be reviewing it soon! For now we’re going to chat to the team about the game, the Welsh gaming industry and the future of Virtual Reality

Can you tell us a little bit about the team who make up Black Dragon Studios, how you guys got together and what the origin of your name is?

Chris: 2 core members come from academia. Jon and Jules, having taught game design and animation for over 20 years combined at university level, became disillusioned with academic processes and decided to fulfill our dream of going out and starting our own studio. We all teamed up and here we are. For The Copper Canyon, Ben joined us as experience towards his masters degree and provided additional artwork and design as our Junior Technical Artist.

Let’s take a more in depth look at The Copper Canyon Shoot Out from the Steam page, where you can add it to your wishlist now, and purchase it from 30th April for £11.99

The Copper Canyon Shoot-Out is a frantic, fast paced VR shooter set in a Wild West themed world overrun by robots. You find yourself outnumbered and outgunned against an invasion of corrupted enforcement machines. You must fight your way through the Copper Canyon to rid it of this evil robot horde!

The Copper Canyon Shoot-Out has been developed by Black Dragon Studios in Unreal Engine 4 for VR, and supports both Vive and Oculus.

The Copper Canyon Shoot Out is out on 30th April on Steam, what was the inspiration behind the game?

Chris: The game actually came from an idea proposed by students Jon and Jules previously taught at Swansea UWTSD. Major influences in the design process were Robo Recall, Blood and Truth and the classics such as Red Dead Redemption, Good Bad and the Ugly and other classic Westerns.

What made you decide to create a Virtual Reality game?

Chris: VR is an emerging technology that is fun to learn about and also has great implications for the future of gaming and is a field that is rapidly evolving into the mainstream, so it seemed a fantastic opportunity to develop for VR. At UWTSD experimenting with VR development was an extremely fun area to work in. Black Dragon Studios has also produced virtual content for the ‘Past In Pixels’ organisation (which reconstructs historic sites such as shipwrecks) so we had some experience in the field.

Are you big VR fans? Do you have any other VR recommendations that you’ve enjoyed playing?

Chris: Jules is a big Elite: Dangerous fan and has spend many hours trawling the galaxy, crashing into things. I’m a huge fan of Subnautica and would love to try (but haven’t played) Gorn, Audica and Skyrim VR. Jon is a big fan of Robo Recall and Ben loves Arizona Sunshine.

What do you think the future holds for Virtual Reality? At the moment it seems quite niche, with most gamers not having access to a VR system. Will we see it becoming more accessible (price and computer requirements) and more of a household entertainment system?

Chris: As you mentioned, price is a big factor and once it becomes affordable to more people, the possibilities are endless. More dynamic, stable competitive multiplayer VR games will definitely become more mainstream (as is evident with ‘Pavlov’ on PC) and social media integration will be inevitable. Persistent VR worlds will mean people can live entire lives out in VR, but perhaps that’s a bit too ‘Ready Player One’ for the present. Also it will be great to see VR being used more in fields other than gaming such as phobia therapy and rehabilitation. There are also other technologies in development that will work alongside VR such as the Valve ‘Knuckles’ controllers that can track individual finger movement and the development or inside out tracking on headsets eliminates the need for complex set ups, opening up VR to even more

I love the fact that the Canyon is in South Wales, not to mention the owners of the Canyon’s name – Dai Davies. Weirdly, I know a few of those! Being based in Swansea, you’re obviously staying true to your roots! What do you think of the current game development scene in Wales?

Chris: There are a good number of independent developers in Wales that are working on unique and awesome projects. A large number of these seem to have sprung up as a result of game design courses becoming more widespread which has given a lot of people the skills needed to go it alone. What would be good to see is more games that have a Welsh aesthetic (hence us trying to weave some Welsh culture in) but a flat-out Celtic warrior battlefield sim or a horror set in the Welsh Valleys would be fantastic to see!

Now that The Copper Canyon Shoot Out is available on Steam, do you have anything else you’re working on, or can share anything about what comes next for you guys?

Chris: We sure can. Our next project is already well underway. ‘You’re Doomed’ is a top down, 4 player co-op twin stick shooter that is big on action, colour and over the top characters (one of who is Welsh). The trailer and playable pre-alpha are all on our Discord here.

In the Welsh Gaming Network we have a lot of young people who are just starting their development journey and hoping to have a career in the gaming industry. – do you have any advice for students or people just starting out, anything you wish you’d known earlier on?

Chris: Just playing as many games as possible is a great way to improve your understanding of game development – shooters, strategy, puzzle, driving games all have unique aspects to them that can be learned from and implemented into your design philosophy. Watching developer conferences such as GDC (over even better, attending if you can afford it!) and in depth technical overviews of games such as those by Digital Foundry are valuable resources.

As far as hindsight goes – never leave marketing on the back burner. Treat it as essential a component of development as the game itself – without a presence and following, it doesn’t matter how good your game is, it’s doomed to fail. Doomed I tell you! Also very important is maintaining an exceptional, stand out portfolio and choose an area of gaming that is special to you personally – don’t try to generalise too much as standing out is key, especially in the economy of today’s market where everyone is struggling for recognition.

A big thanks to Chris for answering my questions in depth and giving us some interesting insight into game development and virtual reality.

Now it’s time for you to get yourselves over to social media and give Black Dragon Studios a follow, as I’m feeling confident we’re going to be seeing some great games coming out of these guys in the future.

If you’re interested in reading about other Welsh development teams, we have interviews that might interest you:

And don’t forget whether you’re a successful or budding developer or just a gamer interested in connecting with local people and sharing interests, you can connect with over 900 members on the Welsh Gaming Network Discord.

About Athravan
Athravan - Christy - joined the WGN in February 2016. A keen writer and reviewer, she is currently the Editor of the Welsh Gaming Network. She lives in Cardiff with her husband and son, who was born in 2017. You can follow her Steam Curator "Play with Ath" by clicking the website link below.
View All Posts by Author
Visit Author Website
MSI RTX 2070 Gaming Z review
Arena Clash Summer 19 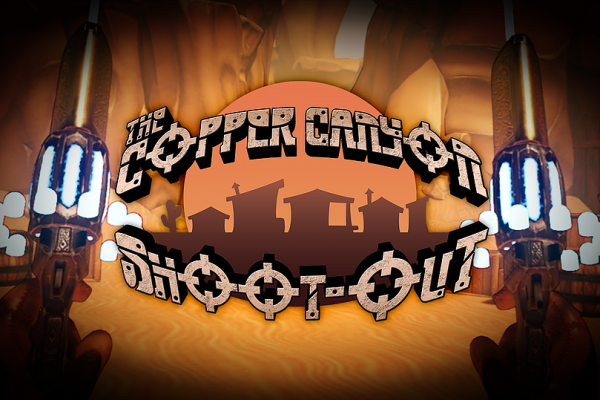 The Copper Canyon Shoot Out Review 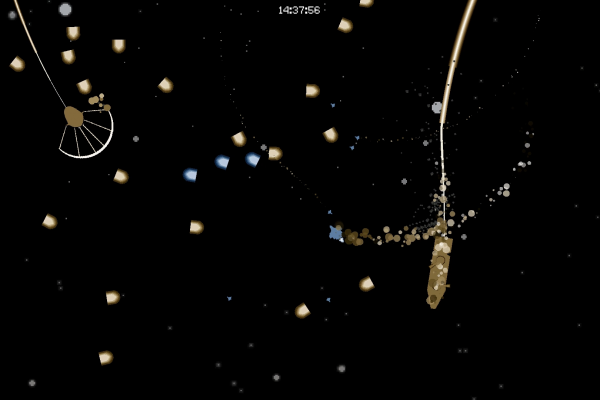 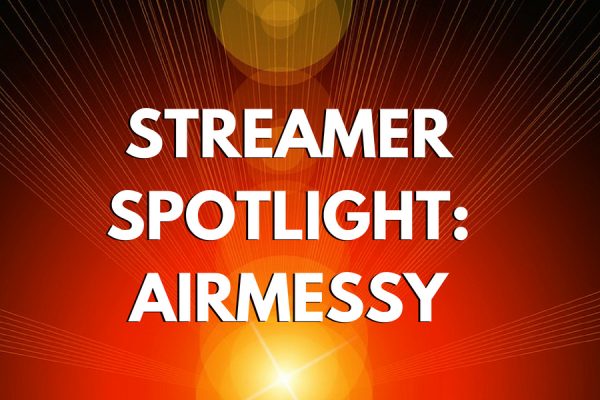