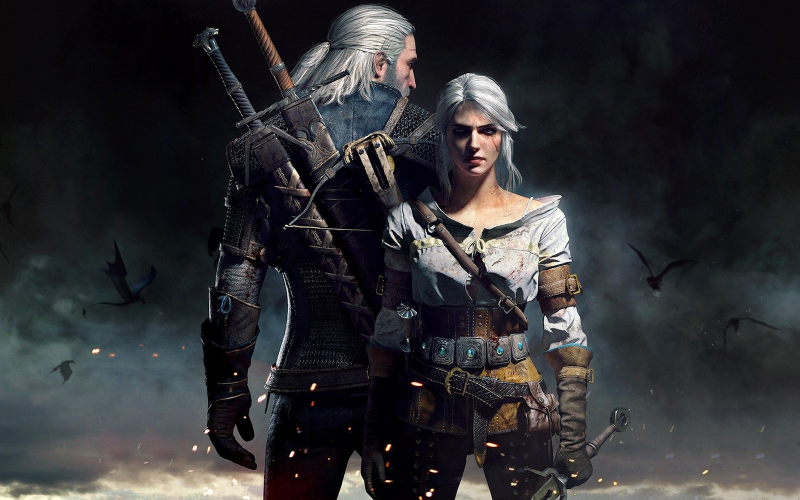 Are we in the midst of open world fatigue?

Gaming has evolved to include huge maps, side missions and traversal that can take hours. But are games now too big and are we getting a little fatigued?
SHARE
Facebook
F
Twitter
T
Google
G
Pinterest
P
COMMENTS
Spread the love

Gaming is like every other part of popular culture and like other mediums, it needs to evolve every once in a while. Starting with arcade games, gaming has had a relatively quick evolution as technology also evolves. Fast forwarding to the present day sees us smack bang in the middle of open world gaming. This isn’t some fleeting phase either. No, this is what AAA gaming is in 2019 and well, what gaming has been for a number of years.

By its very nature, an open world is vast and that vastness has to be filled if you’re going to keep your players where you want them – exploring the world you’ve spent years crafting. Normally, that means a map bursting with side quests, collectables and question marks. For many players, these things represent a challenge that they simply have to complete.

Completing that challenge however can be time consuming, frustrating and even tedious at times. So much so, players often move onto something different and whilst they intend to go back to that game, they never do. The result is a back catalogue of unfinished games that I’m sure most of you can identify with.

Back catalogues are commonplace

I have my own back catalogue of half-finished games and for me, the problem is simple – games are far too big. Or rather, I’m tired of how big games are.

Because of that, I made the decision to not bother investing in open world games until I’d finished the unfinished titles I already have. This approach should see my back catalogue diminish rather than increase and also save me money as most of the big titles should be a little cheaper by the time I get around to buying them. What it also means is that I’ve so far missed out on games such as God of War, Red Dead Redemption 2 and Assassin’s Creed: Odyssey.

Sure, it breaks my heart when I see adverts, streams and conversation about games that I’m not playing but the very thought of playing those games makes me tired. Thinking about the sheer number of hours I’ll have to give up in order to complete them is both exciting and daunting at the same time but deep down I know that I’m being sensible.

A golden age of gaming

Sure, life and responsibility play a big part in my decision but I was also the same when I had no real commitments. I’ve only mentioned three games that I’ve missed out on but we’re currently in a golden age of gaming. When I read reviews I see more eight to ten scores than I ever have done and those games come out thick and fast. At one point I had a new game arriving every two weeks and whilst I enjoyed them while I played them the result is a still unfinished. Witcher 3, Dragon Age: Inquisition and Middle Earth: Shadow of Mordor just to name three.

There are gamers out there that are able to invest their time into games of this size and I’m truly jealous of the time, dedication and willpower that they have. But there are other gamers who don’t have those traits or luxuries and are feeling a little fatigued by the current scale of AAA titles.

The popularity of smaller games

The evidence is there to back this up too. Whilst sprawling open world adventures often dominate sales, there’s also a huge market for smaller games such as the Crash Bandicoot N. Sane Trilogy, Spyro Reignited Trilogy and Unravel – more contained adventures that players can complete as when they want to and without the overbearing pressure of a map that doesn’t even fit on the TV screen.

The other thing that lends itself to this theory is the popularity of retro/mini consoles. The Mini NES and SNES (Affiliate Links) were sold out for large periods of time and now that PlayStation are in on the act it’s hard to see when demand for classic gaming is going to diminish. I think the reason retro gaming is so popular is similar to why games like Crash and Spyro bring in huge sales. They’re self-contained and (often) have great story arcs that draw players in. All without huge maps and 40,000 side quests to complete. Nostalgia obviously plays a huge part in the amount sales these consoles have seen but nostalgia isn’t the whole story.

To be frank, this is my experience and the way I feel about gaming. How I feel doesn’t seem to fit the narrative and maybe it’s just that I’ve not evolved as a gamer. Naturally, there’s a counter argument to what I’ve said here and that’s the beauty of gaming. It’s a diverse landscape that can work for whoever wants to pick up a controller, no matter what their circumstances. With that in mind, there’s not really a conclusion to be reached here. Are we tired of open world gaming? The answer is probably both yes and no. We like what we like and we make time for the games that we want to play.