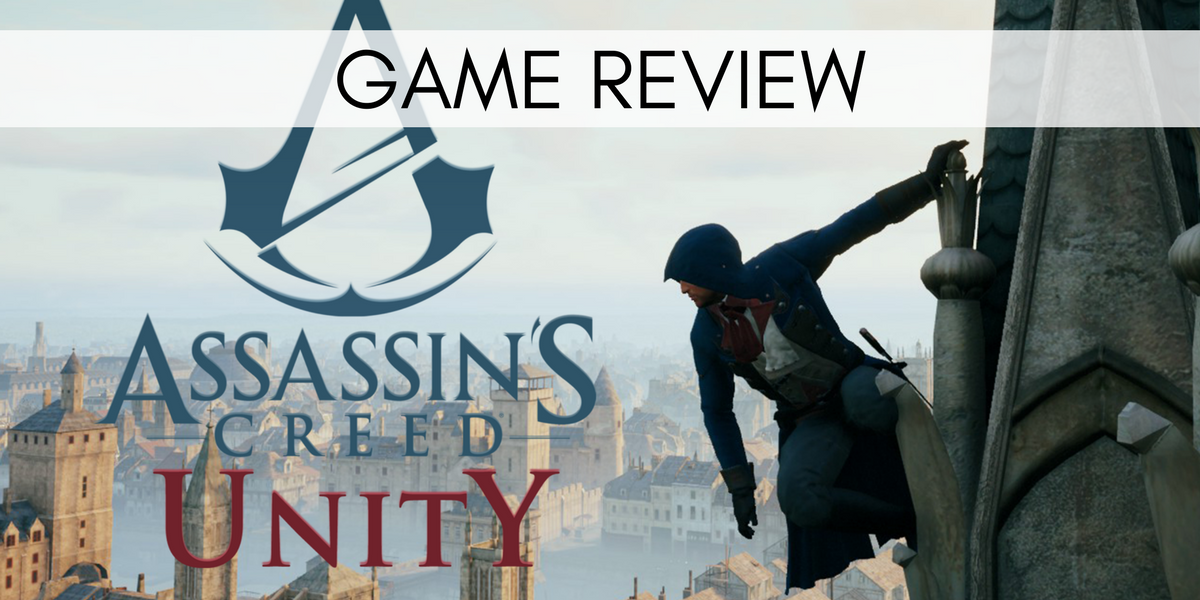 The eighth game in the Assassin's Creed series, can Unity live up to its successor, Black Flag? Check out our review on Xbox One.
SHARE
Facebook
F
Twitter
T
Google
G
Pinterest
P
COMMENTS
Spread the love

One issue I had with Unity straight off the bat is that there is only one save file with no option to delete. As I had played Unity before, I had to go through the Xbox One files to delete it before I could begin again for a fresh playthrough.

Unity starts off giving players a slight insight into the Templar order hundreds of years before the main game takes place which is when the focus shifts to Arno, the protagonist. We join a very young Arno meeting Elise, a major character throughout the game, for the first time, playing with her and learning how to both steal, and evade guards while also letting players learn the basic controls. Unfortunately for Arno, he returns to where he should’ve been waiting to find his father dead.

Jumping forward several years, Arno has now grown up under the guardianship of Elise’s father, François de la Serre. It was around this time I realised something that annoyed me through most of my playthrough of Unity, which was the voice acting. I found the English voice actors lacking and they didn’t make me feel like the Unity was set in France. The characters all sound like they’re from Britain and while others sound like they are simple putting on a bad French accent. After several hours of gameplay, I changed the language setting to French and kept English subtitles, which I found to be much more immersive. 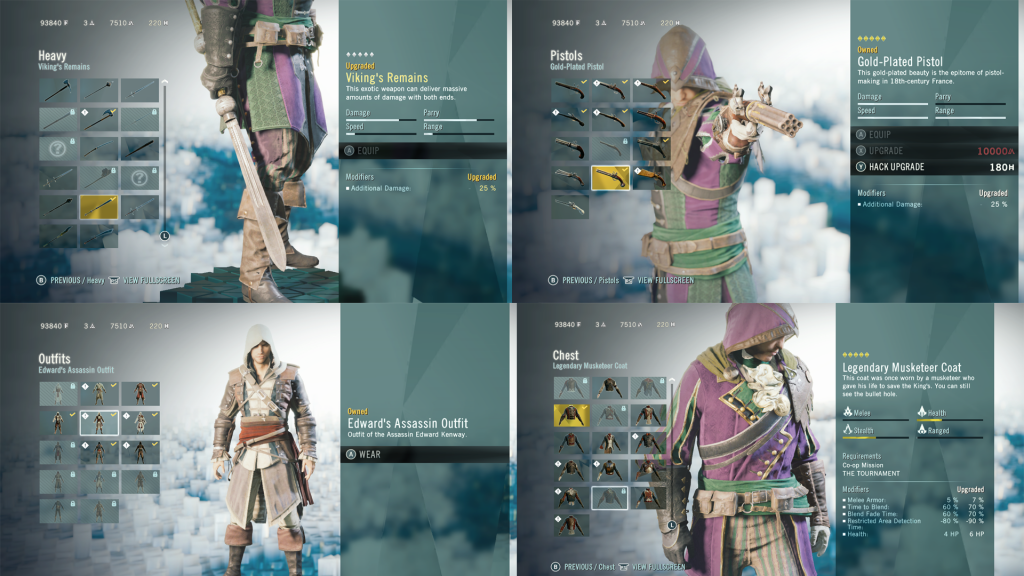 The combat system is introduced by having Arno defend himself against two brothers after stealing his watch back. While I first found it somewhat similar to the previous combat systems in the AC series, it quickly devolved into purely spamming the attack and parry buttons, where as I could play more tactically by deciding to attack or not. Fleeing from fights in this game was made irritating due to the inclusion of firearms, which to me felt too accurate for the time.

Departing from the previous games, Unity has more RPG elements for players to utilize. Weapons now come in three different styles, Light single handed weapons such as swords and maces, Heavy weapons such as bastard swords and dual handed blades, and finally Long weapons similar to spears and halberds. In addition to melee weapons, Arno also has access to both pistols and rifles, however rifles take both a melee and a firearm slot. Armour can also be changes, with each piece having different stats for more stealth oriented players or higher health and more ammo for players who want to make their presence known. Players can swap between weapons and armour in the menu, letting them choose what combat style they prefer. 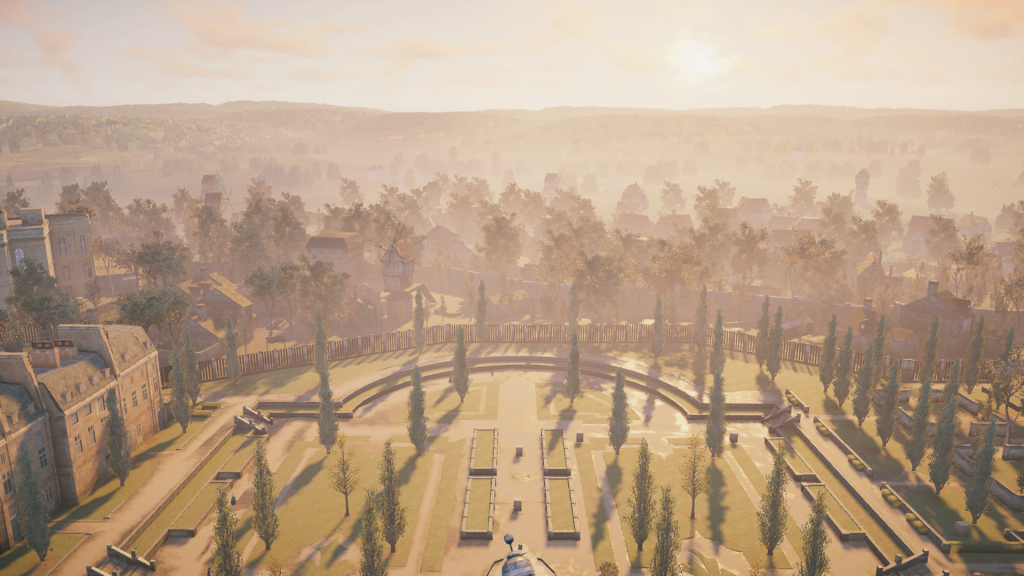 It doesn’t take long for Unity to open up the world. The only part of the world accessible to the player is a small town for the first chapter, before letting players freerun around 18th century Paris. Moving away from older games where there’s different areas, Unity has one city with multiple zone that vary in difficulty. The whole of paris is accessible to players, however some zones will be difficult if they are unprepared.

The overall graphical quality of the game is quite good, if quite dreary. The interpretation of Paris from the 18th century is a very bleak but filled one, with crowds of angry protesters spreading through streets and almost blocking off various areas. The colour schemes of most of the areas are a bland mix of colours with a few spots of vibrancy. In busy places that feature big crowds the framerate can drop significantly, however this could be due to the technical limitations of the Xbox One. 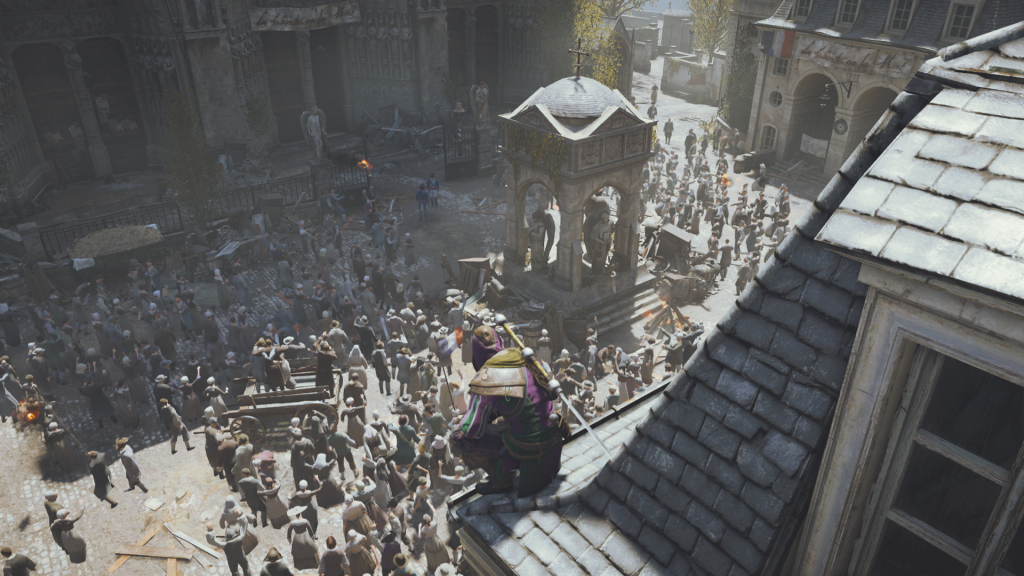 Controls in Unity were terrible and often felt like the game had input lag. Parrying attacks, attempting to climb buildings, and lockpicking all felt as if the button presses where a second or two behind when they were actually pressed, lockpicking being the worst. When trying to chase an enemy, half the time Arno would do what I wanted, but the other half would find him climbing on random walls or even coming to a complete halt.

The storyline of Assassin’s Creed: Unity wasn’t very memorable to me. I can remember a few key points but the motivation of the main character, besides trying to solve the murder of someone, never made itself obvious. Due to this, I found myself looking online for the story to refresh myself while playing and while writing this review. I also found myself skipping the dialogue of the side missions as they never seemed interesting to me. None of the characters seemed likable enough for me to care if they survived or not, including Arno.

After a few chapters, the ranged hidden blade is unlocked for players to use, making a stealthy approach to missions more feasible. Unfortunately, the berserk blade, a weapon that causes enemies to attack other enemies in range, is unlocked simultaneously and removes much of the difficulty. I completed several missions simply by causing a massive fight between enemies, watching the chaos unfold, then assassinating the remainders. In that time, I could even go to the closest merchant, purchase more berserk blades and continue.

Some story aspects that I do remember don’t make sense. Take, for example, in one mission, Arno has to destroy a building filled with weapons and gunpowder that could be used against the Assassins. Instead of escaping the building then lighting a fire or shooting a barrel filled with explosives, he decides to throw down a lantern. A few seconds later, he says “That wasn’t a good idea” and the player must escape the building quickly through the roof.

The enemies in the game, both the criminals and the guards, seem overly aggressive to players. Quite often I have simply walked passed them and they become “alerted” to my presence, even if I wasn’t doing anything that should cause them to want to fight. This includes simply being in the a public street with NPC’s then having a guard begin shouting and aiming their gun at Arno from a nearby rooftop. (As you can see if this gif, the guards attacked me for no reason, and completely ignored the other person killing someone)

A design choice I really took issue with was, when using a multi-shot pistol Arno would aim the pistol, fire once then place the weapon back in his holster before removing it and beginning the process again, making its use in combat very limited.

Another choice I found very poorly implemented was the DLC, Dead Kings. Players can access this DLC after chapter 4, but it takes place after the main game has concluded. The very first cutscene has a character than I had seen once in the main game at that point, but it seemed like players should know exactly who he was. I wasn’t able to return to the main game until I had completed the first mission of the DLC.

I’m sure many people know about the infamous bugs Unity has. My experience was no different. At least four times I ended up in an endless loading screen when first booting the game requiring me to completely reboot the game. I have seen enemies teleport, being shot by enemies looking in the opposite direction, my character randomly die and mission objective simply not appear.

In conclusion, while I had fun at several parts of Assassin’s Creed: Unity, I wouldn’t recommend the game due to the uninteresting story, unlikable character, poor controls and numerous bugs. I feel that Unity is a black mark on a good series, and am glad that Ubisoft improved on a many of the good points and removed a lot of the negative in future games. For any newcomers to the series who are looking for a good game to start of; For story, try Assassin’s Creed. For Gameplay, Assassin’s creed 2.  For visuals, Assassin’s Creed: Black Flag. 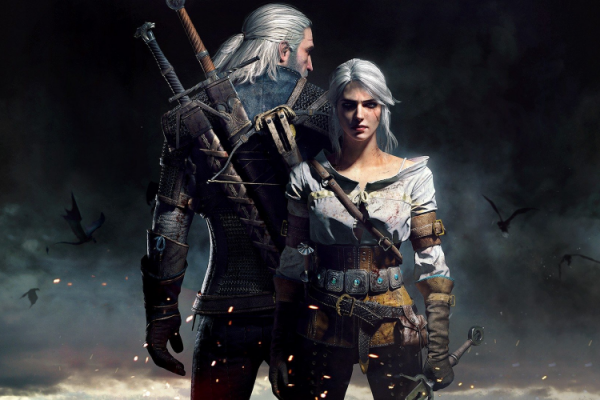 Are we in the midst of open world fatigue? 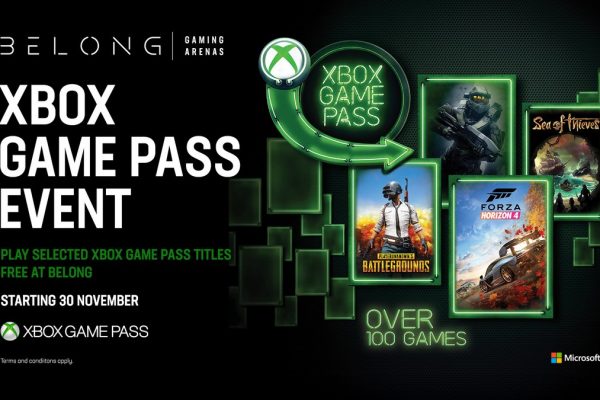