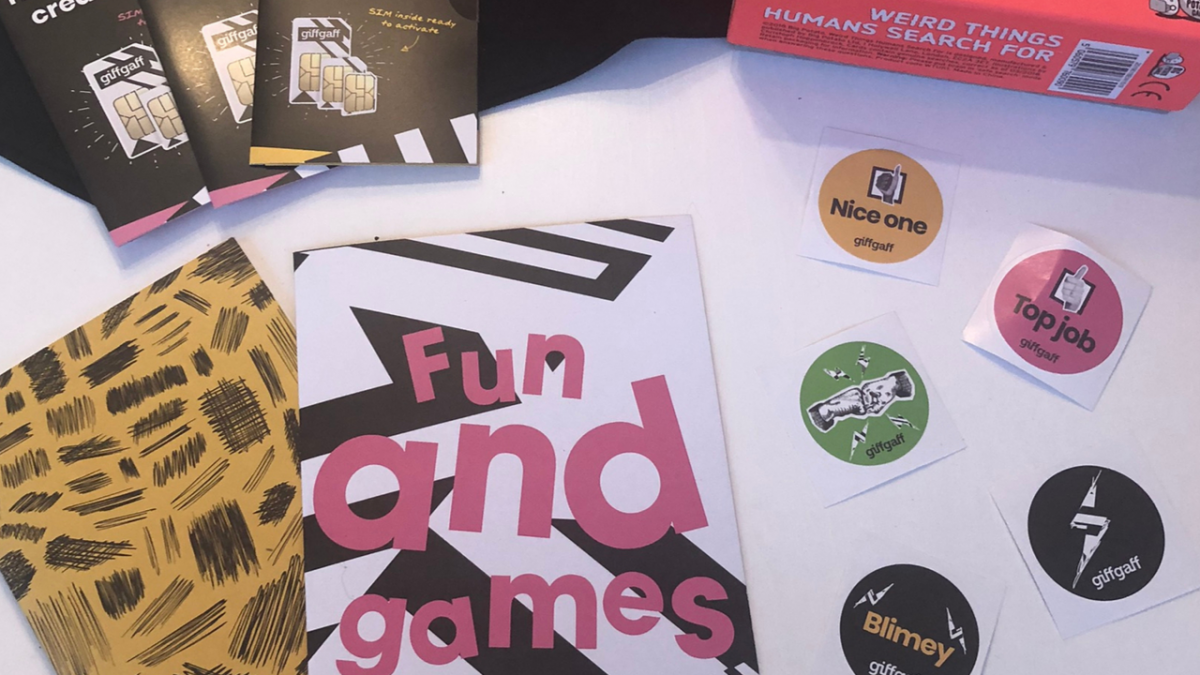 Board Games Night with giffgaff

Last weekend I hosted a board games night (sponsored by giffgaff as part of their #giffgaffgamers campaign) for some friends from the Welsh Gaming Network. I invited the staff around to my place because we simply don’t spend enough time relaxing and socialising anymore. It’s one thing I’ve noticed that gets more difficult as you get older – having free time and coordinating so you can actually see each other in person. When you think about work schedules, family schedules, distances to travel… meeting up just becomes really challenging. Chatting on the internet is great, but there’s nothing quite like a games night together (especially when there’s food and a cheeky cider involved).

Whilst the WGN primarily focuses on video games, we do love tabletop and party games too. If you’d like to chat about anything tabletop related, don’t forget to pop onto our Discord and check out the tabletop channel, from Warhammer to Magic the Gathering to Cards Against Humanity, you’ll find folks to chat to across Wales.

Socialising enhances mental health, creates strong friendships, helps with self esteem and gives a sense of community and belonging. It’s great to do in person, but if you can’t always meet up, keeping in touch online and over the phone is also really important. That’s why the Welsh Gaming Network is so important to the community in Wales as it gives an outlet for people with a shared hobby to come together and meet others.

giffgaff is a small mobile network that believes in listening to and rewarding members, working together to compete against the big boys and that’s something that really resonates with the WGN, since we’re also a small member-run community. Part of giffgaff’s community spirit is bringing people together, which they do with free sim cards, or monthly plans starting at just £6 for 500MB data, 300 minutes and 500 texts – enough to keep in touch with all your friends. Or for the serious phone user (which is probably most of us) you can get a whopping 40GB data, unlimited minutes and unlimited texts for just £20/month. You don’t have to sign up to a contract at all and there’s a lot of flexibility so you’re bound to find something that suits you.

For our giffgaff gaming night we were sent some party games by indie London board game makers Big Potato Games, including Weird Things Humans Search For, Obama Llama 2 and the Bucket of Doom. I love a proper deep RPG tabletop game but sometimes it’s nice to have something quick and crazy like these party games that you can whip out and have a laugh without spending an hour reading the ruleset. In Weird Things Humans Search For you have to guess what odd stuff people have searched for on google, and the answers are often not at all what you’d think they should be.

Wow, people search for the weirdest stuff! Do I even want to know?

The second game we played was the Bucket of Doom.You’re given a crazy situation and have to create a story to explain how you escape from the situation based on the cards you’ve been dealt. I’m not sure any of us would actually have escaped…

Obama Llama 2 was the third game we played before our food arrived and this is a charades inspired rhyming team game. We didn’t click as well with this one but it certainly seemed like a unique concept and this one is family friendly so the whole gang can join in. Our food arrived after this and we dug in to a delicious Indian.

After that we played a game of Munchkin, which is one I own already and can bring to any WGN meet ups in the future. This is a dungeon-lite table top game where you create your character, level up and beat monsters… whilst alternating between cursing the other players and begging them for help. We’d only planned on a quick game, but it turned into an epic 2.5 hour marathon game that had us all sitting at level 9 knocking each other back. Dave died and then Stacey bribed him with McDonalds to help her finally take the winning spot. Do you think that’s cheating?! Oh well. At least I beat my husband!

We had a great night and it just goes to show that you don’t need a massive event to play board games and have fun. You can just invite a few people around and have a chilled out evening together, whether you’re into tabletop games, miniature painting, video games, D&D or something else entirely.

A big thanks to giffgaff for sponsoring our board game night and helping us highlight the importance of keeping in touch, socialising and community!

About Athravan
Athravan - Christy - joined the WGN in February 2016. A keen writer and reviewer, she is currently the Editor of the Welsh Gaming Network. She lives in Cardiff with her husband and son, who was born in 2017. You can follow her Steam Curator "Play with Ath" by clicking the website link below.
View All Posts by Author
Visit Author Website
InstaSpeedathon 2020 Submissions are now Open
Moo Moo Move – Welsh Tranzfuser Winners’ Successful Game Release
COMMENTS 38