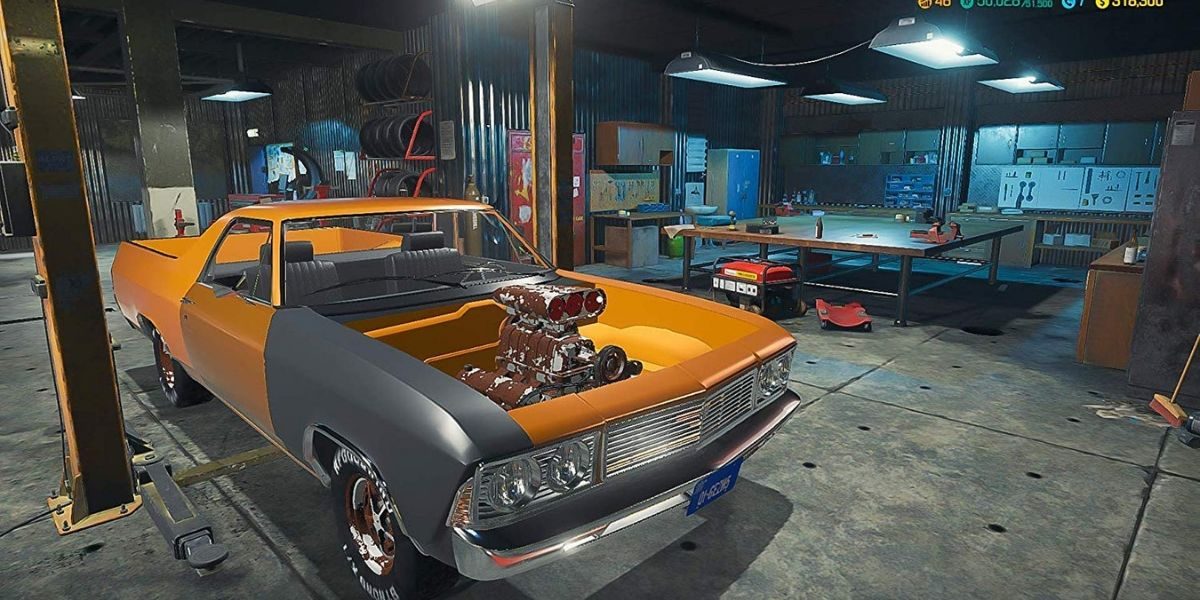 Car Mechanic Simulator is developed by Polish game developers RedDot Games and published by PlayWay, with the latter being known for their support of Simulator titles. It released on Steam in July 2017 and made it’s way into the console world, releasing in June 2019 for Xbox One and PS4. PlayWay provided the Welsh Gaming Network with a PS4 key for review.

Car Mechanic Simulator is exactly what the title suggests, a simulator based around working on various cars, using tools that you would find in any standard garage. Like most simulator titles, unless you are in sandbox mode, there is a lot of grinding and repetition required.

The game revolves around picking up tasks from a list, which range from basic tasks such as changing tyres, oil, and brake pads, up to the more complex issues such as the car won’t start, and it’s down to you to find out why. Could it be the ignition coil, fuel pump or one of the many components that make up a car engine?

The only way you are to going to find out what and where the problem is, will be stripping down the engine and inspecting each part until you find the culprit. Once you have found the source of the problem, it can either be repaired on a tool bench or you can search the online parts shop and purchase a replacement.

That is pretty much the game in a nutshell, pick a task, find the problem, fix the problem and return the car.

There is the option to look through barns, scrapyards for old cars and parts, but the time this can take, over just heading to an auctions and purchase a car to restore/repair and sell for a profit, is so long that that most players will probably choose the simpler option if they have the funds available. In the early game, due to your starting finances, it will take a lot of grinding and repetition before you reach the point that you can buy a car.

With each task that you complete, users earn skill points, which give access to faster tools, parking areas, larger garages, and a host of other items, which will make life easier in your garage.

The original game was released on PC and did not feature a tutorial on basic play, so I wasn’t that surprised that one hadn’t been included in the PS4 version either.

Having owned this game on PC, I found the PS4 controls clumsy and clunky at first and some things felt unnecessarily complicated. For example, using the right thumb stick to move a cursor to focus on parts was especially fiddly when it involved the smaller parts. In the console version RedDot have simplified the way removing and fitting parts is completed. On the PC version, users are required to focus on each individual bolt, the PS4 version only requires users to focus on the first bolt and the game auto removes/fits the other bolts on the components (I did not try the game on the hardest setting).

Overall, if you enjoy tinkering with cars, or simulator titles, Car Mechanic Simulator 2018 will have something for you, but without that tutorial, casual players may spend a significant amount of time before they really get into the nuts and bolts of each car.