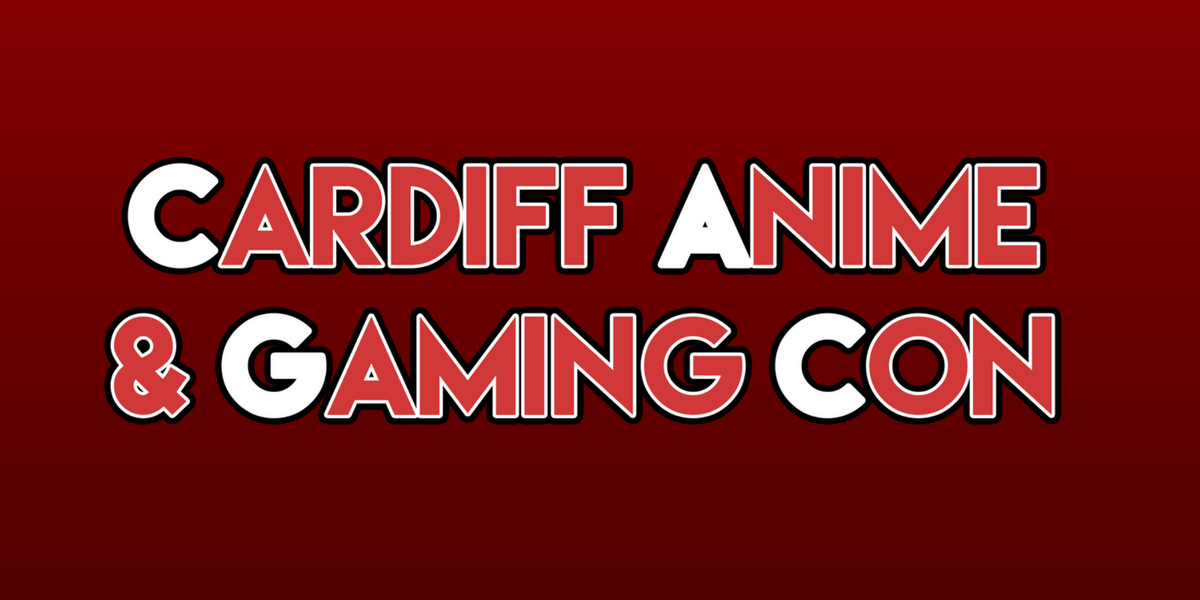 A look back at the Cardiff Anime & Gaming Con

WGN writer RachelW headed to the Cardiff Anime & Gaming Con and brings us all the details about the event. Next on in August, so if you missed this one, save the date for next time!
SHARE
Facebook
F
Twitter
T
Google
G
Pinterest
P
COMMENTS
Spread the love

On a rainy Saturday morning (typical welsh weather) I had the opportunity of checking out the Cardiff Anime and Gaming Con. This years con took place in the swanky Mercure Holland Hotel and took over four floors of the hotel. The con is run by Animeleague who run Anime and Gaming Cons across the UK; London, Manchester, Liverpool Birmingham and Cardiff! Cardiff doesn’t get many conventions which cover anime and gaming, and as a fan of bigger conventions like Hyper Japan and MCM, I was excited to see what this mini-con was like and was not disappointed.

The Gaming Zone took place on the Third Floor and was divided into two rooms, the modern gaming room and the retro room. The Modern Zone was quite busy but not overwhelming, the con website described it as “a casual chillout area for gamers by gamers” and I think this was an accurate description. The room was a lot smaller than the open spaces of downstairs but the layout of the monitors was nice and spacious, at least two people could sit at one screen. There were around 30ish computers and consoles set up (with some pretty decent hardware) with a variety of games. I was expecting all of them to be multiplayer but I did spot a girl playing Undertale quietly on her own which reflects the overall vibe. The desk to sign up to tournaments was right next to the entrance with a schedule clearly displayed. There were tournaments going on throughout the day such as Smash 4 Doubles/Singles, League of Legends 1v1, Tekken 7, Mario Kart 8, Overwatch, Street Fighter V. 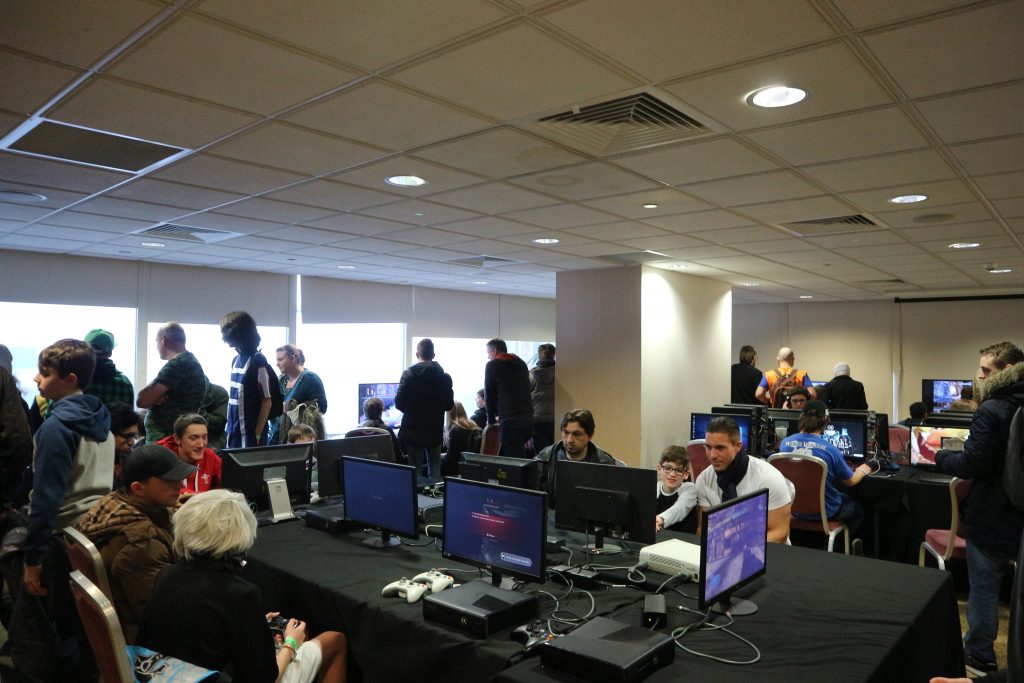 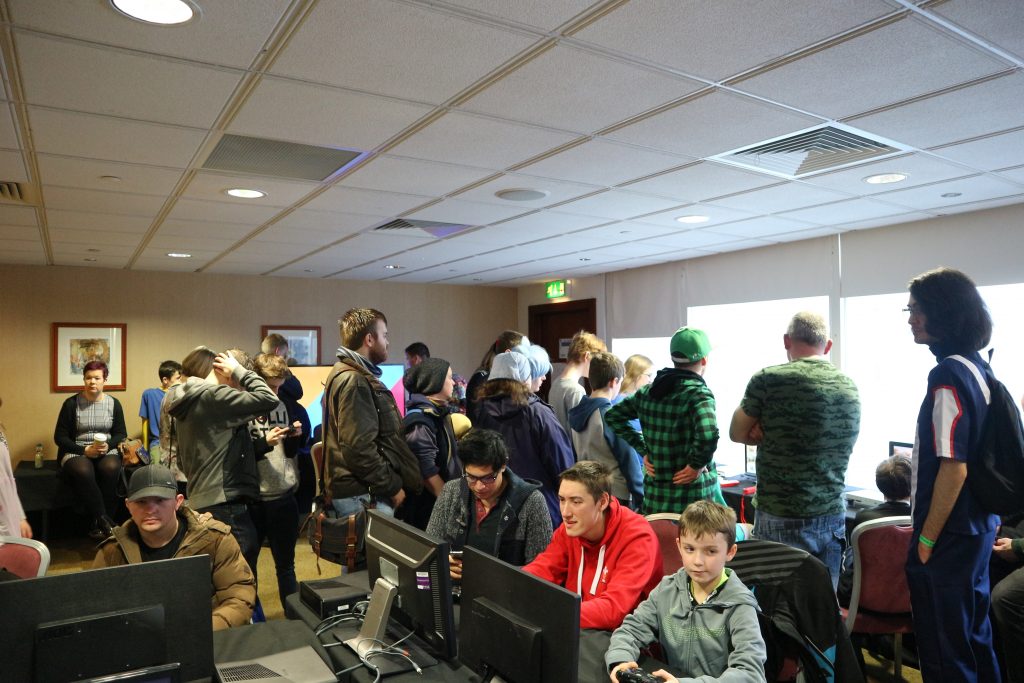 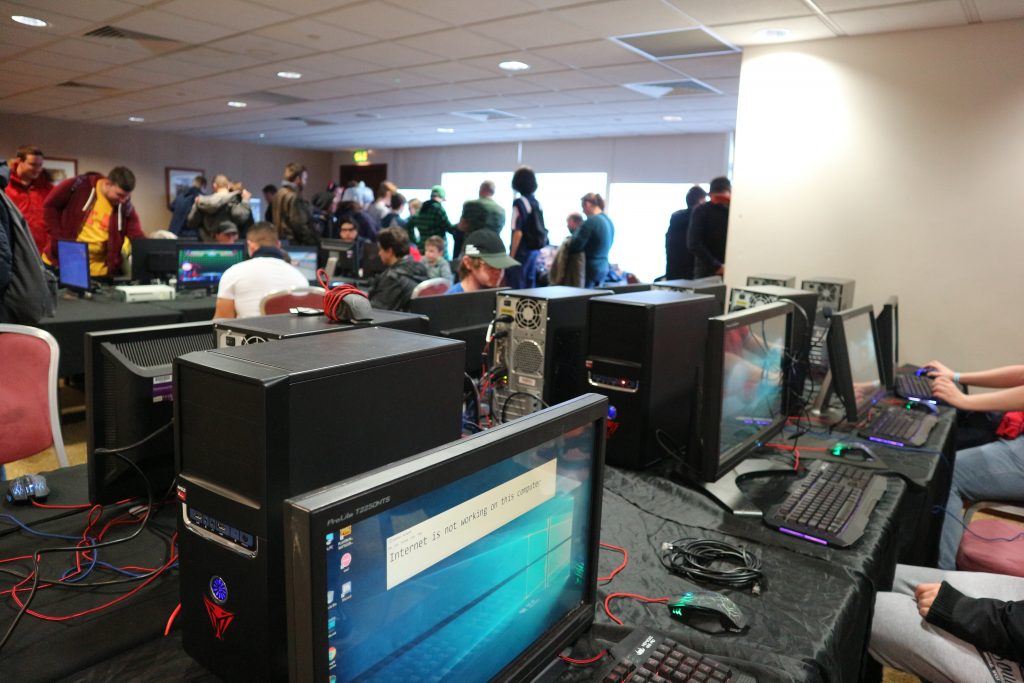 Whilst I was there I saw the Mario Kart 8 tournament in progress, or at least I think I did. The reason for this is that the tournament took place on a small screens. This meant that there was a crowd surrounding the player and made it difficult for other onlookers to watch. A designated area with a big television would have been really great, I did see other parts of the floor that could have been used but maybe they were not allowed to be used for the con? Regardless, the rest of the room was set out nicely and there were plenty of games to play and the atmosphere was friendly.

The Retro Zone was in a different room, tucked away from the chatty Modern Zone. It had a totally different vibe, it was more empty and quiet. They had around 10-12 consoles set up including the N64, NES, SNES, Sega Megadrive, Sega Saturn and more. With a friend we had a fun time playing Turok, GoldenEye 007 and Sonic and Knuckles and (apart from a false fire drill) had a particularly relaxing time. 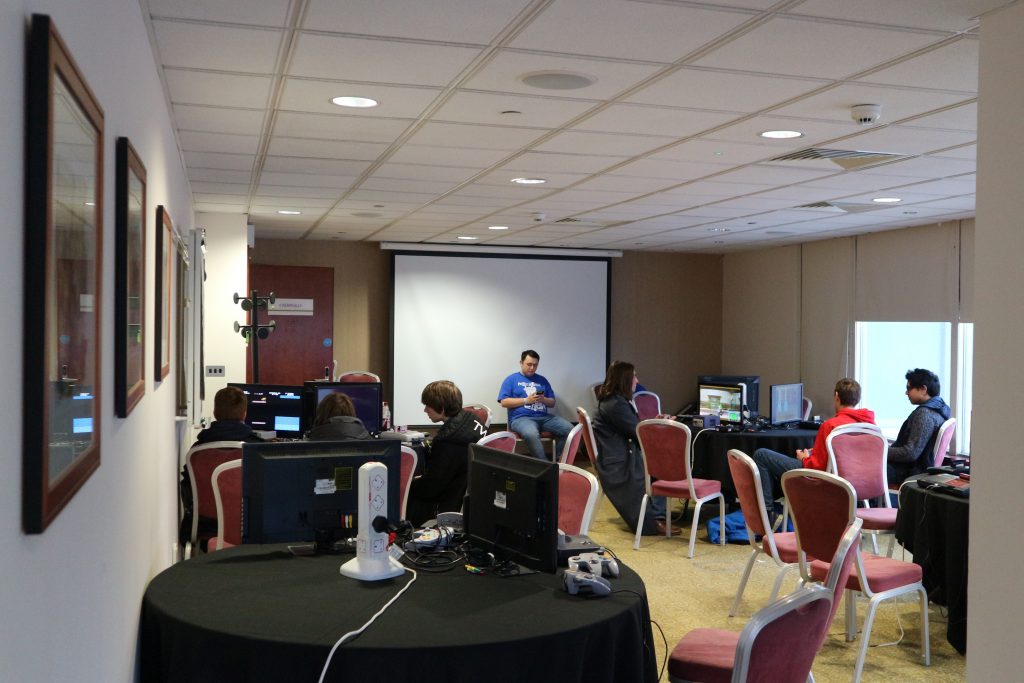 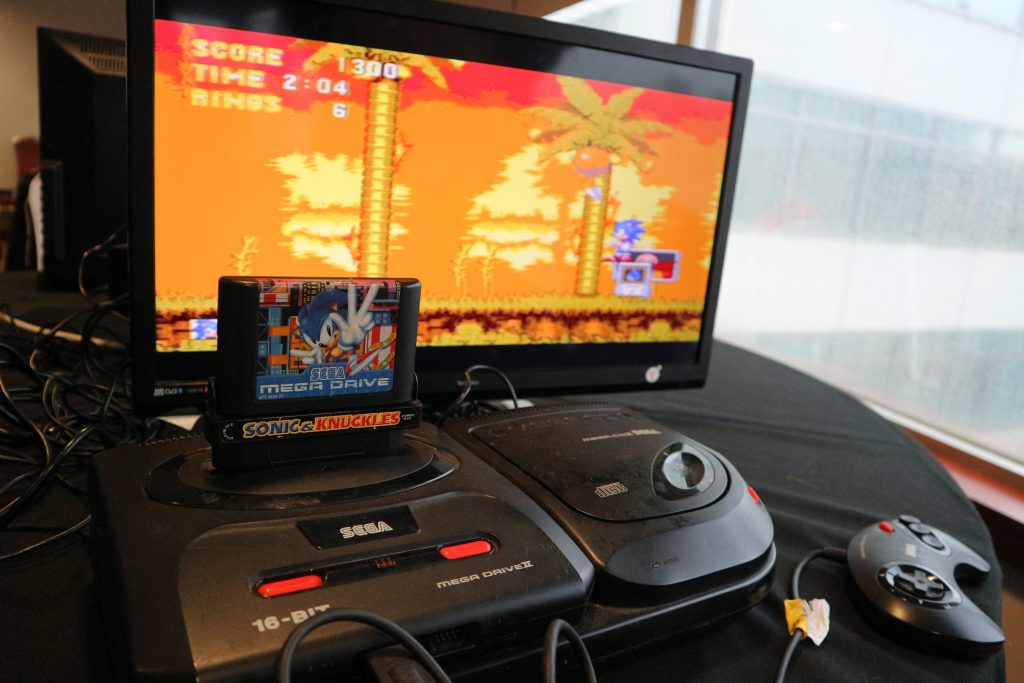 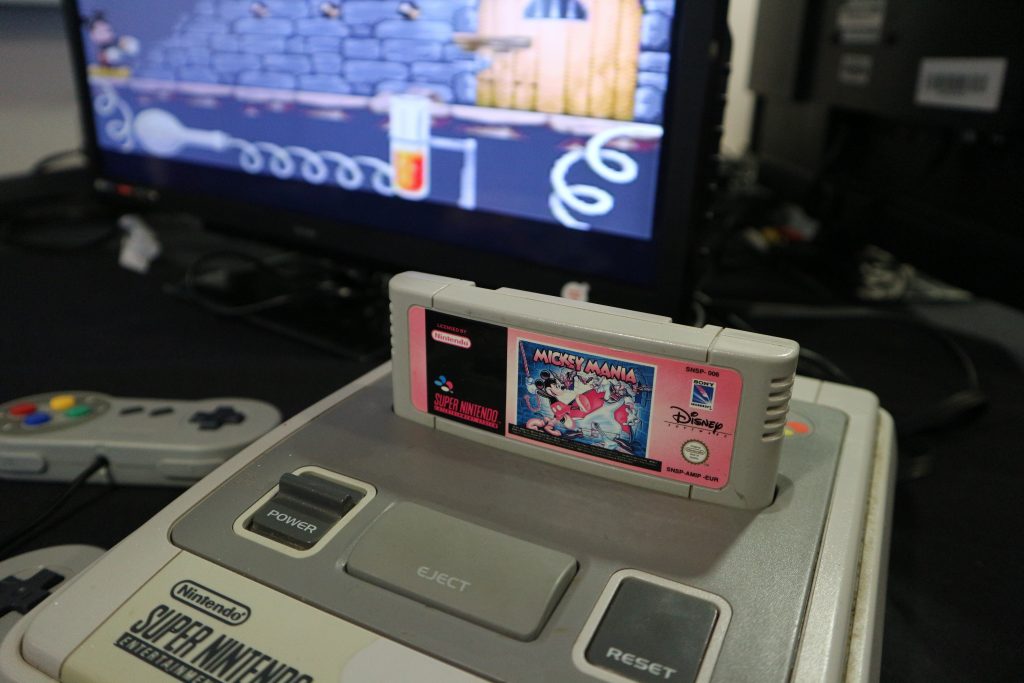 Overall, I had a fun time at this year’s Cardiff Anime and Gaming Con. For an anime fan it’s a no brainier, but for the gaming experience alone I think £12 (on the door) is worth a ticket and you would be supporting these kind of events in Wales. If you missed out this time, you have another chance since the con will be returning to Cardiff on the weekend of August 19th and 20th. My advice is to plan ahead and book in advance online to get cheaper tickets and also to bring an umbrella.

The Cardiff Anime & Gaming Con will be returning on 18th & 19th August. The Welsh Gaming Network are looking forward to visiting again, so set a notification in your calendar so you don’t forget! You can follow the Cardiff Anime & Gaming Con on Twitter or visit their website for news and updates. The WGN would like to thank the organizers for providing us with a press pass to the event. As usual we’ll be bringing you all the news of the next one on our website, Twitter and Discord too.

About RachelW
Rachel is a freelance videogame writer from Cardiff. Wandering from the world of cinema into the realm of videogames, she is mostly interested in 'stop and smell the flowers' kind of games and enjoys tending to her virtual plants.
View All Posts by Author
The Epic PUBG Showdown!
News: Time Carnage 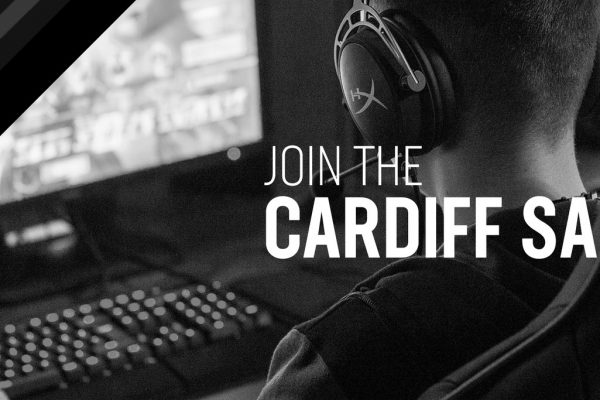