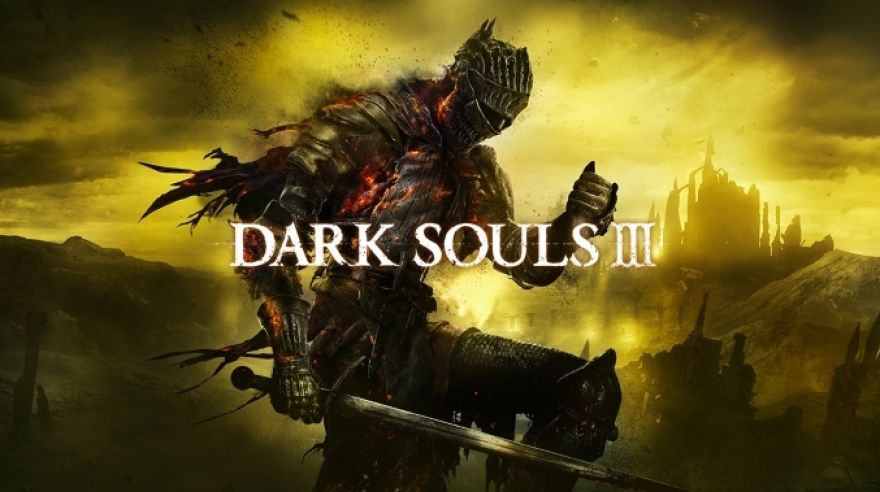 Dark Souls 3 released on March 24th 2016 on PC, Playstation 4 and Xbox One. You can purchase the PC game on Humble Store or Steam. Two DLC are available – Ashes of Ariandel (24th Oct 2016) and The Ringed City (27th March 2018) to add more content to the base game, but these have not been reviewed here. The current Deluxe Edition includes the Season Pass.

Anyone who has played a Dark Souls game will already be familiar with the nightmarish fantasy world brought to life by the twisted genius of Hidetaka Miyazaki and the From Software team. As the third installment in the popular franchise, Dark Souls 3 does not disappoint. As for anyone playing Dark Souls for the first time, the maddening descent into a world teetering on the edge of utter destruction is a journey well worth the effort. 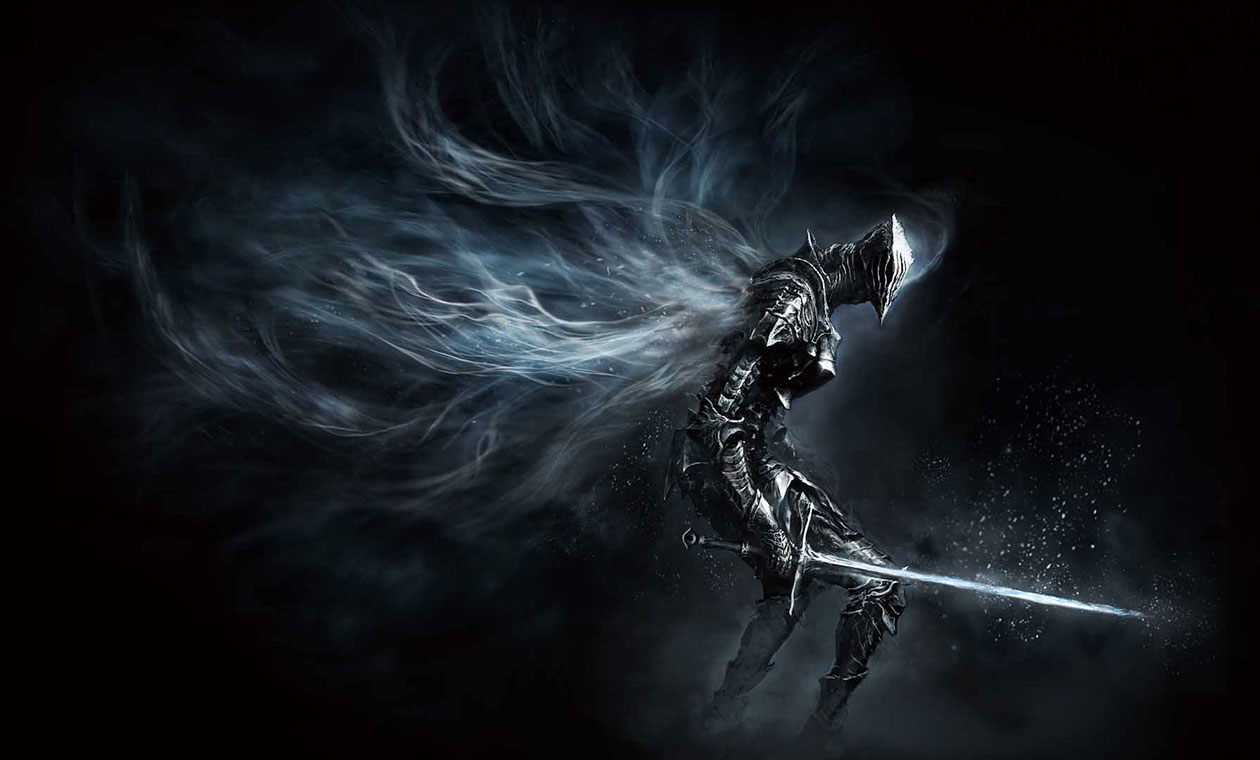 The land of Lothric

Set in the distant kingdom of Lothric, Dark Souls 3 has a visually impressive and immersive world where the key to survival lies not only in your chosen characters’ abilities, but also in thorough exploration of its gothic environments. From lofty mountains to subterranean lakes of fire, Dark Souls 3 has much to offer and its level design is some of the best I’ve seen. This is a game that asks much of the player, but rewards those who are willing to put in the time. At first glance any particular environment may seem simple enough but give it a second look and you will find no end of secret passages, hidden chambers and shortcuts that reward the inquisitive player. I found myself returning many times to places I thought I had exhausted only to find treasures I had missed and locations that I hadn’t even noticed first-time through. It is this level of depth that provides hours of gameplay in exploration alone.

A fight for survival

For fans of combat Dark Souls 3 provides a wealth of opportunity to tailor your combat style to how you see fit. From the character creation screen, right up until the end credits, Dark Souls 3 offers a wide selection of choice. From all-powerful wizards to broad-shouldered warriors, this game gives you ample choice in how you choose to play. There is also the introduction of some new aspects, with twin-wielded weapons now playing a significant role for anyone fond of dexterity-build characters. With these types of weapons new attacks become readily available, adding a further dimension to the tactical combat that Dark Souls is so popular for. All weapons now also offer the use of a special attack, resulting in greater versatility in combat. Such attacks are carried out with the use of Focus Points, a third power bar, which can be replenished with the new ashen estus flask item.

Being the third Souls game (fourth if you count Demon’s Souls) the combat system by now is almost perfect. However, there still remain issues with the camera. On more than a few occasions the camera has drifted the wrong way, spun out of control or been caught behind scenery, only to result in my imminent death. As far as combat goes the camera is mostly fine, but there is still that odd moment when the camera betrays the player. Though this is a minor issue at most it can still be irritating, especially when locked in a life-and-death struggle with a boss.

Of course, the Dark Souls series has always had a reputation for its often brutal difficulty, and while the game can be challenging, it is worth pointing out that it never feels like an unfair experience. Dark Souls 3 is a game that will not hold your hand and walk you meekly through its journey. You will have to fight for every inch of progress you make, but in the end it is all the more rewarding because of it.

As for the online play, little has changed since the previous games. Summonings and invasions provide the basis for cooperative or competitive gaming while covenants provide alliances and the manner in which you are called into another player’s game. Dark Souls has always been primarily a single-player experience but the added element of online play does provide another level to the game, with other gamers offering to aid you in your own adventure by being summoned into your world, or even just by leaving useful hints scrawled upon the ground. It’s always good to know that if you should find one particular part of the game too challenging then you can usually rely on someone to help you out.

The end of the world

Dark Souls 3 is not a game where the story takes front and centre. Anyone looking for the kind of story-based immersion of games like The Witcher or Skyrim will likely be disappointed, but that is not to say that Dark Souls 3 has no story. Like everything else the game has to offer the player will have to work for it, uncovering the whole story from pieces of the lore found scattered about the world. Anyone willing to search for its mostly hidden story will be rewarded with vast and intricate details that only deepen the experience that Dark Souls has to offer.

Fans of the first game will notice that Dark Souls 3 is a return to so much of what the original offered. Some fans felt that the franchise lost its way a little with Dark Souls 2, so this return to its roots may be a welcome surprise to many, even if there are some moments that feel like they have just been rehashed with little thought. Personally I felt that there were some moments when I was just playing the original all over again, particularly when I was in Farron Keep, an area covered in toxic swampland that seemed a bit too similar to the Depths featured in the first game. 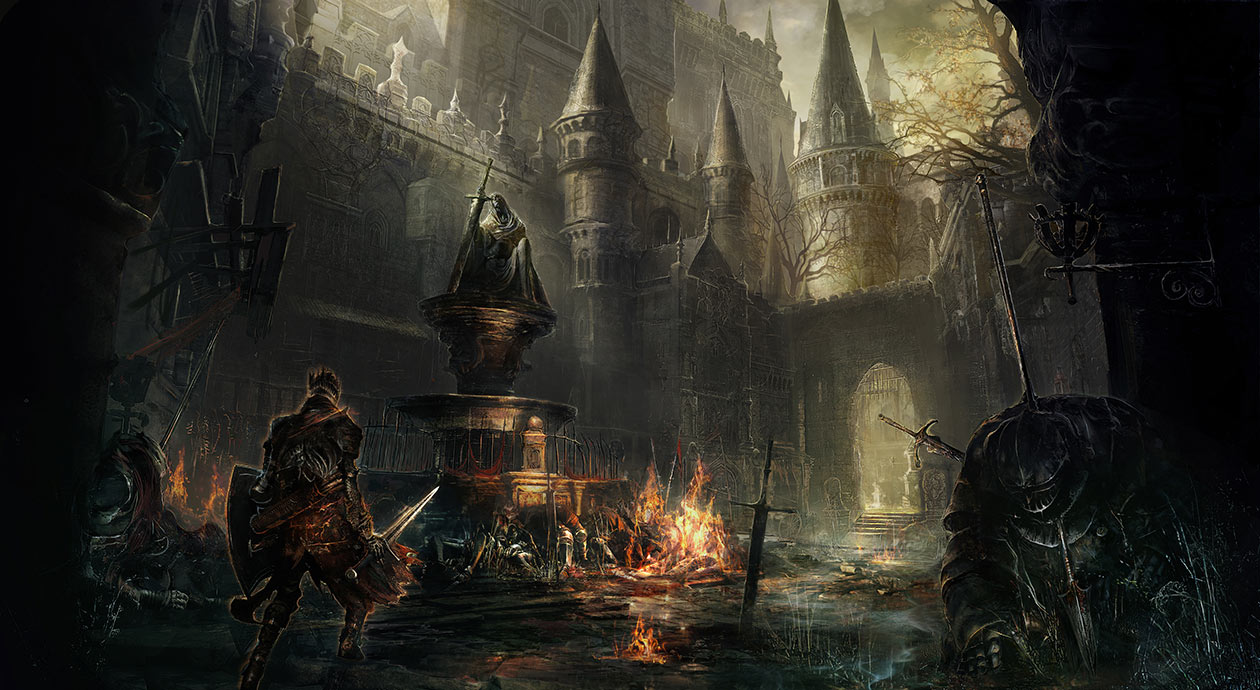 While not a huge visual improvement over its predecessors Dark Souls 3 still manages to be a beautiful game. The environments are well detailed and immersive, enemies are nightmarish and bizarre, and character detail is well rendered and unique. Of particular note is the enemy design which ranges from the enjoyably familiar to the absolutely horrific. One enemy that will stay with me for a while are the sewer centipedes. These enemies at first appear to be the corpse of a woman but possess long spidery limbs that propel them forward at an alarming speed. It is this kind of harrowing enemy design that Dark Souls truly excels at, and there are many such enemies to torment you in your journey. Unfortunately this does not always extend to some of the boss fights, and while there are many great boss fights in the game, some of them remain quite bland and forgettable.

But for anyone willing to brave the journey Dark Souls 3 provides apocalyptic fantasy horror at its finest, and while there are times when certain parts feels hackneyed and overused, the game does an excellent job of providing enough of a challenge to keep gamers on their toes. If this is to be the last game in the Dark Souls trilogy then it is a fine send off to a franchise that has made its mark and redefined what fantasy action-adventure games can be.

About Joe
Writer, gamer, scoundrel. Born in Cardiff, raised in South Wales, never managed to leave. Why would I want to?
View All Posts by Author
WGN Partner with VPG
Streamer Spotlight – Airmessy