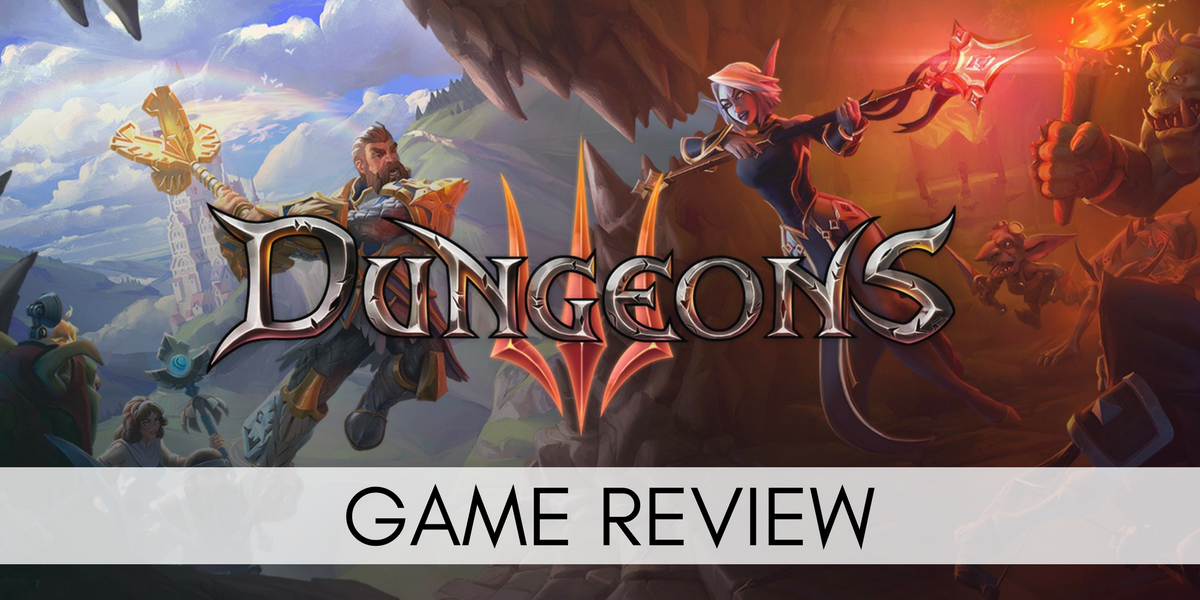 Dungeons 3 is the latest installment in this Realmforge Studios series, heavily influenced by the original Dungeon Keeper series by Bullfrog which released in 1997. I played Dungeon Keeper on release and have a lot of fond memories of it, which probably reveals just how old I am. Dungeons was pretty awful (but I still played it!), Dungeons 2 was respectably decent but with a lot of room for improvement, and Dungeons 3 has stepped up the game again and gets a solid really good but not quite perfect rating from me. There are some other very respectable titles in this genre, including War for the Overworld, which stays a little truer to the original Dungeon Keeper but lacks the comedy aspect of the Dungeons series. 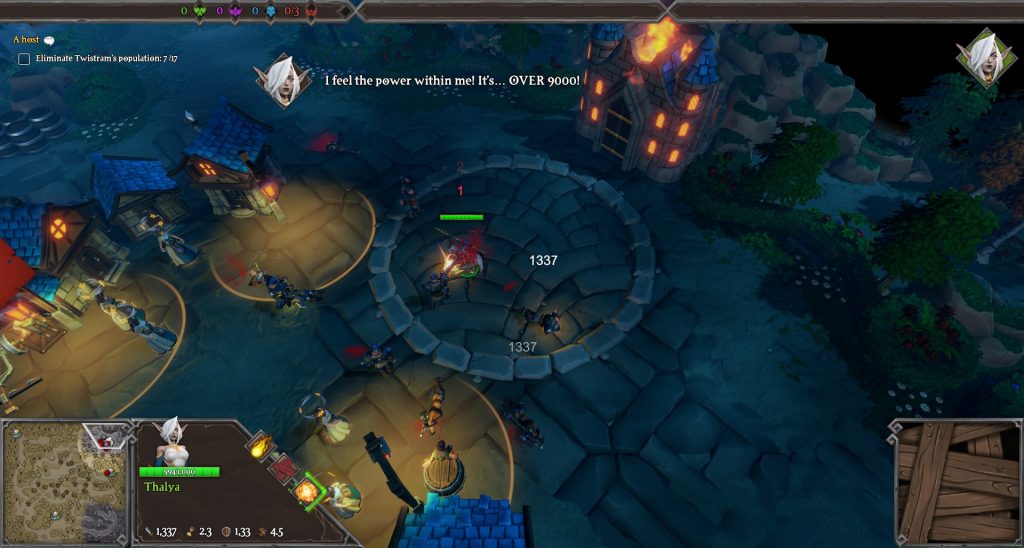 It follows on the trend of the previous games, with a humorous narrator and at least 5 billion jokes and puns, most of which I fully understood, which I think makes me some sort of epic nerd. It uses the same voice actor for the narrator as Dungeons 2, for which I’m grateful, as Kevan Brighting is seriously talented and has gained a lot more recognition now after being the narrator for The Stanley Parable. Added to that, it has cartoonish, colourful graphics and doesn’t take itself seriously at all.

“As the Shadow of the Unspeakably Evil Evil moved through the world, all around it died. Plants withered, animals perished… Sort of like a picnic with my family.”

Despite it’s rather frivolous overtones, the story is well written and actually has some decent character development and plot arcs if you’re completing the campaign.

“Though he was aware that, as a Dark Elf, she had always had a core of evil in her, he had hoped to defeat it through religious indoctrination with ancient mad writings…” 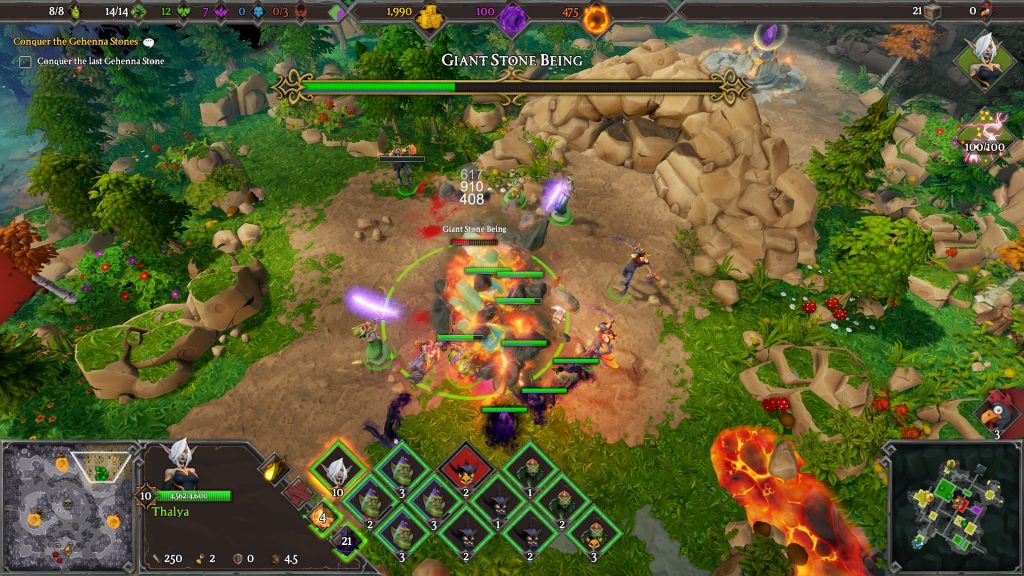 The gameplay is a mash up of Dungeon Keeper and Warcraft RTS. In the underworld you build a dungeon filled with traps and torture for any hero who wants to have a go at taking down the ultimate evil, whilst keeping your armies from hell well fed, entertained and happy. In the overworld you go on a quest to pit evil vs good and with army management, resources and spells. Both levels have complexity and depth and the controls have been made a lot more accessible than in Dungeons 2, which was a bit of a hot mess in places.

That being said, the UI still needs a lot of tweaking and the first priority should be setting your hot keys, because the pull from the left menu is incredibly annoying to use in the heat of battle. It’s definitely an improvement; but they’ve not nailed it yet. 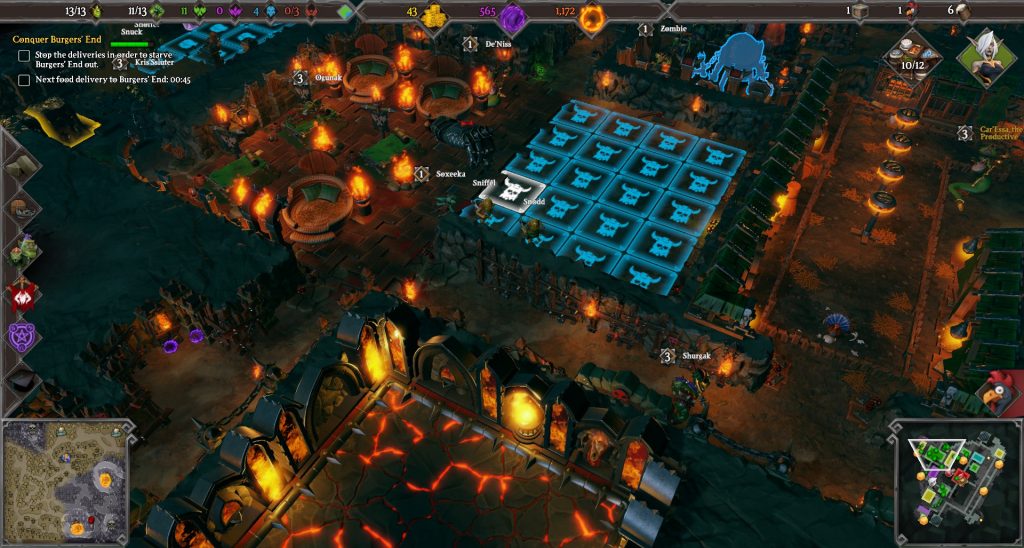 In addition to a fairly in depth campaign that should take about 20-30 hours to complete, there’s an impressive skirmish mode. You can have randomly generated maps, a lot of settings and the AI seems to know what it’s doing, allowing for some serious challenges. There’s a multiplayer mode for pitting yourself vs random opponents or your friends (frenemies?), and you can also play the game in co-op mode, although I didn’t personally get to try this out, having no friends. Wipe away your single tear, even playing this solo it offers plenty of fun.

Dungeons 3 will never return that feeling of nostalgia I have from the original Dungeon Keeper – but it does feel satisfying, fun and entertaining to play. Sometimes it’s nice to just be evil and torture people to death, raise a few demons and control the undead whilst daddy yells at us for being naughty. Wait, do I have some underlying issues there…? 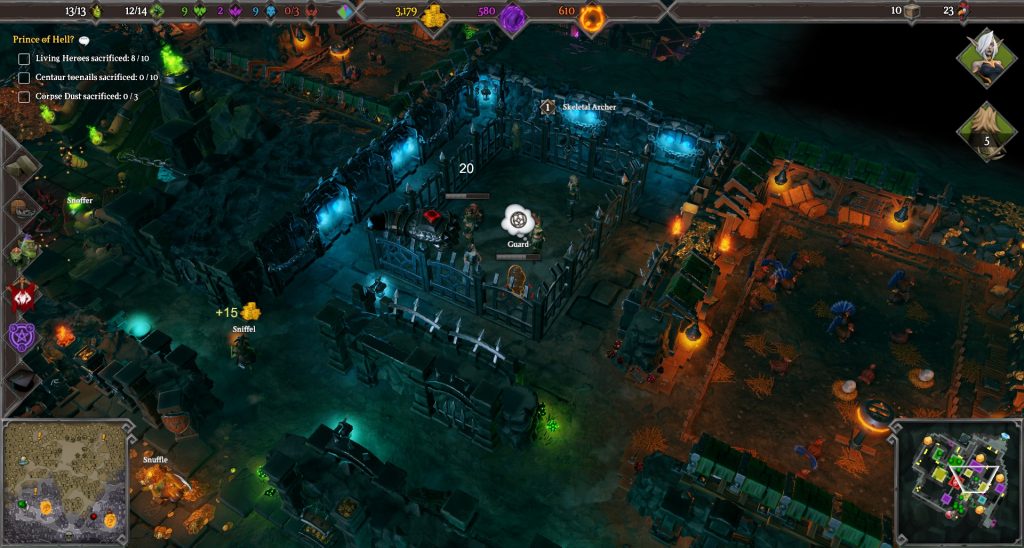 A well polished, addictive installment to the series, highly recommended.

About Athravan
Athravan - Christy - joined the WGN in February 2016. A keen writer and reviewer, she is currently the Editor of the Welsh Gaming Network. She lives in Cardiff with her husband and son, who was born in 2017. You can follow her Steam Curator "Play with Ath" by clicking the website link below.
View All Posts by Author
Visit Author Website
Divinity: Original Sin 2
Till the Dawn, Waiting