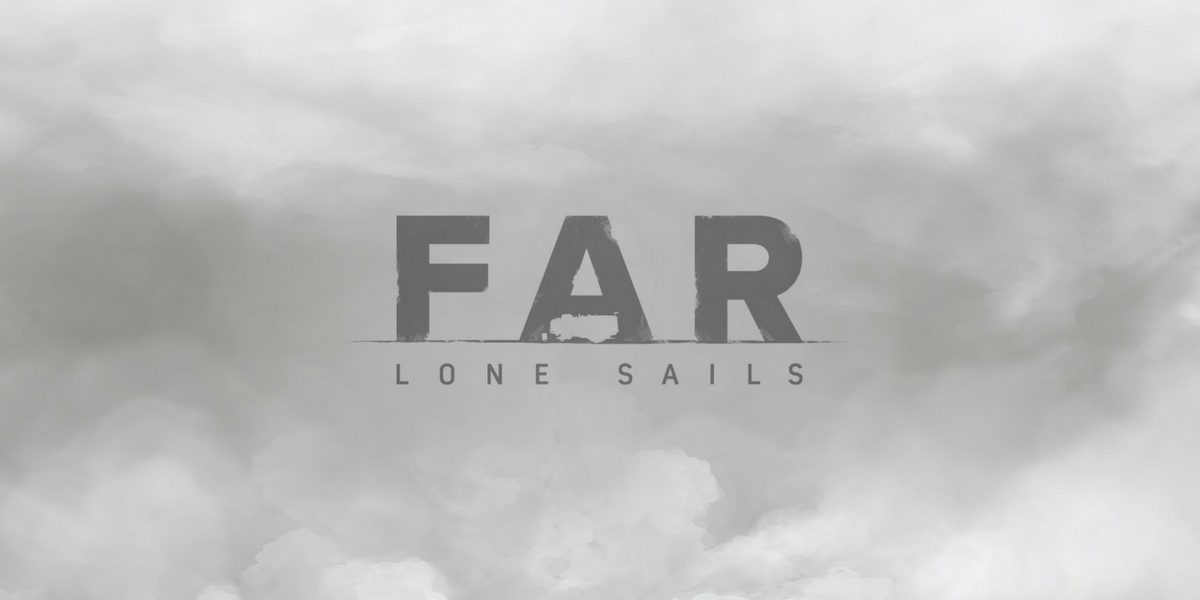 FAR: Lone Sails is an indie adventure - an atmospheric mystery with a desolate landscape to explore whilst managing and upgrading a bizarre vehicle. Find out what we think of the game.
SHARE
Facebook
F
Twitter
T
Google
G
Pinterest
P
COMMENTS
Spread the love

FAR: Lone Sails is an indie adventure that released on 17th May 2018. You can purchase it for $14.99 on the Humble Store or on Steam and will be coming to PS4 and Xbox One sometime later this year. It’s the debut title of the development studio Okomotive, a 6 man indie development team from Switzerland. The developers provided Athravan with a copy of the game for review through Steam’s curator connect program.

Far: Lone Sails is an atmospheric management mystery game. We know nothing about our protagonist – a lonely red cloaked figure – or where we’re going, but the drive to move forward is there from the start. In a strange vehicle that is driven by energy from consumed objects or powered by the wind when it’s in our favour we must cross a bleak and desolate landscape. It’s clear that there was life and technology once, as we pass landlocked ships, houses, trains, billboards and more. 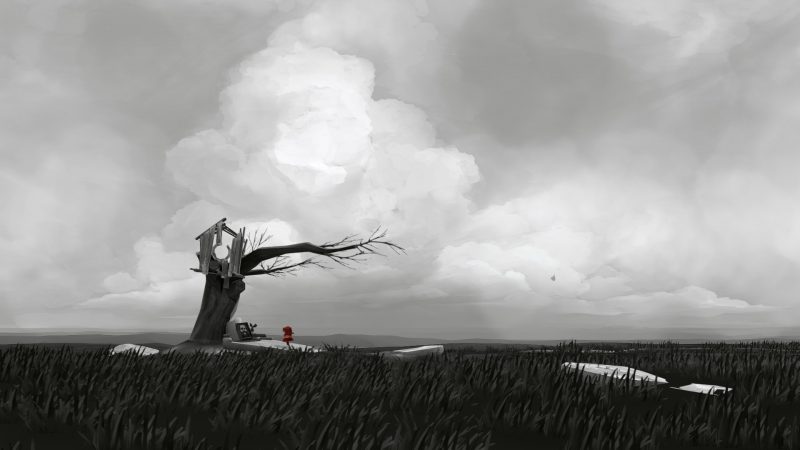 Welsh Gaming Network Communications Manager Rockape, who has a YouTube channel sharing his experiences with a variety of different games, has made a First Impressions video of FAR: Lone Sails. You can see around 15 minutes of early gameplay here, and don’t forget to give him a thumbs up or even a subscribe if you like his content.

Despite being an incredibly simple game to control and with very basic needs, it manages to really capture the atmosphere of being alone in a seemingly abandoned world. Right from the start I wanted to get to the end because I needed to know more. Where on earth are we going? Is there even a destination? Or is this about the journey? Well, no spoilers, so you’ll have to play. 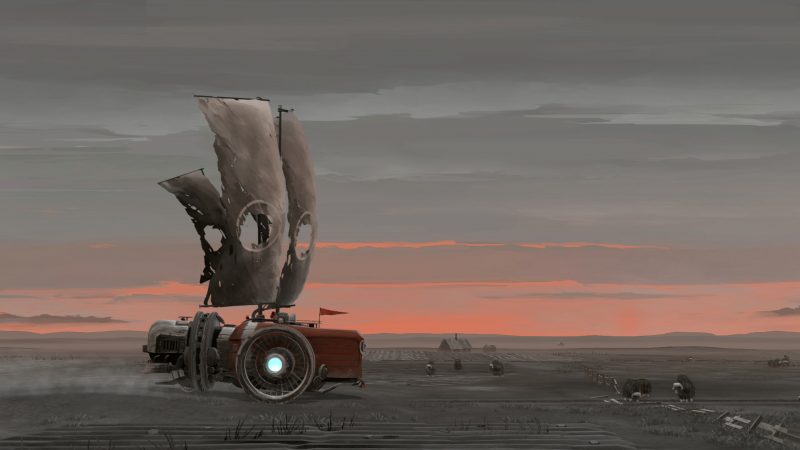 At set points in FAR: Lone Sails you will encounter puzzles. They are relatively simple logic puzzles that require pushing and pulling, doing things in the correct order, finding an object or similar, in order to venture forward once again. In the vehicle we must manage our energy, steam and sails, whilst combating the occasional fires and repairing where necessary. Minor upgrades are installed throughout the course of the game, and the puzzles get increasingly more complex. The difficulty level ultimately wasn’t a challenge though, and this is a simple puzzler that keeps us hooked by atmosphere and curiosity, more than intellectual challenge. 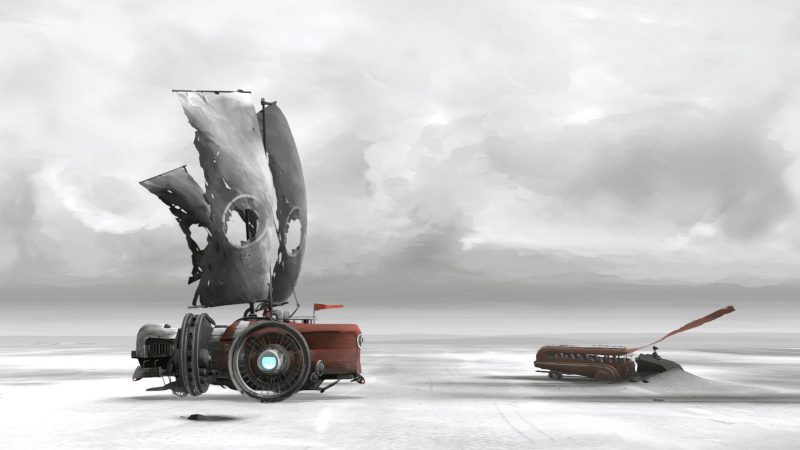 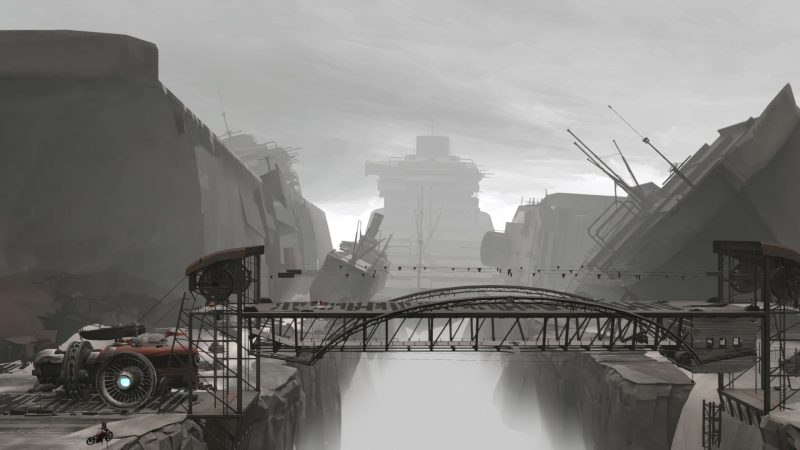 In atmosphere it reminded me of Inside, one of my favourite games of 2016. Despite being very different environments, they both manage to entirely capture the feeling of something simply not being right. Something sinister and creepy, yet subtle. Something you want to discover and explore. Although we know little about our little red protagonist, I quickly grew attached to my figure. Not to mention my beach ball and my mailbox.

The full game is between 2-3 hours long, with speed run achievements being available at 90 minutes. There is no replayability, as the puzzles and environment are static and the game entirely linear. At $15 it will be down to individual preference whether this is worth picking up now or in a sale. For me, I’d say yes, it is worth it. 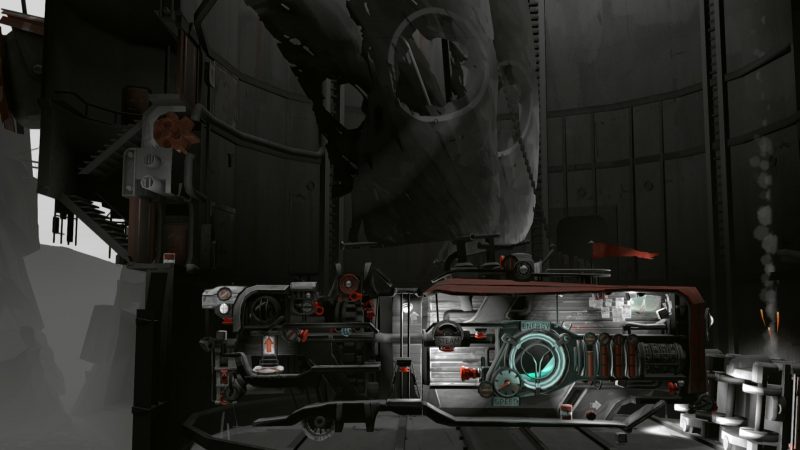 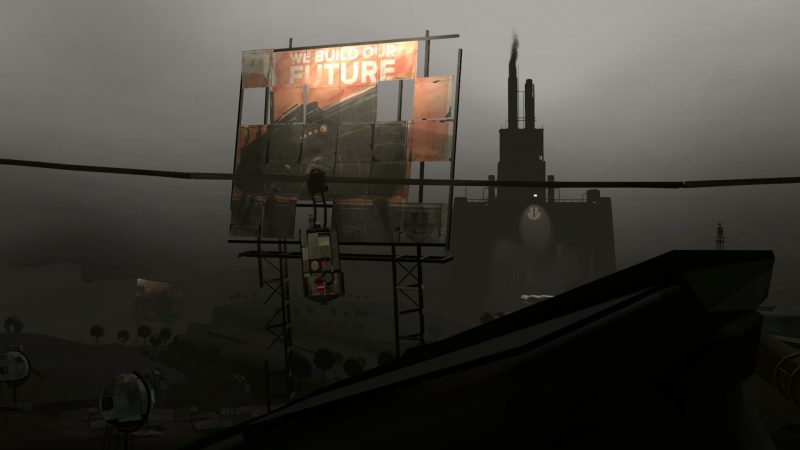 A short and lonely but nonetheless captivating and entirely enjoyable experience – a score of nine out of ten from me.

About Athravan
Athravan - Christy - joined the WGN in February 2016. A keen writer and reviewer, she is currently the Editor of the Welsh Gaming Network. She lives in Cardiff with her husband and son, who was born in 2017. You can follow her Steam Curator "Play with Ath" by clicking the website link below.
View All Posts by Author
Visit Author Website
Tolaarn’s 24 Hour Macmillan Charity Stream
Recruiting Esports Captains for the WGN!