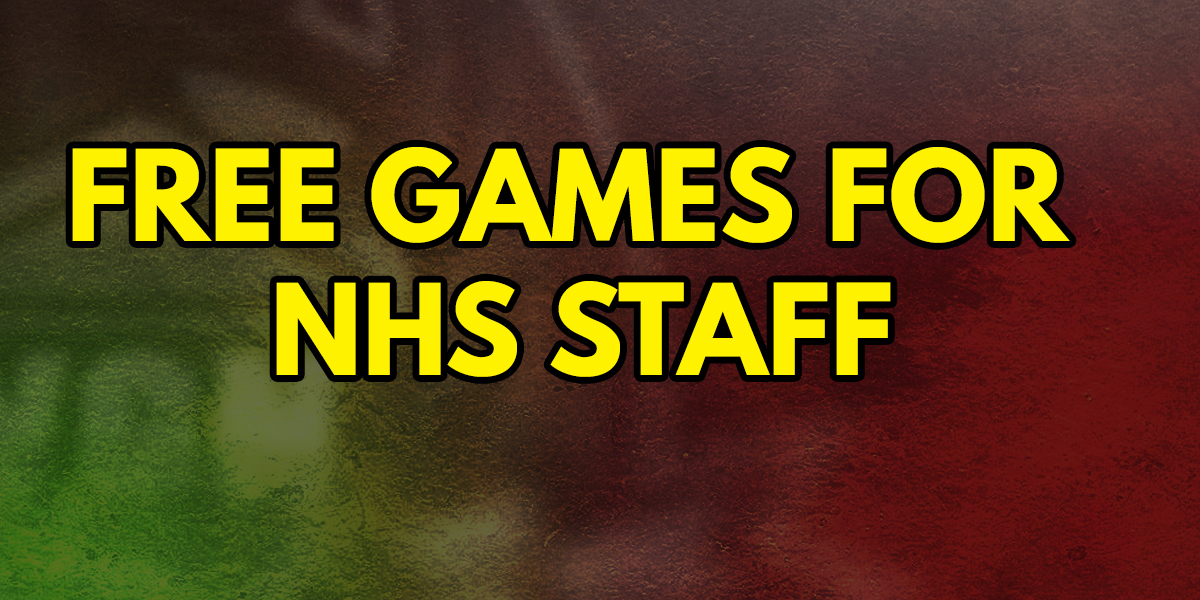 Earlier today it was announced that 60+ video game studios and counting have donated over 80,000 video games keys to go towards NHS front line staff. As you may know, my day job is spent in a cancer hospital in Cardiff which we, the Welsh Gaming Network community, have raised over £3000 for throughout the last year.

This announcement for free games was a welcome surprise to me, as I had been speaking about something like this happening and how great it would be, as gaming and supporting the video games industry has been such a huge passion for me. Video games have also been a huge way to support people staying at home in isolation in this time as it can give you something to focus on, gain enjoyment from and remain sociable with your loved ones. One example would be Animal Crossing New Horizons, releasing at this critical time, which convinced both my sisters to get a Nintendo Switch to play so we can stay in contact.

I had a quick look at the available games from these game studios, and the first game to catch my eye was Annwn by North Wales based Quantum Soup Studios, and then Destructivator 2 by PugFugly Games in Cardiff. It is fantastic to see Welsh games studios getting involved with this project and brings me a lot of joy.

There are plenty of games from other indie games studios as well as major AAA games studios and publishing giants. This includes the likes of Bethesda, Bungie, THQ Nordic, Xbox Game Studios, Team17 and the YouTube legends from Bristol known as The Yogscast who have ventured into games publishing. One of my biggest highlights of this offer though belongs to Creative Assembly, as I saw Total War: Warhammer 2 and Total War: Three Kingdoms available. Both of these titles are probably Creative Assembly’s biggest, and in my opinion some of the best games made this decade (I can’t get enough of Total War!!).

To be eligible for a free game, you must have an NHS email account, then you can click here and sign up for a free code. There are games available for Nintendo Switch, Xbox One, PlayStation 4, Android,Apple iOS and PC platforms Steam, Origin and Epic Game Store as well as VR platforms Oculus Rift and Oculus Quest.