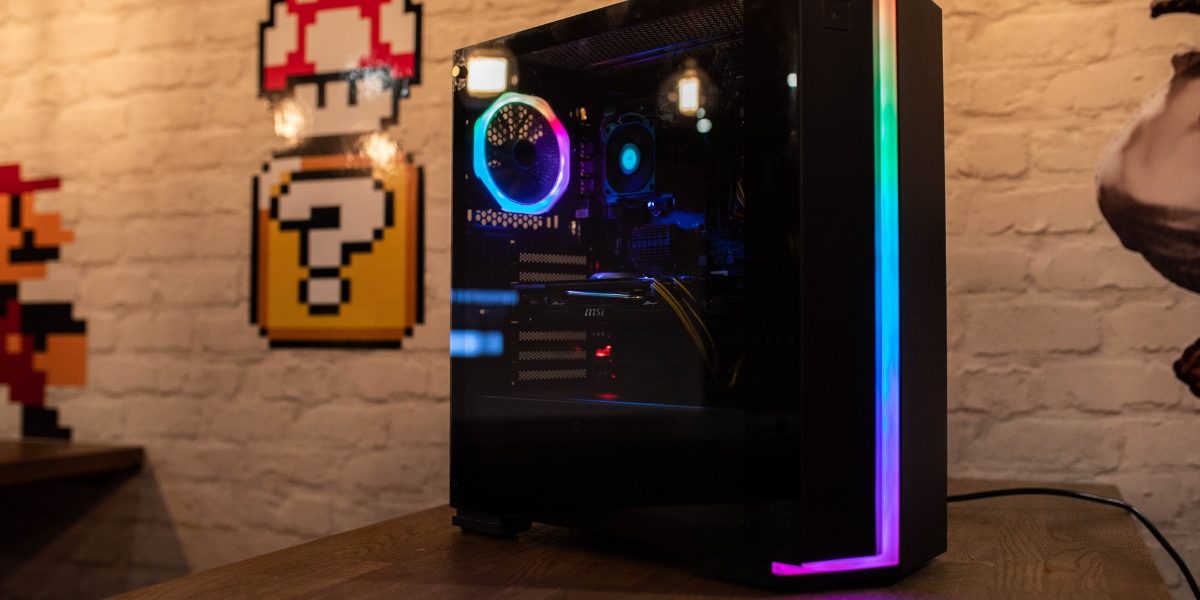 I’ve been a long standing fan of Game Max and their products who WGN Streamer Nelinde interviewed a few weeks ago. Game Max is based in the UK but is only around four years old. Three of those I’ve personally been following and purchasing products for myself and friends, with recommendations I can’t say enough about.

This time around, I had a chance to meet them face-to-face at EGX in the Birmingham NEC and I was overjoyed. The two team members I met, Josh (Marketing Manager) and his colleague Nick (Product Photographer) were easily approachable and knew everything regarding their products on show. One of these products that I noticed from afar before approaching the stand, was a Mid Towered PC case I didn’t recognise. This had me baffled at first but also excited, because I’ve been following them for such a long time and kept up to date with their product range.

After introducing myself to Josh and Nick I then jumped straight into asking about this case that glistened with RGB. I was told this wasn’t yet available for purchase but was brought to EGX for a teaser, and teased I was! I wanted one immediately the moment Josh showed me. It came with a controller to control the front RGB strip and Halo RGB rear fan that would make unicorns jealous of the rainbow it produced (available to purchase independently). I was then further told to my amazement the Starlight’s side panel is Tempered Glass which is usually found on much higher priced cases and is usually acrylic otherwise.

I started to think that this would be one of the pricier cases from the Game Max range, and wrong I was again. This case only retails for £59.50 currently on Amazon UK, which blew my mind. You’d usually spend at least £100 easy and that’s not including the RGB accessories you may need to purchase afterwards that are already included!

On to the case. At first impressions it was packed very well to avoid any mishaps in shipping (we’ve all been there), with 2 custom fitted polystyrene blocks to hold the top and bottom of the case, which is also wrapped in a plastic. The tempered glass side panel is covered front and back with a plastic sheet to avoid scratches and it’s already screwed onto the side of the case with 4 thumb screws. This case isn’t moving anywhere!

After removing the side panels, you’re greeted with a bag of accessories. This bag includes:

Everything you need to put whatever components in the case, whether it be commercial or a sick gaming rig.

Something to note before purchasing:

From building a gaming rig into this case there was only 1 thing worth noting before purchasing that may or may not affect you, depending on the components you wish to use. So this isn’t a negative point just something to consider.

I’ve built many gaming rigs in my time and this case for me was a dream to work with. With the tempered glass panel easily removed with 4 grub screws to give you access to the main compartment that you will be sinking your hands into the most. The back panel is taken off via 2 thumb screws and a slight pull to the left, to give you access to the PSU shroud and mechanical hard drive bays.

After installing a motherboard and other components, I then installed the PSU, easily slotted in under the shroud, screwed in with the included screws and ready to go. With a wide open slot between the front and back panel to simply pass through your 24 pin, SATA and GPU power cables, keeping it all neat and tidy.

The Halo 120mm fan is already included and is hooked up to a fan controller or can be controlled with an RGB header on your Motherboard if available, which can support up to 6 of these fans. Opposite you can find a panel with enough room for x3 120mm, 2x 140mm or a 240mm / 280mm radiator with fans to keep that CPU icy cool. 2x120mm and 2x140mm fans can be fitted to the top of the bay if Micro ATX and Mini ATX Boards are used. A modders dream in such an affordable case!

I needn’t say anymore! If you check the photos below you’ll see that you seriously can’t ask for more in a case at this price. With the RGB front strip and fan included, it’s ease of use for any beginner and veteran in the PC building world, PSU shroud to cable management is a thing of the past and its ability to expand into the water cooling territory… This case will serve you well.

The Starlight RGB Case can currently be purchased on Amazon UK.

Note this listing contains affiliate links for Amazon UK. The case was provided directly to Aetolia free of charge for him to review. 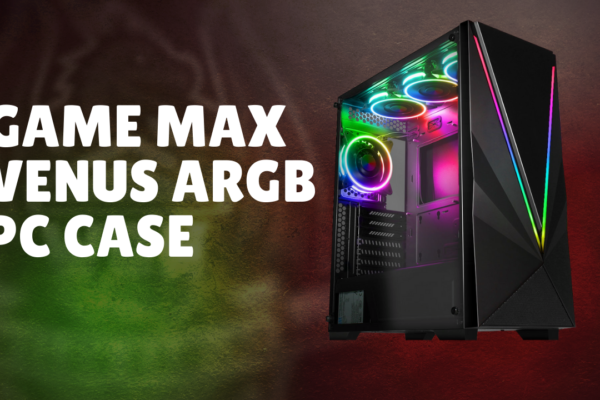 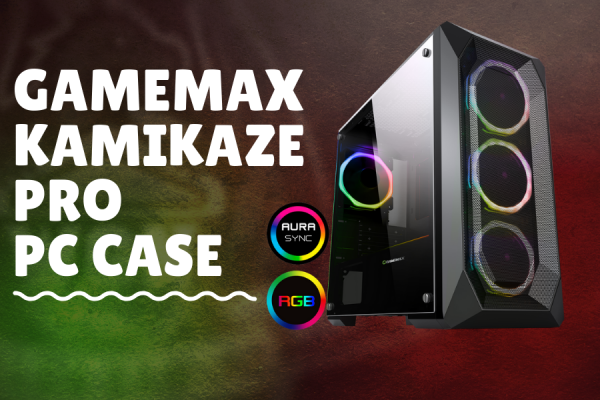 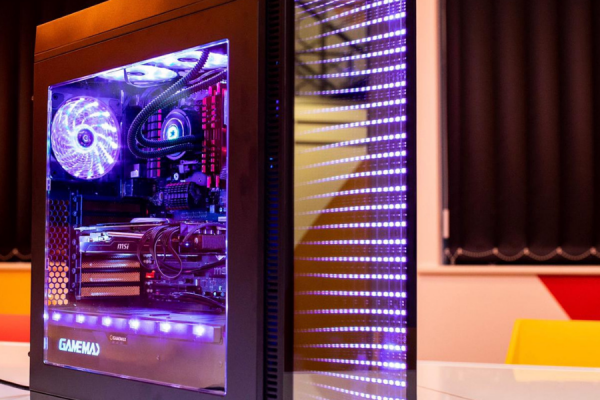