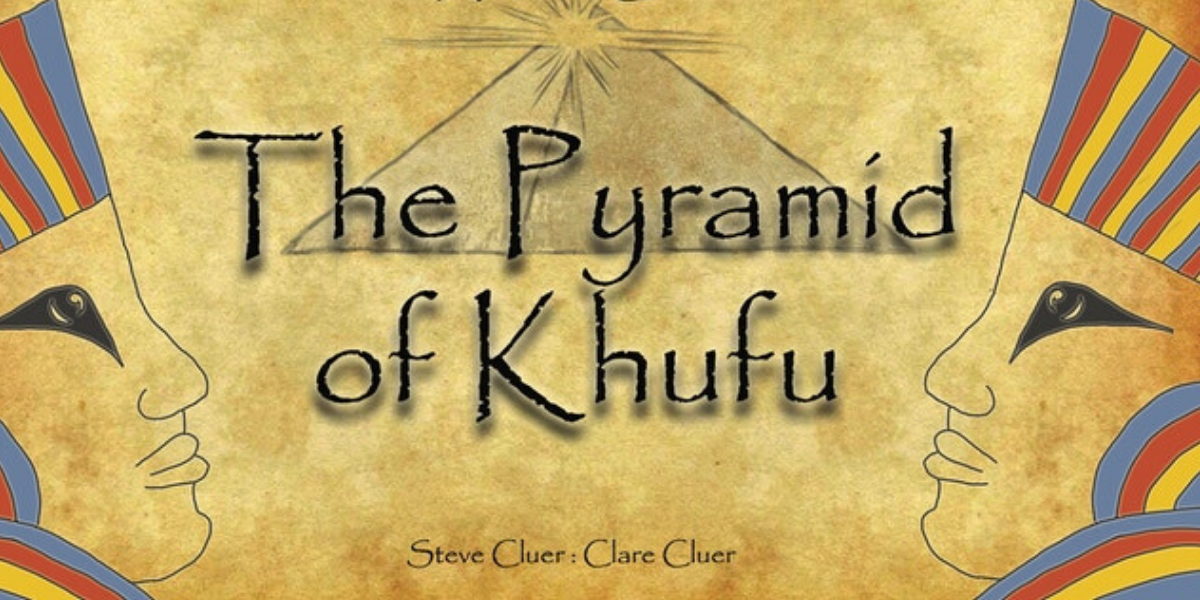 There are six days left to Kickstart ‘The Pyramid of Khufu’, a dueling card game being made by Steve (Game Design) and Clare Cluer (Artwork) as part of their year-long campaign for Velindre Cancer Center. You might remember that this is the charity that the Welsh Gaming Network campaigned for in 2019 & 2020 and is one our staff and members have very strong ties to. So I was really excited to get behind this cause and get a new and innovative card game out of it – one we’ll be bringing to future WGN meets for you to try after it ships too!

The Pyramid of Khufu looks like a fairly deep dueling game, set in Egyptian times, fact checked by the Egypt Centre in Swansea. It comes boxed, with 28 God Cards, 40 Sacred Item Cards, 32 Build and Action Cards, 18 Secret Challenge Cards, 2 Reference Cards, 6 Action Tokens, A Scoring Board, Set of Dice and Rulebook. You can see pictures and more information on Kickstarter. We haven’t played it yet so can’t comment on the gameplay, but I’m certainly excited to get hands-on in the future.

If you are one of the people who backs the campaign you not only get the game, but starting from £25 you get a card personalized with a name and the box is signed by the creators. There are also higher tiers for other options, multiple personalized cards or multiple copies of the game. If you don’t back the game you’ll still be able to buy one of the general release copies, but don’t get those extra perks, so I think it’s well worth supporting and have backed it myself.

This is a rare opportunity to support board game development in Wales as well as support a much deserving charity.

Check out The Pyramid of Khufu on Kickstarter Now!

About Athravan
Athravan - Christy - joined the WGN in February 2016. A keen writer and reviewer, she is currently the Editor of the Welsh Gaming Network. She lives in Cardiff with her husband and son, who was born in 2017. You can follow her Steam Curator "Play with Ath" by clicking the website link below.
View All Posts by Author
Visit Author Website
Humble Choice June: Pick’n’Mix Rundown
Review: Dungeons 3: Complete Edition
COMMENTS 35