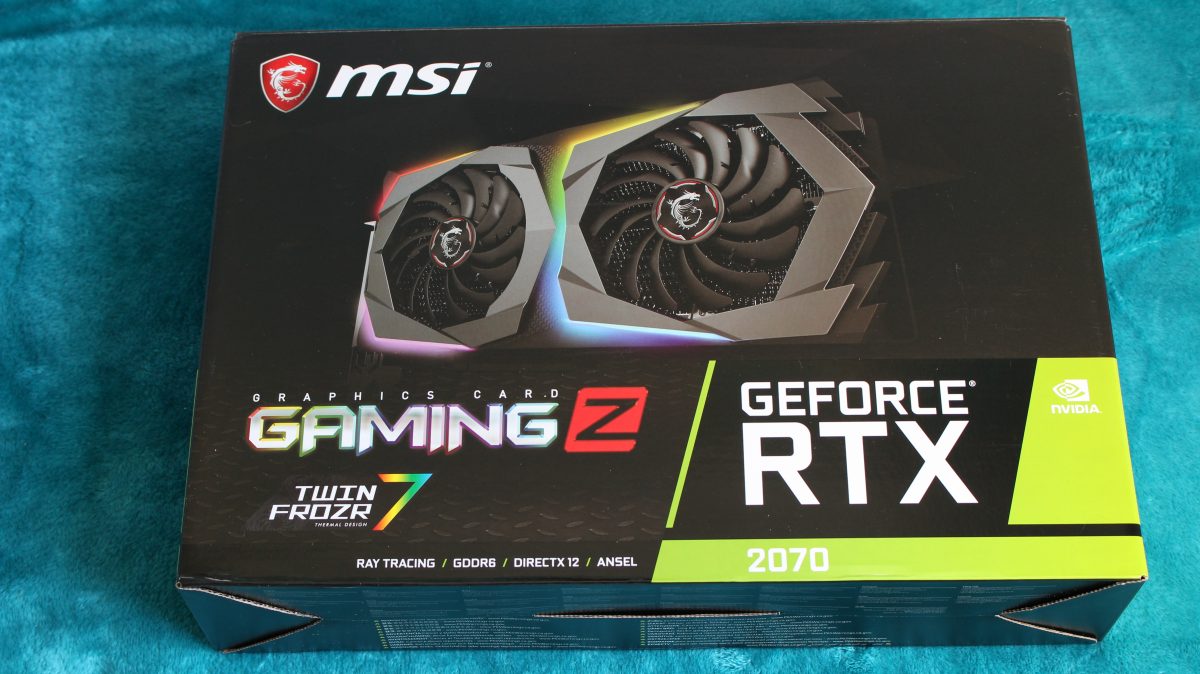 The GPU that is being reviewed is the MSI RTX 2070 Gaming Z. It features a custom designed PCB, a factory overclock and RGB! This GPU currently costs around £550 on Amazon. Is it worth the price for that extra 210MHz then the reference card?

In the above table you can easily compare the MSI RTX 2070 gaming Z against the GTX 10 series range. Also 2070 gaming Z uses the TU106 chip.

The MSI RTX 2070 Gaming Z ships in a small black box which helps show off MSI’s RGB design. The size of the box is considerably smaller than the Aorus RTX 2070 Xtreme, which I previously reviewed.

After taking off the black envelope and protective cover we are greeted with the GPU itself and the GPU support bracket. In the black envelope came some handy documents which you can use to help you get started. However, not everyone has disc drives so if you need to download the drivers you can do so from MSI here.

After taking the GPU out of the anti-static bag you can see the GPU itself and its brushed gray and dark gray aluminum back-plate. This GPU consists of 2 fans which will help keep the stylish looking GPU cool.

The way I will be testing the GPU will be using the exact same specification as the Aorus RTX 2070 Xtreme, which is the following build (built by myself):

The MSI RTX 2070 Gaming Z will be tested on various software. Unfortunately, we do not have a large stock of graphics cards so can’t compare them against anything directly at the moment. The following is the software where I will be benchmarking this card with:

After running the Nvidia DLSS test on the 3D mark Bench marking software I received some interesting results. The DLSS test consisted of running port royal twice, once without DLSS and once with DLSS. Without DLSS enabled I just passed the FPS threshold of 37.32FPS (I know how we all like them 60 frames) but with DLSS on I got an average of 53.20FPS. This is a significant difference. The resolution I used was 1920 x 1080. Meaning 1440p gaming is out of the window. The MSI RTX 2070 Gaming Z also reached its maximum boost clock of 1750MHz within the first couple of seconds of the program starting.

To test temperatures I used furmark with the following settings:

I ran the test for only 28 minutes and 51. It ran for a total time of 48 minutes on average. This was due to me pressing escape by accident so I quickly restarted the test. The max temperature the MSI RTX 2070 Gaming Z got to was 72C while the minimum was 57C. The average idle temperature is 40C and the average temperature while under load was 69C. Averages were taken from 3D mark benchmarking. The sound of the cards during these tests wasn’t very loud as I set the fans to a custom profile before starting the benchmarks. They operated around 50% – 60%. They were pretty quiet and you could game peacefully but if you put them any higher they would most likely distract you from your game, movie or whatever you’re doing on your computer at the time. No one likes a noisy fan in their system!

Would I recommend this card to other people at its current price point? Yes, I would. The MSI RTX 2070 Gaming Z is a very high end 2070 and is one of the best out there. Regarding cooling and clock rates, I managed to overclock the GPU to 2000MHz and it still managed to stay cool. It is on par to the GTX 1080 Ti which is about right considering the price you are paying.

I managed to grab the MSI RTX 2070 Gaming Z for £500 while it retails at £605. I was able to benchmark it due to being in my main system and upgrading from the AMD side, I’ve certainly have seen many improvements. You are able to run the majority of games at ultra or maxed out settings if your resolution is 1080p. I am unable to test 1440p as I don’t own the necessary equipment.

If you need help or advice about a PC hardware build, peripherals or other technology, consider joining the WGN Discord, where we have a dedicated hardware and software chat room. You’ll find experienced computer builders like StariteGaming amongst others, and will be able to get advice about your next PC build or tech investment direct from other gamers!

About Staritegaming
Hello! I have been gaming since I was 10. I have built 4 PC's and recently got into VR! my current PC specs are Ryzen 2700X, MSI RTX 2070 Gaming Z, 16GB Aorus RAM at 320MHZ, Aorus x470 Motherboard with a 750 PSU. Of course, everything is RGB!
View All Posts by Author
Sahelanthropus – My Gaming Goliath
An Interview with Black Dragon Studios 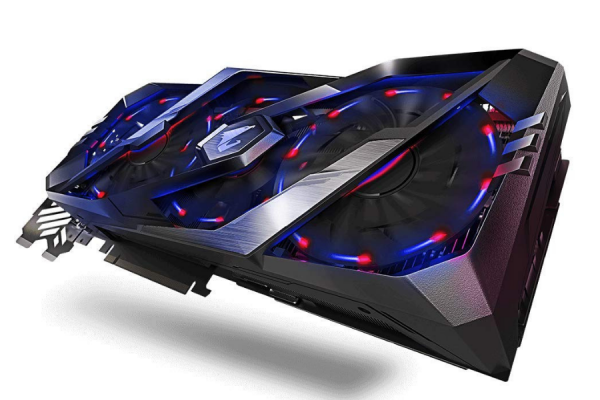