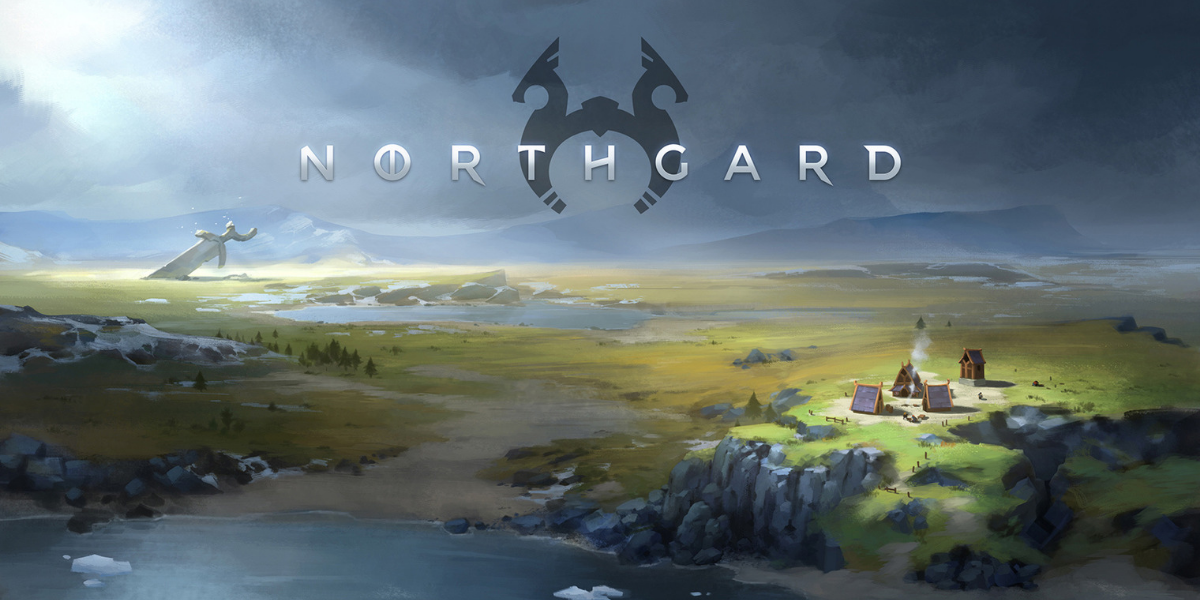 Northgard is a slow paced real time strategy game published by Shiro Games, a French 10-man independent development team who previously brought us Evoland and Evoland II. It was released into Steam Early Access in February 2017 and achieved a full release just over a year later on 7th March 2018. It retails for £23.79 on Steam or Humble Bundle (Affiliate link). It follows our clan of Norse based Vikings as we explore the hostile lands around us, complete with myth and legend in the form of draugr, wyverns, kobolds, giants and more.

Like most strategy games, we start with humble beginnings. Our clan – of which you can choose from six (plus 2 additional DLC clans), each with their own unique abilities, strengths and weaknesses to suit different playstyles – has nothing but a few villagers and a headquarters. We must start by placing a few simple buildings, such as a scout to check the surrounding territory, a woodcutter to start harvesting wood so that we can expand, and a house, to allow our village to grow. Villagers who don’t have a unique job will automatically collect food from the surrounding area where possible, whilst others will have a specialist workplace.

As the scouts check out nearby territory we will find land that is suitable for different purposes. For example, some land contains a farmland, fish in a lake or deer that can be hunted. In these territories we’d want to build the appropriate food building, along with a granary, to make sure the rats don’t get at our food supplies, which can also spread sickness, which has a knock on effect to your clan happiness and growth. Happiness needs to be balanced as your villagers will have certain expectations of you as their leader. Don’t worry though, you can always bribe them with booze! In other tiles you’ll find other events, such as ruins to explore, neutral clans to trade with or even special unique goals that can even win the game, such as capturing Yggdrasil, the world tree. Some territories are defended by neutral monsters or factions and you’ll need to develop an army to overcome them.

The game has a month-year cycle which affects gameplay and again, requires forward thinking. As spring passes into summer onto autumn and winter looms ahead, you’ll need to be stockpiling food and wood for your fires. Starvation and cold can stifle growth and slowly kill through sickness and disease, although this isn’t quite the same level as Frostpunk. You also have other penalties in the winter, such as reduced army strength – so pick those battles well! Spring will always come back around, so it’s matter of resource management, time and patience.

As you expand, it becomes more and more expensive to colonize more land. This means you have to think ahead and choose wisely, because the order in which you spread out over the land and build can be critical to gameplay. This is an extremely slow paced small scale strategy game; there’s no crazy hotkey play like Starcraft II here and it doesn’t have large army management such as in Age of Empires. Instead, this is something new – a hybrid real time strategy that reminds me more of the 4X and Civilization series than what you might usually expect from an RTS.

This is a slow-paced chilled out strategy

As such, this might be too slow paced for some and it does fall into the trap of occasionally being so slow paced that you’re simply sitting around, waiting for stuff to happen. No one wants empty downtime in a game, but this is quite common at the very beginning whilst you’re building up your mini-empire. It’s a shame, that there’s a risk that people will be put off by this, and not explore the full scope of the game – as it really opens up later on when there’s a lot more management and important decisions to be made.

Northgard can be won by hitting victory conditions (domination, wisdom (research), fame, trade or map special (unique events). These are varied and can really change up how you play the game. In that sense, you need to have an idea of how you’re going to play the game before you even start. This helps you plan from the beginning; down to the very first choice you make – which clan you’ll play. If you’re playing Clan of the Stag for example, you’d gain additional fame, and might want to aim for a fame victory. If you played Raven, you could colonize with krowns (gold) as well as with food, which could mean you focus less on food production, and instead hire merchants and sailors to gain a higher income. But nothing is set in stone, and the game can always go in a different direction depending on the map you get and what your enemies are doing.

Northgard’s single player campaign has a simple storyline of vengeance and betrayal. It’s quite mundane, predictable and doesn’t have very strong writing, but it does give extensive tutorials and helps progress through all of the clans and environments you’ll have at your disposal in PvP. It’s a good learning tool, but you might find it a little boring towards the end. I personally enjoyed it, but some maps were a little too long and there was too much waiting around. It took me around 20 hours to complete the campaign, with its 11 maps, each with bonus (hard mode) win conditions.

Most of the meat of the game will come from PvP, but this has it’s own problems in that any PvP game relies on the community. Northgard is a fairly niche strategy game, that loans itself more towards chilling out slowly than fighting fiercely. In a long game, with a small community, you’ve got a reasonable chance that your opponents might leave (especially when most games will take at least an hour or more), which is frustrating. Waits for matches can also be quite long. It’s definitely still worth delving into PvP, and the flaws here are present in most PvP games with small communities so most will be familiar with them. At the time of writing (February 2019) Northgard has a 30 day average of 1,111 players and a current of 779. It’s on a downward trend, and until the next big sale is likely to continue downwards.

Large scale combat can also be quite frustrating with the current hot key selection. As this is such a slow paced small scale game, your armies never really get very large. Picking out a single fighter can be challenging, and those used to the smooth selection of RTS such as Starcraft II and Warcraft III might find themselves swearing at the game.

To add replayability and add more competition to the game, there’s an overall PvP leaderboard, as well as seasonal rankings. I’m not sure this game will ever be an eSport, as it’s far too slow to maintain high viewer retention or excitement, but this does add a competitive motivation for those who are so inclined. On a more casual level, if you have friends who play then the PvP could be absolutely amazing and extremely fun with lots of depth and thought required.

Since release, Shiro Games have continued to support Northgard, with both premium DLC (two bonus clans that are entirely optional but do add new strategies and gameplay) and with a large free update called Ragnarok, which brought a new map, new tiles and special events. At the time of writing, a free update called the Winter Festival is ongoing, which brings new elements such as frozen waters, as well as cute snowmen that your villages will build! Development is on-going, with promises of lots of new content to come in the future, which I’m really looking forward to.

In conclusion, Northgard is a unique strategy game, one which won’t appeal to everyone, but for those who are looking for a relaxed RTS experience that has depth and many ways to play out, this ticks all the boxes.

About Athravan
Athravan - Christy - joined the WGN in February 2016. A keen writer and reviewer, she is currently the Editor of the Welsh Gaming Network. She lives in Cardiff with her husband and son, who was born in 2017. You can follow her Steam Curator "Play with Ath" by clicking the website link below.
View All Posts by Author
Visit Author Website
epic.LAN Comes to Cardiff for a CS:GO Championship Qualifier
WGN Tabletop/Boardgames Meet 23rd March 2019 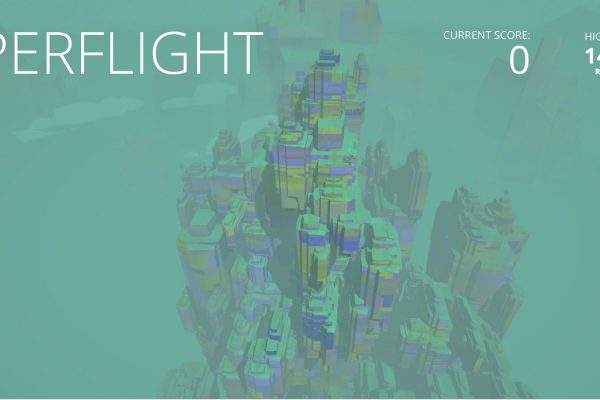