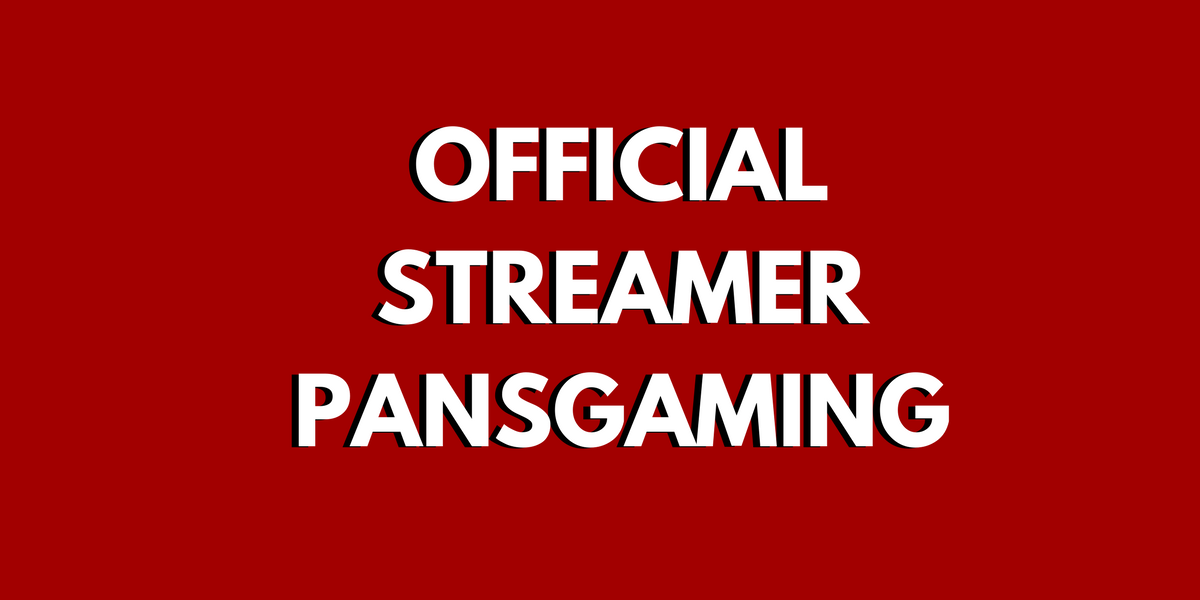 We have a chat to PansGaming, one of the official Welsh Gaming Network Streamers. Find out all about him and watch his stream here!
SHARE
Facebook
F
Twitter
T
Google
G
Pinterest
P
COMMENTS
Spread the love

Today we sat down with our new official streamer of the Welsh Gaming Network PansGaming. Lets jump right into it:

What is your Twitch name and what is the origin story of the name?

PansGaming. The origin of the name comes from my original YouTube channel which was called Panaramanwa. I made a spin off gaming channel and decided PanaramanwasGaming was too long, so I shortened it to PansGaming

What age did you start playing games and what’s the first game you remember playing?

I started gaming when I was about 5 years old on the original PlayStation console. The first game I ever played was Crash Bandicoot 2: Cortex Strikes Back. I still remember jumping on the little polar bear to get 50 extra lives. 😛

What’s your all time favorite game?

That would probably be Smite.

How long have you been streaming on Twitch and what made you decide to pursue streaming?

I started streaming regularly at the end of Feb/beginning of March, so that’s about 3.5 months now. I started streaming basically because I’d had enough of editing videos to upload to YouTube 😛 In all seriousness though, the increased interaction that you get on Twitch compared to YouTube is really what made me move over to live streaming.

What is your favourite game to stream and which game do you think your fans enjoy seeing you play the most?

At the moment, my viewers like seeing me play OldSchool RuneScape and I’m really enjoying playing it at the moment as well.

What is a typical stream day like for you?

I work every weekday from 9-5, so I tend to stream in the evenings on weekdays. After coming home from work at about 5:30, I’ll sort myself out some food before prepping all my stream equipment. I’ll get my social media pages, and discord channels open and draft a message ready to send once I go live. Then I do a mic & camera test before going live and letting everyone know on Twitter, Facebook, Discord etc. On the weekends I tend to go live in the late morning or early afternoon after having a nice relaxing lie in 😛 Things are a bit more laid back on the weekends since I don’t have a time limit on when I can start/finish.

What is your favourite part about streaming?

I would say it’s meeting and interacting with loads of people who share the same interests and passions that I do. The community that has come together around streamers is amazing and I’d like to think that I’m having a positive impact on someone’s day by streaming 🙂

What do you like to do when you aren’t streaming?

When I’m not streaming, I tend to either be binge watching TV shows on Netflix, or playing games that I don’t play on stream. I’m currently trying to catch up with Brooklyn 99 and I’m enjoying watching that while I’m not streaming. I have also been getting into Rocket League and Paladins during my down time.

Can you give any advice to anyone looking to start streaming?

I would say if you’re looking to start streaming, just go for it! A lot of people are put off by all the expensive equipment that a lot of the big streamers have, but you don’t need all that stuff. If you’ve got a computer, and a stable internet connection you can stream. Don’t worry about specs or how expensive your gear is. Everyone starts somewhere.

Big shoutout to all the StreamersConnected guys who have supported me, and also to the Visuals by Impulse gang! 😀

OK and now on to the part that everyone loves the Quick Fire Round !!!

You’re given a bacon sandwich do you choose red or brown sauce?

Neither, it has to be BBQ.

Squirtle or Bulbasaur or Charmander?

About SlayerJohn
IT Professional | Gamer | Techie | Geek | Coffeeholic | WebDev | Blogger.. and some other stuff. Started The Welsh Gaming Network in hopes to create a safe and fun place for like-minded motivated gamers in Wales.
View All Posts by Author
Showdown Sunday! 9th July 2017
Diablo 3: Rise of the Necromancer