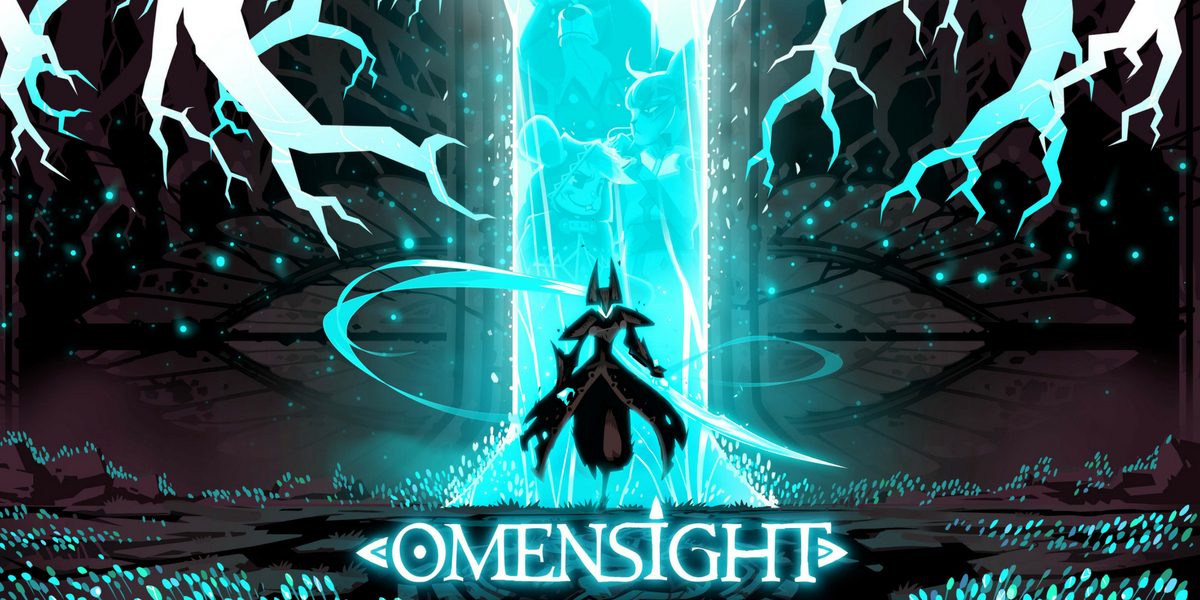 Spearhead Games – Montreal-based indie studio who previously made Stories: The Path of Destinies – have just released Omensight onto PC and PS4. You can purchase Omensight on Steam, GOG or the Humble Store where it’s priced at $17.99/£13.49. We were provided with a copy of the game by the developer in order to provide this review.

In Omensight we are the Harbinger, a mystical blue-ponytailed being prophesized to come into existence when the end of the world is nigh. We are brought into the world just moments before it ends, but the tree of life gives us the mystical power to go back in time one day and see the events that led to calamity. Following different characters we must explore and piece together the mystery of what happened to unleash Ragnarok in snake form – Voden – who can devour the world. 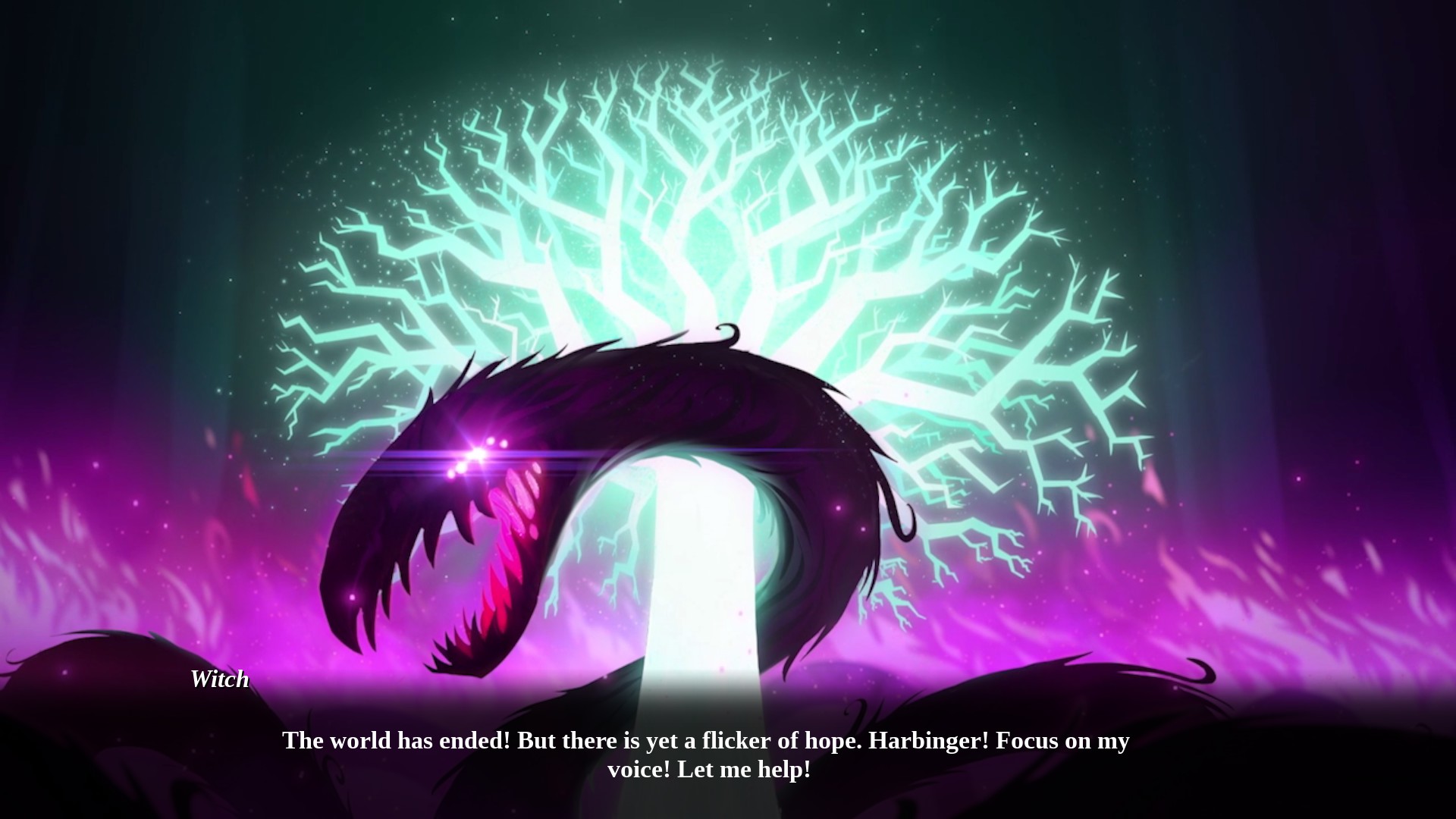 At the end of each day, depending on the choices we made, we unravel some information. You can then repeat the day, use that information, change the course of history and…. the world still ends. Slowly but surely, by piecing together the separate parts, we unlock more choices and can make our final attempt to change fate and save mankind. Well, ratkind, and catkind, and bearkind, and whatever the hell else these weird folks are.

Death comes in bright colours too

Despite the heavy themes of murder, betrayal, war and doom, it’s bright and colourful with interesting characters and scenery. The art style is beautiful and feels unique and refreshing to me. The story and characters are strong. Well written, a fantastical time traveling tale that made me care about the people and genuinely want to know what the hell had gone wrong. Every time I thought I needed to go and actually get back to – ugh – real life, I thought “Just one more day…” and kept playing.

For previous players of Stories: The Path of Destinies, you might be interested to know that Omensight is set in the same universe, but at a different point in time so the world should feel familiar to you.

Here’s a sample of a few of the characters you’ll meet along the way:

Omensight’s hack ‘n slash action combat is smooth and simple, with fast and satisfying animations. There aren’t any combat choices though and there’s no real feeling of character progression – purely story progression. I’d have liked a bit more choice in weapons, moves or special abilities. It works fine as the game is completeable in about 12 hours by my count, so it manages to stay fluid and fun despite being a bit repetitive.

The sound track and sound effects are on point, really helping to immerse you into the game. The voice acting starts off a little bland, but as the personality of the characters unravel, I found myself connecting with the character and it’s voice a lot more. Piecing together the puzzle isn’t just learning who killed Vera and saving the world, but discovering the characters who dwell in this world. Sometimes you have to make the wrong choice to receive new information – such as making a decision that hurts one of your companions. I was surprised at how much I didn’t want to do that, even though I knew the day would end and they’d never remember it.

On the downside, the keyboard controls are dire, to the point where the game highly recommends you use a controller and I agree. I originally started playing with keyboard and mouse and doubt I would have continued an hour if I hadn’t switched as it made the platforming elements frustrating. There are also moments of very awkward camera angles and distance issues which really break the immersion and can be annoying. Most of the game is free flowing fun, but there were one too many times where I couldn’t quite see what I was doing.

So, not perfect, but despite a few annoyances, I genuinely found the game fun and without a doubt, an engaging narrative.

Recommended for those who are looking for a story-driven experience, simple combat and enjoy the art style. A fun fantasy adventure! 8 / 10.

About Athravan
Athravan - Christy - joined the WGN in February 2016. A keen writer and reviewer, she is currently the Editor of the Welsh Gaming Network. She lives in Cardiff with her husband and son, who was born in 2017. You can follow her Steam Curator "Play with Ath" by clicking the website link below.
View All Posts by Author
Visit Author Website
WGN joins the Welsh Sports Association
First DOTA 2 Major in UK
COMMENTS 6