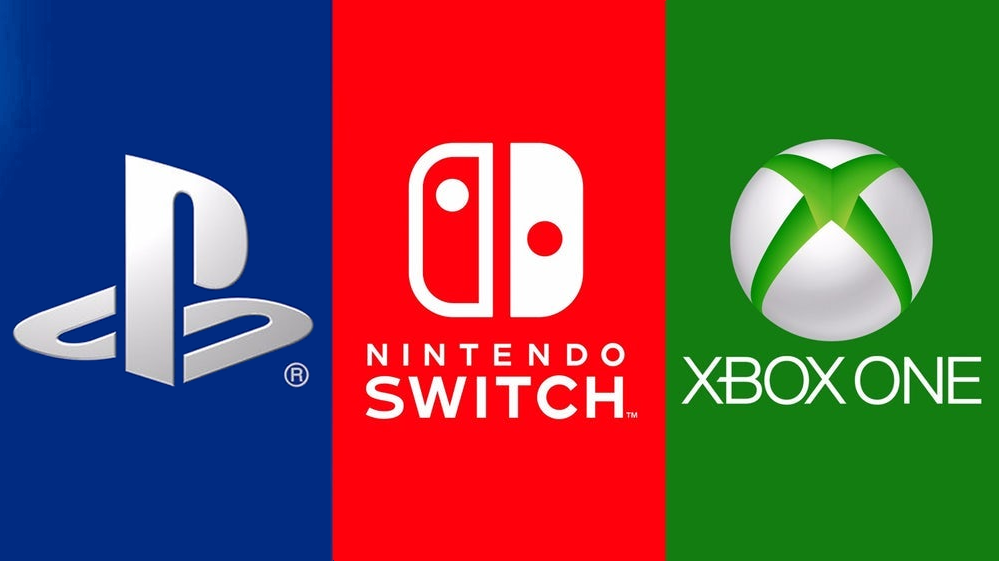 As we approach the next generation, is this the final head-to-head we'll see with consoles? SoupaBuoy looks at the differing tactics.
SHARE
Facebook
F
Twitter
T
Google
G
Pinterest
P
COMMENTS
Spread the love

The King is dead, long live the kings?

As has been the standard for the last few months of reveals, Xbox has taken the initiative and been first to release pricing of their new consoles – including dropping the heavily-leaked-but-not-confirmed Xbox Series S. They were first to reveal the console, first to show some games, and now first to commit to a release date and price, too. Maybe a little early, judging by Tweets from Phil Spencer, but they’re out there now:

Aside from a couple of missteps, Xbox has generally had their marketing on point. The problem they’ve had is that when Sony finally do gear up, they’re generally doing it bigger and better. Does that mean that Sony will be topping this latest reveal? Or aggressively pricing to undercut Xbox? I’m not so sure.

Let’s not take away from the fact that pricing is really, really important for next-gen consoles. Particularly now – with the release line-ups looking a bit threadbare and the economic impact of coronavirus still to bite – a lower price point will likely be key. Xbox got burned by this – amongst other things – launching the Xbox One at £100 more expensive to accommodate for the Kinect and never really recovered. Sony, similarly, slipped up on pricing with the PS3 and started on the back foot – although recovered later in that generation with killer games that still set standards today.

But – with Sony talking “value as opposed to price“, I’d be extremely surprised to see them go under £450 for their full-fat, disc-drive console. The all-digital offering could undercut the Series X – a way to say they’re offering something cheaper than Xbox’s full-power machine. However, it’s not just competition on the starting line driving this. Because Sony and Microsoft – along with Nintendo – are all on very different paths.

In the three-way fight for our living room space, the console-makers are taking different tacts. On the straight-and-narrow, traditional route – Sony. They want to sell their consoles, they want you to buy their exclusives, and they’ll continue locking down timed/cosmetic deals to make Playstation THE place to play games. And if you want to play your games in the best way possible, you’ll probably need to buy their PS5 version.

Meanwhile, Xbox is making a play to be a service provider. They want you to play their games. But does it need to be on the Series X/S? They’d much rather tie you into Game Pass. Sure, if you want the latest and greatest, they’ll take your money. But if you don’t want to upgrade yet? They want to cater to that. Would you rather play on PC? Sure, do it with Game Pass. What about on-the-go? Do it with xCloud on Android (through Game Pass Ultimate)! What Xbox lack in console-shifting exclusives, they are making up for in consumer-friendliness. If you’re paying your subscription, and you’re on their platform – maybe buying more games – they’re happy. Particularly if they can ratchet up the price later.

Nintendo? They’re continuing the strategy they started with the Gamecube… Making affordable, weird consoles where they can churn out the latest games from their vault of precious IPs – which many people will pick up as a “second” console. Nintendo is very much becoming the Disney of gaming. Heck, they’ll even just start selling games they’ve already released on previous platforms. Combining nostalgia – and consistently high prices for software – has been a winning strategy. The Switch has recently overtaken the Xbox One in console sales – and seeing that nearly half of Switch owners buy Nintendo exclusives, it’s hard to argue with results.

It makes the next generation of gaming a fascinating marketplace to call. Will we even have “winners” and “losers” in five-ten years time when we’re looking back? I don’t think so. It seems that every platform – in their own right – will be able to chalk up a win on their metric. Sony will likely ship a billionty machines and make AAA gold at their studios. Microsoft are setting out to crush Stadia on their way to becoming the Netflix of gaming. And Nintendo will continue to drip-feed the games we’ve already known and loved and make us part with £50 at a time for the privilege of playing them again.

It’s a great time to be a console gamer. While pricing for the new machines has just started, there are winning strategies all around. As we go deeper into this next generation, I’m expecting to see more and more overlap as all three start to think about what’s missing from their offering, that the other makers have got. And the competition for your time – and wallet – has never been more diverse.

About SoupaBuoy
Rhys (SoupaBuoy) is a Cardiff-born creative and avid gamer. He is currently a Walkthrough Overseer at TrueAchievements, having previously been a member of their YouTube team too. He's recently branched out into streaming and loves platformers, puzzle games and RPGs.
View All Posts by Author
Visit Author Website
Review: Nexomon: Extinction (Switch)
Review: For The People (PC)