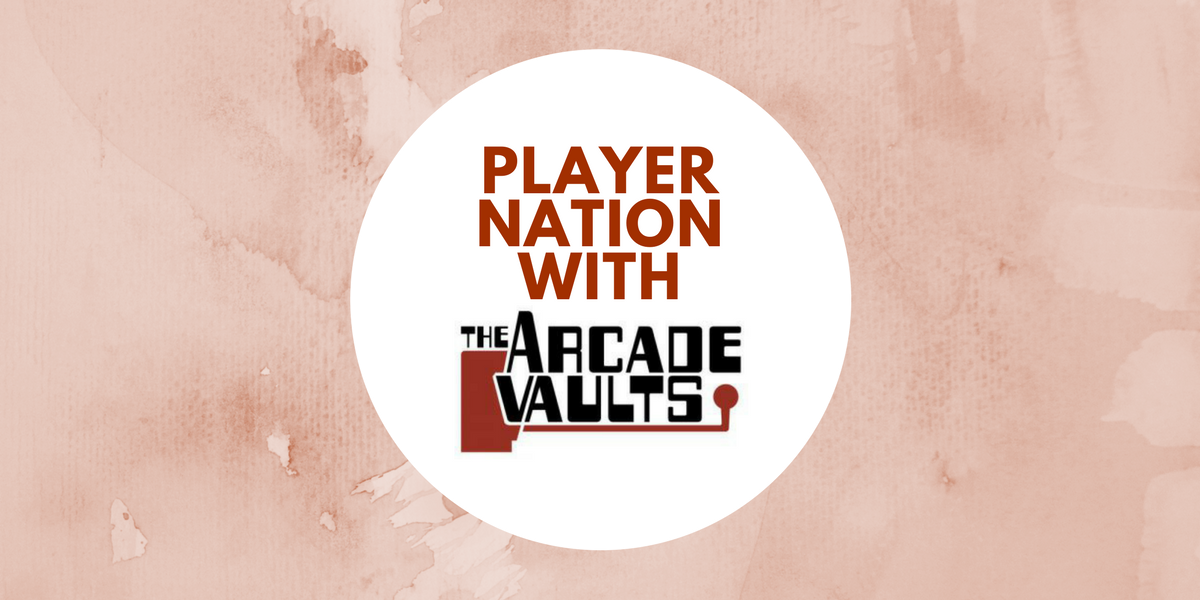 Last Saturday (23rd March) was the Arcade Vaults Player Nation event in Cardiff, which aimed to promote gaming with Wales by showcasing some of the best up-and-coming developers from within Wales and surrounding them with a fantastic selection of retro games from by-gone days. Finishing off this was a phenomenal experience for fans of star-trek with UK Starship Bridge Simulator, a workshop set up by Mi Little Pad who are trying to focus on engaging with children’s creative sides in a friendly, safe environment using Minecraft and finally, there was one of our very own members Rockape giving away free games to those that could spot him hanging around.

The first item that was on my agenda was the Indie Dev scene. Located upstairs in what was a converted pulpit area of a church, this large stage filled with five or six homegrown development teams was what had originally piqued my interest in the whole event, as a chance to see the current state of the game development within Wales. I am delighted to say that it is certainly alive and kicking! I believe there were a total of six development teams at the event but due to time constraints, I only managed to sample three of them, so if anyone can contact with regards to a list of developers at the event, please let me know. 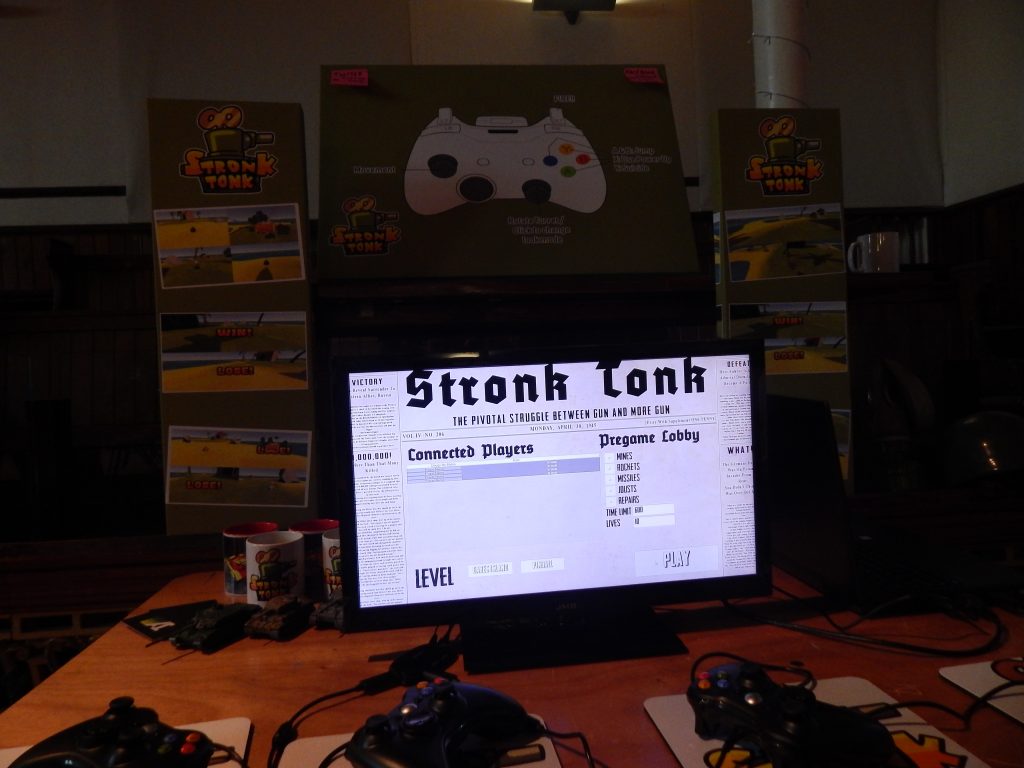 The first game I sat down and played was Stronk Tonk, a quirky named party game involving, you guessed it, tanks. The aim of the game was simple: you are on an island with 3 other players, proceed to knock each other off the island and be the last tank standing. There were various power-ups available to you such as a traditional landmine, a rocket jump that can help you avoid being knocked out; and my favourite, the mine on a stick. This crazy power had you charge headfirst into someone to send them exploding back into the distance. At the time of playing there was one map available to play but I was assured that another map was having the finishing touches places on it in a newer build. Overall I can see this game becoming great to load up at a party with a few friends, reminding me of the feeling that it could become a new party staple alongside Jackbox, Mario Party, and Mario Kart. 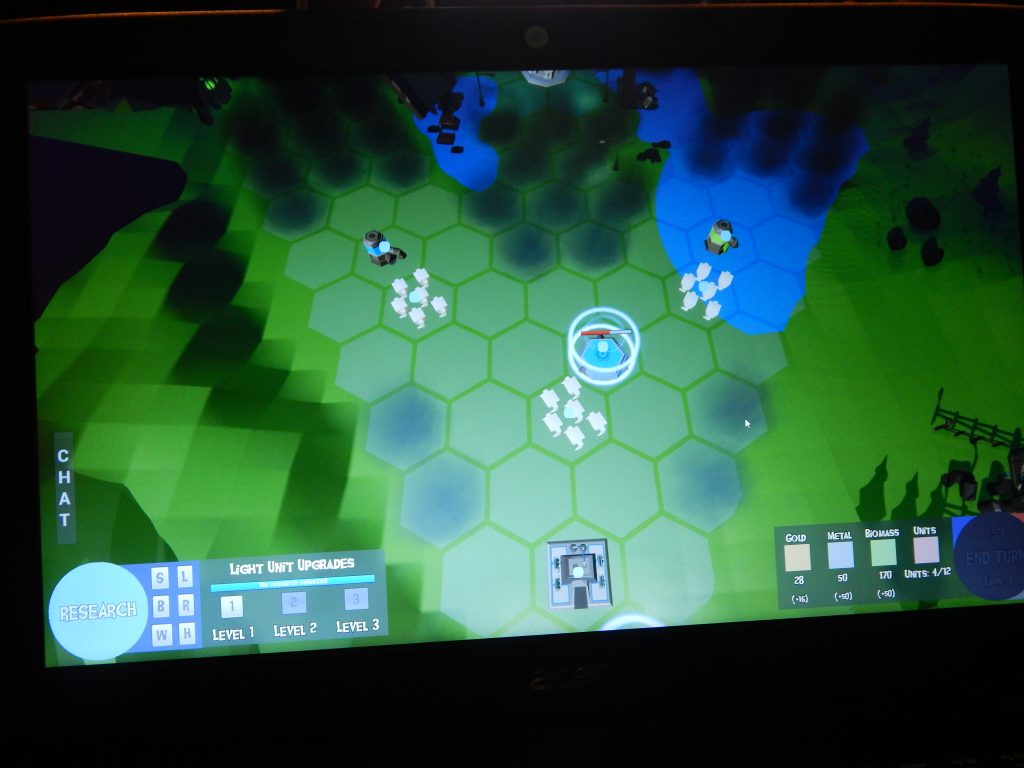 Second on my list of games was the Real Time, Turn-Based strategy game known as ROTSNBOTS. This game was an interesting take on the genre, providing an experience that almost stripped the whole genre down to its bare essentials: 4 units, a rock-paper-scissor counter mechanic, and a straightforward upgrade tree; all wrapped up in one neat little package. The most interesting feature of this game is the way in which turns are taken: each match consists of rounds of 2 minutes each, in which players take their turns simultaneously. During this time, you must construct new buildings, recruit new units, and attack your opponent while they do likewise to you. I found this a nice refreshing take on strategy games and I would be delighted to see this type of game maybe enter the mobile arena, as I would love this type of game on my tablet. 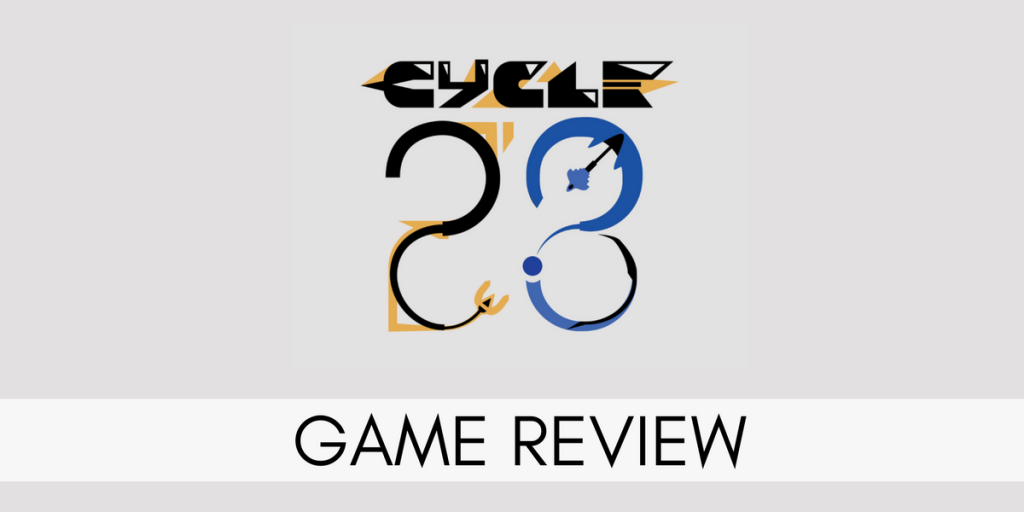 The final game that I played was something that wasn’t originally on my radar, but I had spoken to the developers to organise a small interview and a chance to actually get my hands on the game. This was Cycle28 (Available on Steam now for £3.99), a “space shooter with a mystery at its heart”, as described by one of its developer, Sean Walton. Sean, along with his colleague David, make up the development studio Pill Bug Interactive. They were delighted to see our team at the event and had previously welcomed WGN members in streams, popping in and spreading some sneaky developer insights. The game itself is simple at its heart, it is a game about getting a high-score by shooting enemy ships. There are upgrades which act like mutators, giving your ship new abilities and weapons. But despite the frankly quite addictive gameplay, the allure of a mystery is what drew me in. Without spoiling too much, the game has you reliving the same cycle over and over again, trying to progress to the next day. I have been told that the mystery behind the “groundhog day”-esque nature of the story is rewarding twofold, in that it is indeed a curiosity that I personally cannot wait to see fully unfold; and secondly, there will be a physical reward for the first person to solve the mystery and contact them as such. This reward will be a golden ticket as it were: the person who solves this mystery will unlock all Pill Bug Interactive’s previous games, and also all future games the development team produce. In my opinion, this is super enticing and I cannot wait to see how the events unfold. 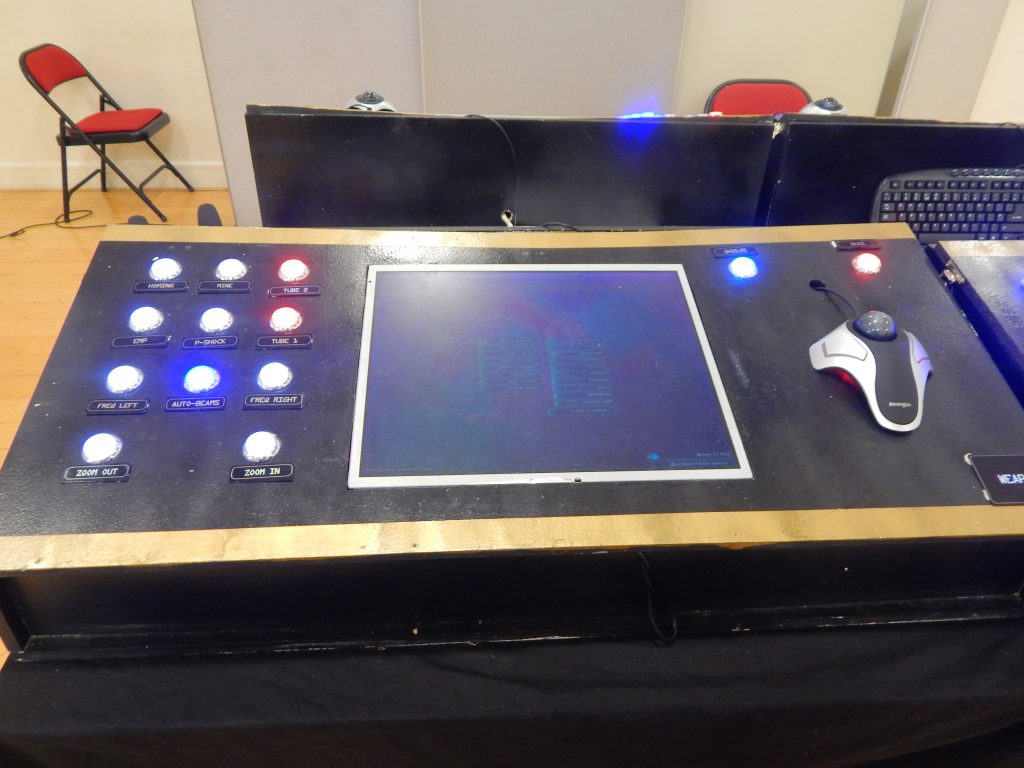 The other feature that really stood out to me at Player Nation was the Starship Experience. The Starship Experience was for six players, where each controlled a different section of control of the ship. The roles consisted of Weapons, Science, Communications, Navigation, Power, and of course, the Captain. Each player had a designated console from which they could access individual functions and actions that they could take. The captain was without a console and relied upon the information that the other players can provide to make decisions as to how the team should proceed. When I played, I took the role of the communications officer and as such, I had to initiate dialogues with various stations to receive docking permissions and build new weapon supplies, attempt to hail enemy vessels to offer peace or even to insult them, and finally I was the crew member that received our new objectives from command, all while trying to filter out the noise of several other useless transmissions. Our mission was to investigate some suspicious circumstances regarding a black hole. My favourite moment was when we attempted to capture a fugitive, only to be ambushed and attacked by a group of drones. We were completely unaware of what was happening, my screen was flickering with all these reports of attacks, meanwhile, damage to the ship was causing my screen to static and crackle. As the captain shouted for us to engage the enemies, I hit the big red button that had one purpose, to take us to battle stations, which in reality had no effect besides a series of glowing red lights and emergency noises. It was a great experience, six people who hadn’t met each other previously, shouting reports and commands to each other, strategically trying to avoid being destroyed. Sadly, we didn’t complete our mission but it was a phenomenal experience and I would love to see this type of game enter the arcade market.

I would like to give a big thanks to The Arcade Vaults for sponsoring the event, the teams over at Pill Bug Interactive, Stronk Tonk, and ROTSNBOTS for giving me a chance to sample some of Wales’ homegrown indie games, and to everybody else for celebrating and encouraging the Welsh Indie scene. If you were at the event and I didn’t get a chance to see your game, please get in touch, I would love to hear from you!

If you’re a game developer or work in the gaming industry in Wales in any capacity and would like a feature or interview from James or from any of the Welsh Gaming Network’s writing team, get in contact. If you’re an events organizer and would like us to advertise your event or provide coverage then just drop us the details on Discord or email.

About James Grant
Hey everyone! I'm James, a writer and the Overwatch Team Captain for WGN! I've been a big gaming nerd since the age of three, growing up on the likes of Sonic, Pokemon, Tekken, and the like. When I'm not gaming on any device I can get my hands on, I'm working my way through a Computer Science degree and would love to develop a game someday. Do you want to suggest a game for me to review? Tweet me with a game and I'll try my best to play it.
View All Posts by Author
Welsh Talent at Insomnia 62 #i62
Talk & Surf are Recruiting in Cardiff! 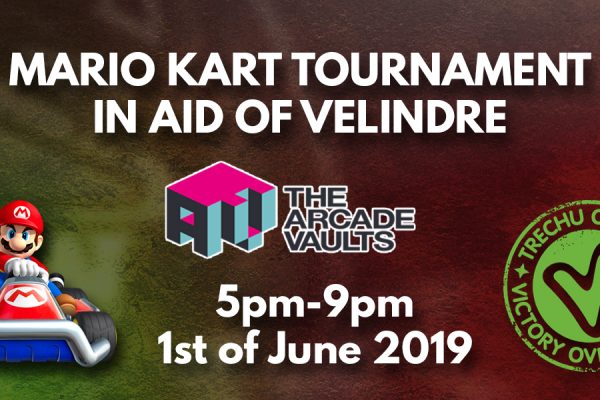