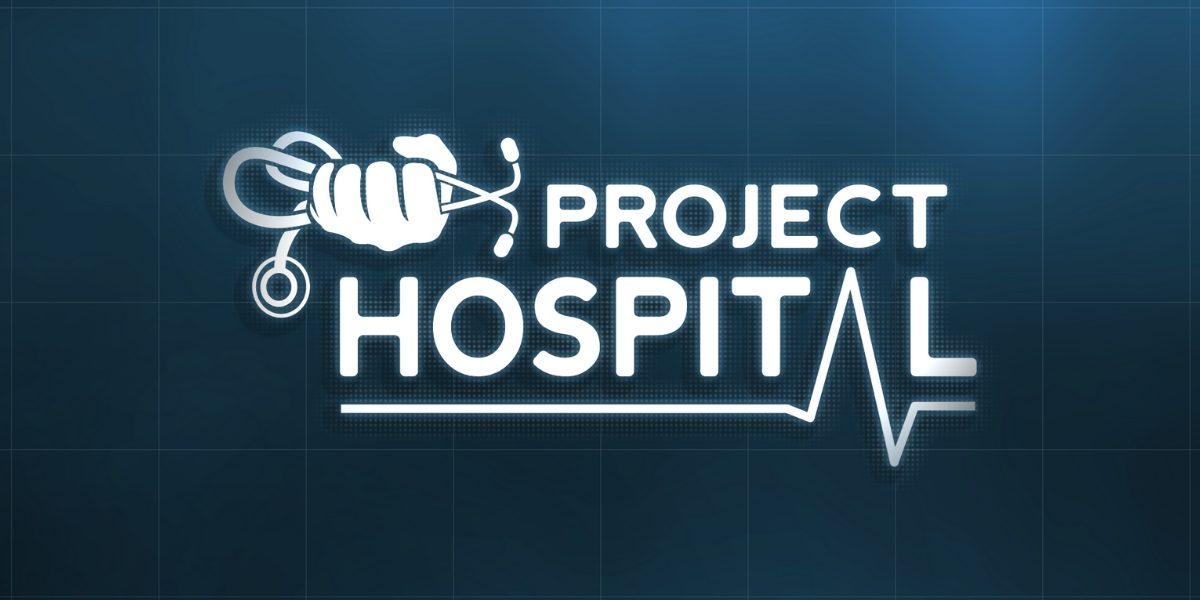 It actually leaves it in a very good place, because once you play this game you realize that whilst the inspiration for both may have originated in a doctors office, that’s where the main similarities end. This isn’t a game that is competing directly against Two Point Hospital, but one that offers quite a different experience.

Building in Project Hospital is extensive. You can build your hospital from the ground up with thousands of different options, from flooring and walls, windows and doors, to rooms and items to fill them, both practical and decorative. As a big fan of the building segment of The Sims series, the building aspect really appealed to me and drew me in with the massive array of options and details available.

If building isn’t your type of jam you don’t have to do it. You can take over the management of a pre-built hospital, or, you can select prefab rooms. Prefab rooms come in a few different size choices and contain all the equipment and decor that you could need. They’re efficiently made and make excellent use of space, whilst looking good too. You can save your own rooms as prefabs, so can edit a few things and then save it for future use. Despite having massive amounts of options, it’s also possible to get a hospital up and running with a few clicks.

Once your hospital is built, whether you placed each brick individually, or chose a quick pre-fab setup, you need to manage it. Management options are also extensive, with a ridiculous array of things that you can customize and edit, tweaking to your hearts content until your hospital is running smoothly. There’s a steep learning curve here as there’s quite a lot to do, so for a while, you’re likely to leave it mostly on automated and default settings. You can customize staff rotas, staff uniforms, you can hire alcoholics and workaholics alike, you can control which rooms are available to who, set prices, make a profit or be a philanthropist. And there are hundreds of other tiny management options in between.

Be the Doctor that mum always wanted you to be

If all the above isn’t complicated enough, you can also switch each patient from automated management to manual management. This means you’ll become their personal doctor and have to direct them through each stage of the diagnostic procedure and decide upon a diagnosis and treatment. Once your hospital is up and running, this actually creates quite an interesting little mini-game and whilst I can’t imagine anyone would be able to run a large hospital fully manually, you can juggle a few patients and turn the game into a very different playstyle.

You’ll learn about hundreds of different medical problems, and the diagnosis equipment and methods that doctors use to solve them. It really feels well researched and informative and from my personal knowledge, accurate – although disclaimer, I’m obviously no medical professional, but I have spent quite a bit of time in my life in and out of hospitals.

Learn every detail of your patients lives… or don’t

The downside of all this incredible detail is ultimately I’m left wondering how much of it actually matters. In the hospital that I have open right now, I have 80 staff members and 8 of them are alcoholics. I only found this out when an achievement popped up for having 5 alcoholics on staff. It doesn’t really seem to make a difference. I’ve had a few patient deaths, but whether that was down to the surgeon being drunk on duty I really don’t know. At times there is just too much information and it’s hard to know what it’s affecting or whether it matters at all. I’m making a profit without really trying, and so far I’m focusing far more on the building aspect than anything else.

After a while, I stopped looking at a lot of the details and so far, it doesn’t seem to have made much difference. It’s a game that allows you to micro manage a massive amount, but doesn’t actually require you to do so – which makes you wonder, why is it there? Is it just to give people an illusion of choice?

The game has a steep learning curve – but it’s there for your enjoyment more than anything else. It just feels like the challenge is lacking, making this game more a building simulation with a doctor mini-game than a tycoon.

One of the things that has frustrated me about Project Hospital is that the UI can be quite clunky and unintuitive – with the help system not really answering all the questions. I feel like I’ve got to grips with things now, but some things remain an unknown. You can’t seem to change the camera angle of the hospital which is quite a big downside for me personally, although may not bother others, and I’ve encountered a few bugs including having to restart the entire tutorial system at one point. I actually gave up on the tutorial and learned the game in the sandbox as I was struggling with checkpoints that wouldn’t complete. It feels quite raw and I think that’s going to put a lot of people off. I was happy to spend 10 hours pottering around and learning how to play the game myself – but many won’t be.

I don’t like pitting two games against each other, but ultimately this is a very niche genre and the two games have come out very close together. There is no way to avoid people asking how they compare and I think a point of comparison isn’t always a bad thing. You can read my full review of Two Point Hospital here.

They are not the same style of game in any way shape or form aside from the hospital setting. Two Point Hospital is a humorous progression based tycoon, whereas Project Hospital aims to be an open sandbox, realistic building and management simulation, where you walk step by step through the processes that you might encounter were you to head to hospital today.

Ultimately Project Hospital doesn’t quite hit the mark for me, but it’s still a good game. It’s got a great foundation but something just feels like it’s missing – the actual challenge, the purpose to all these great details and options. I’d still give it a thumbs up and recommend people buy it if they’re interested in building a realistic hospital from scratch, as the game is unique, and I’ve enjoyed my time playing it. There have already been 6 patches since release and I’m looking forward to seeing what awaits the game in the future.

About Athravan
Athravan - Christy - joined the WGN in February 2016. A keen writer and reviewer, she is currently the Editor of the Welsh Gaming Network. She lives in Cardiff with her husband and son, who was born in 2017. You can follow her Steam Curator "Play with Ath" by clicking the website link below.
View All Posts by Author
Visit Author Website
December Giveaways
Oculus Rift Virtual Reality Review
COMMENTS 41