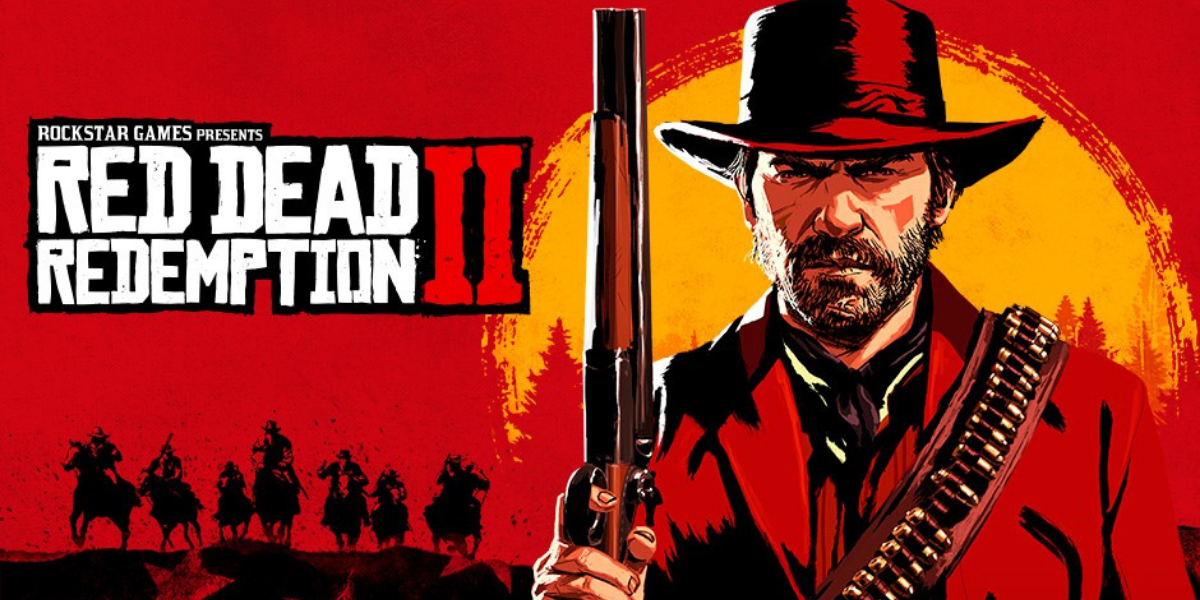 For many fans of Red Dead Redemption, this game has been a long time coming. Over 8 years, in fact, as the original took the open world market by storm in May 2010. Since then, the wild-west themed Rockstar masterpiece has won the hearts of many a gamer. It set a precedent for quality of narrative and detail in open world story games, up there at the time with Skyrim and of course, GTA. Now that Red Dead Redemption 2 has arrived, it’s blown the roof off once more, showing us just how good Rockstar really are at making games

Before I run off on a huge splurge about why this game is the best, I’ll run through the components of why this is absolutely true. First, the music. The official soundtrack as of publication is 48 tracks, or 47, with an additional 7 ending credit themes. From melancholy beats, country classics, ballads and the lot. It’s a brilliant and powerful set of music. Least of all because during many scenes throughout the game it really delivers plenty of emotive punches. Arguably more impactful that the first game by far

The sound is just as impressive. Not often do I explore an open world and marvel at how many small sounds have been included to bring everything to life. I noticed the sounds of various birds, small wildlife, insects, rustling leaves, grass, rushing water, sound of wagons, horses, the wind and even your characters clothes. It’s honestly impressive and with a good sound system, you will feel utterly immersed. So if you’re looking for auditory authenticity, then it’s here.

I also want to note the impressive voice acting. Benjamin Byron Davies killed it in the last game as Dutch van der Linde, but the performance from Roger Clark as our new protagonist (Arthur Morgan) is outstanding. Rob Wiethoff was the voice of John Marston in the original, and it is in agreement that Mr Clark is up there with Wiethoff in delivering a hell of a job. Which is a huge compliment.

Since the trailer for RDR2 dropped, we anticipated that this title would look gorgeous. Previously, GTAV (especially when it was remastered for the current generation), had set an already high standard. Now that we have games like God of War and Spiderman flexing their graphical capabilities, coupled with fresh trailers suggesting downgrades for Red Dead, doubt did start to swim into view.

But these were dispelled immediately. Upon loading up into the first hours of the game, it’s a thing of sheer beauty. Warm, crackling shimmers from campfire. Soft, flittering rays of sunshine skipping through tree’s and between buildings. The detail in foliage, materials, clothes, weapons, animals and so on, is profound. And on top of this, the rendering on distance is also pretty good, though it does utilise atmospheric clouds/fogging to assist.

There are a few dumb notes to be found. For one, the water isn’t too impressive, with Assassin’s Creed Origins and Odyssey serving up much better water texture and lighting. Additionally, the weather effects, though gorgeous and a step up from GTAV, are sporadic and worryingly sudden. Anyone who has played Mafia 3 will recognise this weird behaviour. Thunder storm one moment, bright sunshine the next. It doesn’t happen often but when it does, it does break immersion.

Weighty: an adjective is a word I’d use to describe the general movement and mechanics for RDR2. For some, this is a good thing but for other’s it’s a challenge to adjust to. But what do I mean by that?

The horse movement, character movement and aiming controls for weapons have ‘weight’ behind it. These assets feel real, like they take effort to move. Everything from stumbling up hills on foot, galloping around a tight grove of tree’s on horseback, or shifting your aim between enemies. It isn’t slick and greasy like GTAV or indeed the previous RDR game. It’s not a negative but it’s something to note.

The gunplay is fantastic. Dead-eye from the previous game makes a triumphant return and with a few upgrades. It will one-hundred percent allow you to feel like a badass, drawing two revolvers and gunning down over a half-dozen enemies before they’ve gotten a single shot off. The gore, too, is incredible.

But there’s more. Hunting, fishing, poker, dominoes, finger filet, horse racing, fist fights in the saloon. There’s barbers to visit for a trim of the beard and hair (which grows over time). You can go shopping for clothes, guns, hunting equipment, food, tonics for yourself or the horse. It’s really very immersive and involving.

Let’s not forget the horses. Across the world are various stables and fences (dodgy shops), that offer horses for sale. Here, much like a GTAV garage, you can store your horses and their equipment. At said stables, colours of equipment and horse hair etc. can also be customised. In fact, there’s very little you can’t customise in the world of RDR2.

But what really sets it apart as a unique adventure are the camps. Hubs in the world for you and your fellow protagonists, where you can complete chores, play games, chat to characters or just get a bit of shut eye. It allows you to take a break from missions, or even pick up a few side jobs if you want a bit of cash. More importantly, it plays into your ‘honour’ level, which is a metre at the bottom of the screen which rises and falls depending on the deeds you commit

So as far as gameplay is concerned, it’s extensive, detailed but also very satisfying. The game consistently rewards you and runs smoothly with very little in the way of hiccoughs. And the few that are encountered are pretty damn hilarious. Just gallop into oncoming coaches and upload the clips to YouTube. Trust me.

Red Dead Redemption 2 is set in the year 1899, just over a decade before events of Red Dead Redemption 1, the game follows the adventures of Arthur Morgan within the Van Der Linde gang, run by none other than Dutch himself. Here, we see known character’s such as Javier, Bill Williamson but many new faces including an internet favourite, Lenny.

The story follows the gang moving on from a job gone back in Blackwater, which is referenced frequently, with their attempts at making money and escaping the law only backfiring at every turn. Soon, the plans change, the law catches their scent and things get very, very hairy.

In the end, the story culminates in a way that delivers so much more than any previous Rockstar game. It’s a masterpiece and it keeps on giving! Following the finale, you are treated to an Epilogue in two parts, consisting of another 25% of story gameplay.

The writing really shines through though, despite these gameplay hindrances. It’s genius. It’s almost impossibly good. You grow so attached to character’s (even your horse), and so we care. We care a great deal and so, when Lenny gets drunk, or Sadie gets angry, we’re right there with them. It’s a wild ride and one I will remember alongside games like The Last of Us and God of War.

There’s so much more to this game than I could fit in. The hidden trinkets and treasure maps on offer between missions. The optional endings to various missions, including the main game. The telling cry or a wounded deer following a poor shot to the center mass. It’s all so visceral, engaging and fun. It feels like you’re in the wild west, exploring the rolling plains, the snowy peaks, vast deserts and boggy swamps of Lemoyne (an area by Rockstar’s fictitious New Orleans).

For fans of RDR1, it’s a no brainer. An instant buy. But for those reading this who are having doubts, are short for cash or simply waiting for Christmas, let me say one thing. Ignore the critics of Red Dead Online. Forget the stigma and downsides of GTAV. Instead, imagine all your favourite western films, or simply a game that allows you to spend all day fishing, before buying five silk waistcoats, winning a game of blackjack, shooting off some arsehole’s hat in a saloon before milking some cows on the ranch.

It’s all there. A whole world and truly a testament to what Rockstar have learnt over the years.

About JasonGunslinger
A Cardiff dwelling, late twenties gamer living with his partner and two cats. In my spare time I love to go hiking, camping and regularly practice Ninjutsu. Favourite games include The Witcher 3 and Night in the Woods.
View All Posts by Author
WGN’s January Meet!
BELONG Arena Clash Spring 2019