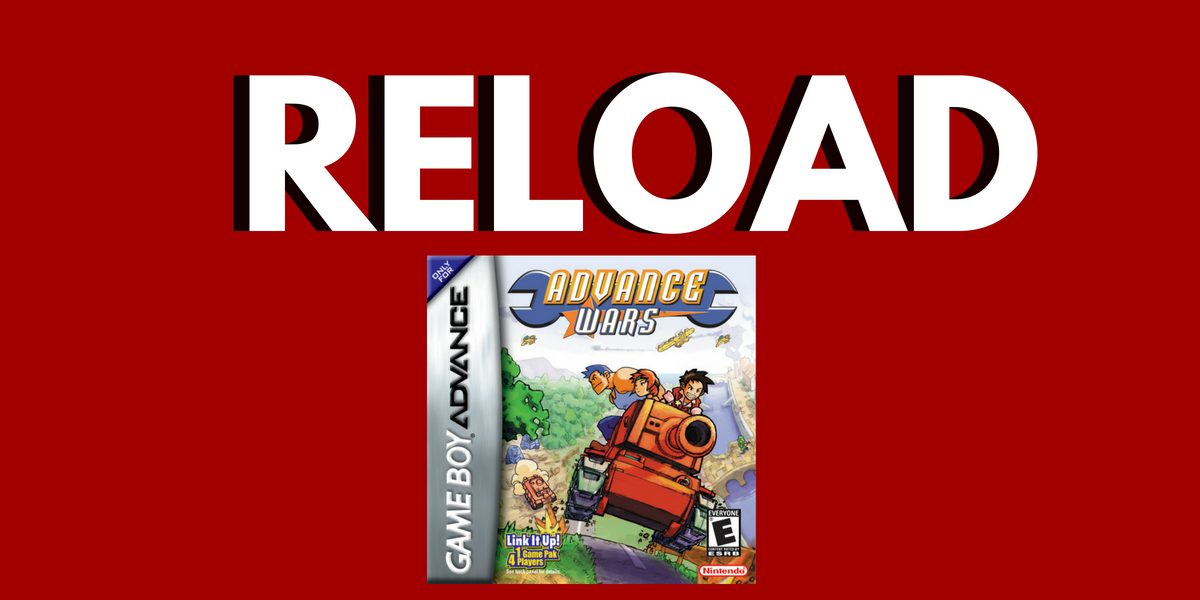 Alex Cornish's second installment in the Reload series looking at forgotten greats of the retro era is Advance Wars for the Game Boy Advance. How does this strategy stand the test of time?
SHARE
Facebook
F
Twitter
T
Google
G
Pinterest
P
COMMENTS
Spread the love

There are few hobbies that are so aware of their own history like gaming. The industry, the fandom and the culture of gaming make it’s own history a mandatory subject.

You’d be forgiven for wondering why bother reviewing old titles at all. Not only is the subject matter well known but it’s already usually well reviewed. It’s unlikely a new review of Modern Warfare 2 is going to sell any extra copies, I agree. Instead, what I’m going to review and replay the forgotten greats. Games that at their launch were celebrated and loved and that have now been consigned to the bargain bin. I’ll also cover how easy they are to play on modern equipment where applicable but mostly, I’ll be asking are they worthy of our love again or best left behind?

To help you understand what you can expect, I’ll list a few very loose criteria that each game will fit :

With all that in mind, I hope you’ll have some fun reading the reviews and I don’t have to buy too many adaptors.

The games in this series include 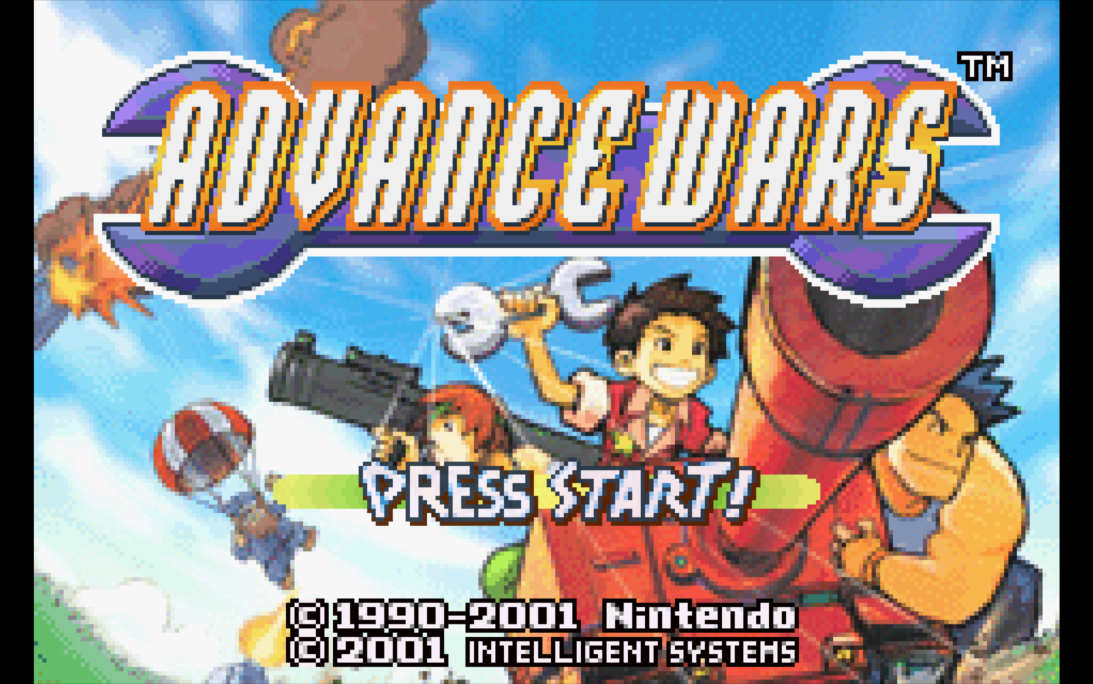 Advance Wars…is it easy to find and play in 2018? Probably not. Is it easy to emulate a game released in 2001 on Game Boy Advance? Yes. For legal reasons would I advise you do this? No, or do what you like. This is a game review, not legal advice. If I was a lawyer do you think I’d be writing for what my editor calls “exposure”? (only joking, please, please don’t take away my sweet column away).

When it was released, Advance Wars marked the rough mid-point in the imaginatively titled “Wars” series which started life in the Famicom in 1988. Dormant for over a decade at this point, you may be wondering if it worth getting investing time in a series that has less chance of revival than the new Fallout has of being utter dog pebbles. Well, I wondered that too, I never played AW when it first came out. The cartoony graphics and obsession with being fun were an anathema to a very serious 11-year old who was in the throws a full blown Games Workshop addiction. In between trying to figure out the right answer to the question “Are you a P.L.P?” and trying to slay heretics for the God-Emperor there was not enough time or pocket money to invest in series that looked, at least me, like it was for “kids”. 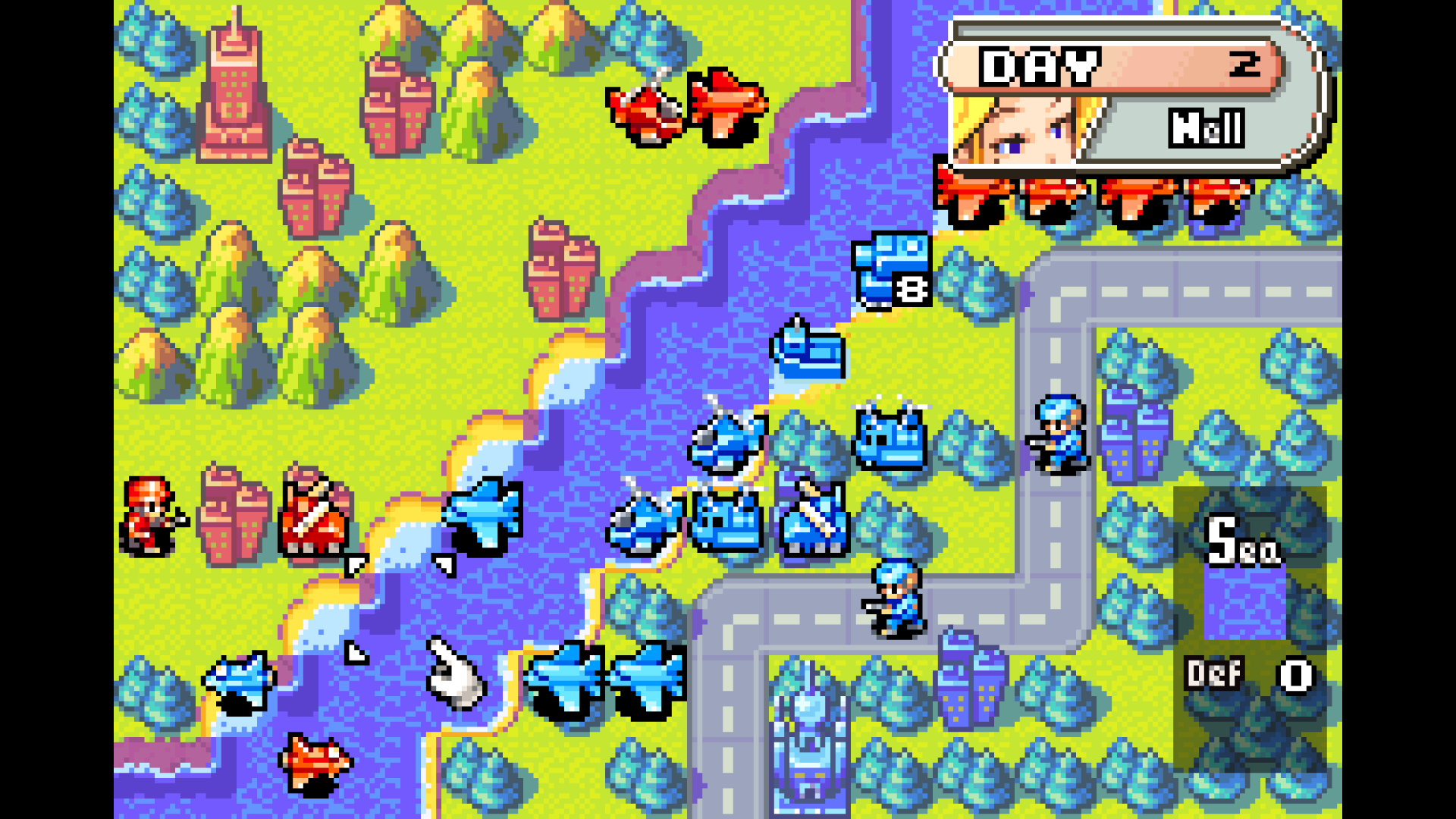 That was a big mistake, this game is for anything other than children. Seriously, it’s almost cruel to package Advance Wars the way it’s presented. On the surface it appears to be a happy-go-lucky RTS with all standard J-strat trappings, cartoon women, bright colours and constant violence neutered to the point of being a collection of cheery explosions. Underneath this though, there is a very serious military strategy game. Serious in the sense that you’ll be replaying levels over and over to try and outsmart what is an incredibly difficult enemy. The game has a learning curve like a cliff-edge. One minute you are marching a man with a gun into a bridge and the next you are building supply lines and SAM traps. It’s not helped by a truly grueling tutorial which consists of TWELVE missions. Terrain, weather and logistics are all things you will need to consider in order to succeed.

The only thing I have played recently that comes anywhere close is the equally insane Wargame: Red Dragon, a game that is about as close as you can really get to simulating warfare en-masse (engaging with the player base is also a pretty good way of simulating a mental disorder). It does make me wonder, who was this game really for? It’s a treat to play and is visually charming but it’s also incredibly hard. It punishes mistakes like a drunken stepdad and trying to use the menu and info screens (for checking ammo or fuel which is critical information) is unwieldy even on an emulator.  Was this really aimed at children? On a hand held console? If it wasn’t, why is it so relentlessly kawaii? I never said “aww” playing Supreme Commander once. I suppose, almost 17 years after release those questions matter less now but the game does struggle with them itself as you start to get stuck into the campaign. There is a story, but it really just serves to string together the individual scenarios. I was in the orange army and had to beat the Green Army, but then I had to fight the Blue Moon Army? I don’t know really, even now. it’s pleasant enough nonsense but I’m not convinced it serves any audience particularly well.

A little more on the visuals. In a game where information is king, and quick decision making crucial it’s really hard to forgive how poor some of the design choices are. Maps and cut-scenes look great but the fact most units look pretty similar is incredibly frustrating at times as it requires you to scroll tedious menus to find out the capabilities of your units. This is especially true at the beginning when you are figuring out the composition of your forces. 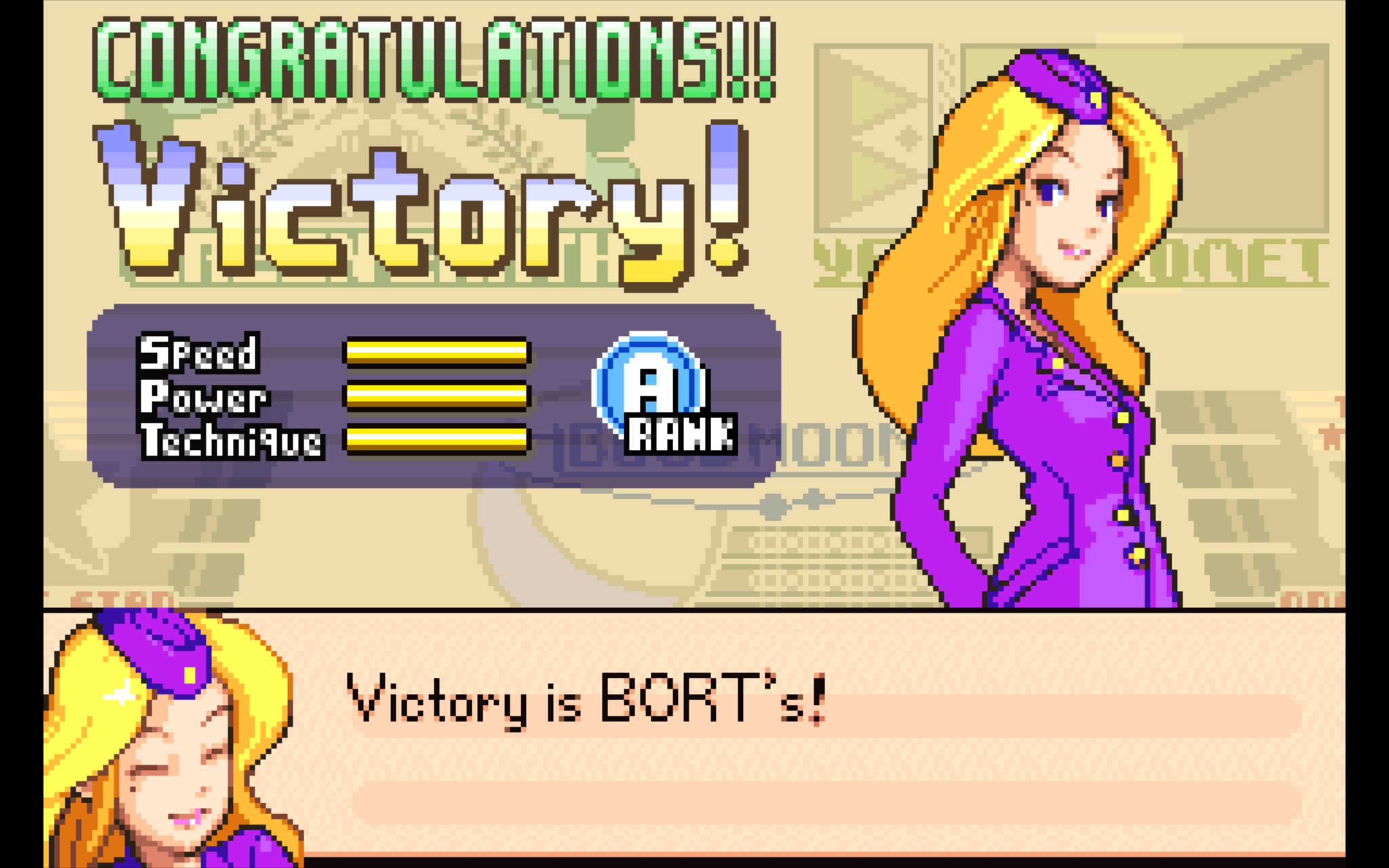 Where the replay value lies is in the “War Room” where you battle over a selection of maps attempting to get a higher score each time. With a deep roster for units (18) and multiple commanding officers to choose from (each with their own bonuses) I found myself playing this mode most often as the campaign got sillier and the difficulty of the story missions more arbitrary. It’s probably worth playing the campaign once but “War Room” is the only thing that would have you booting the game up again after that’s finished. The game is at it’s absolute best when it’s played in these smaller, more manageable chunks.

It may sound like I didn’t enjoy Advance Wars but that’s not true. I enjoyed it immensely, however having never played it when it was new, shiny and fresh I suppose I don’t have any nostalgic sense of good will towards it. Its few, often minor issues float towards the top a little too often to be overlooked entirely yet there is a charm about the game. It’s entirely confident in itself and knows it’s core mechanics well. When you are on the frontline, it plays exceptionally well and it does have a depth that will satisfy all but the most mil-sim fanatic RTS player. That said, I still don’t Advance Wars knows who it’s really for. Whilst there may have been an audience for this game in 2001, I’m not sure that audience exists anymore. Is there enough here for any major developer to take a risk? I’m not convinced. Besides, it’s burdened not only by the fact the IP is owned by Nintendo but by it’s own legacy, it’s considered one of the best games of the era, certainly on GBA and any one taking on the challenge would surely be aware that in gaming, expectation is often the death of ambition.

When it was released, Advance Wars was rightly praised for pushing hand-held gaming into a new direction, but is it worth your time and money now? Your money, no. It’s not worth whatever it costs on e-bay et al anymore but your time? Well, maybe. If you enjoy RTS games then it may well be worth spending a rainy afternoon or a long train journey fighting for the Orange Army. I am surprised there hasn’t been an attempt at a release on mobile but then again there are a lot of similar turn based tactics games on the market, so why tarnish a legacy with a cheap cash in?

When you drive past a military installation or a museum you’ll often notice a piece of hardware resting on a plinth outside the entrance. A rusting tank or plane, considered noteworthy for some reason and saved from the scrap heap. Outdated now, and never again to fire in anger or cruise the skies in search of prey, they live forever as a link to some glorious past. As much as I enjoyed playing it, this is where it’s best to leave Advance Wars resting, an anachronism eternally gilt in it’s faded splendour.

About Alex Cornish
Once I wrote about sad dogs who need homes, now I write about old games. Can you see where this is going? A strong believer that good writing embiggens the hobby and that we can do better. Interests also include E-Sports as an emerging market, monetization in gaming and The Simpsons SE1-9. Currently playing a lot of RTS and strategy.
View All Posts by Author
Interview with developers Small Island Games
Mega Streamer Meet Up at Belong Cardiff
COMMENTS 33