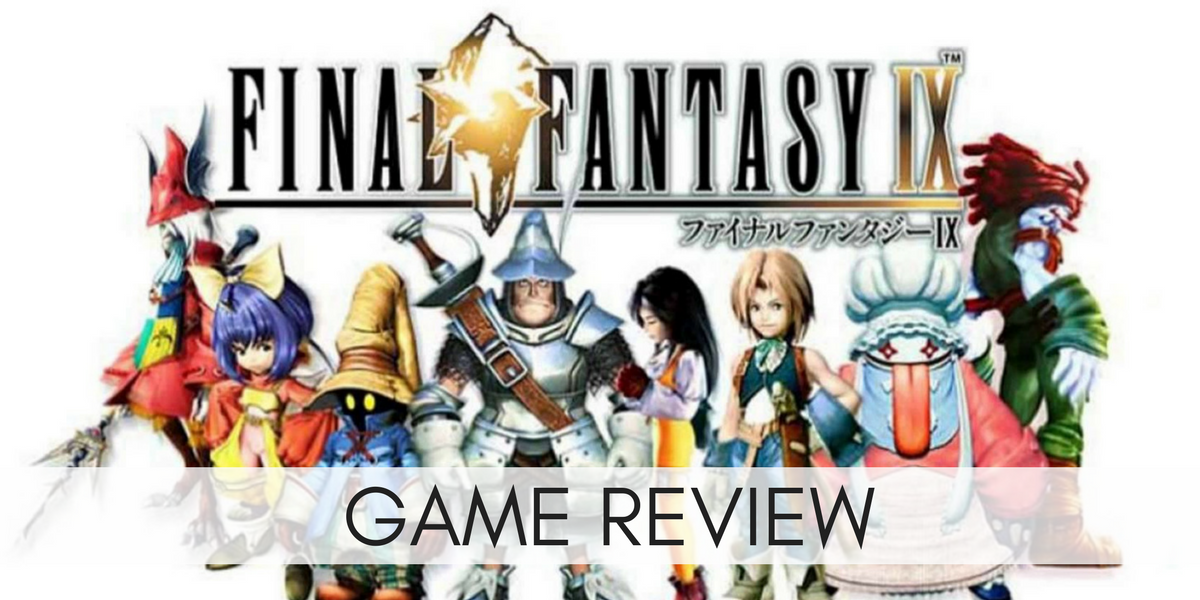 The team at Square-Enix have been plugging away tirelessly at the Final Fantasy franchise in the last year or two. The latest release for the ever popular multiplayer variant – Final Fantasy XIV – Stormblood, has given world of Eorzea a whole new storyline, additional features, classes & raids for the most devoted of players to sink their teeth into. Additionally, the wait for installment XV of the much-acclaimed series has led to a build up which was polite enough to allow fans to go away, have children, and still have enough time to raise them up so they can introduce the little sprogs to Noctis and his crew. Keeping up with the trend of waiting, the excitement of a VII remake and a HD Cloud is enough to bring a tear to the eye of the most hardened fans.

So with fans young and old venturing into the world of Final Fantasy, what better time to bring back one of the classics into the fray? 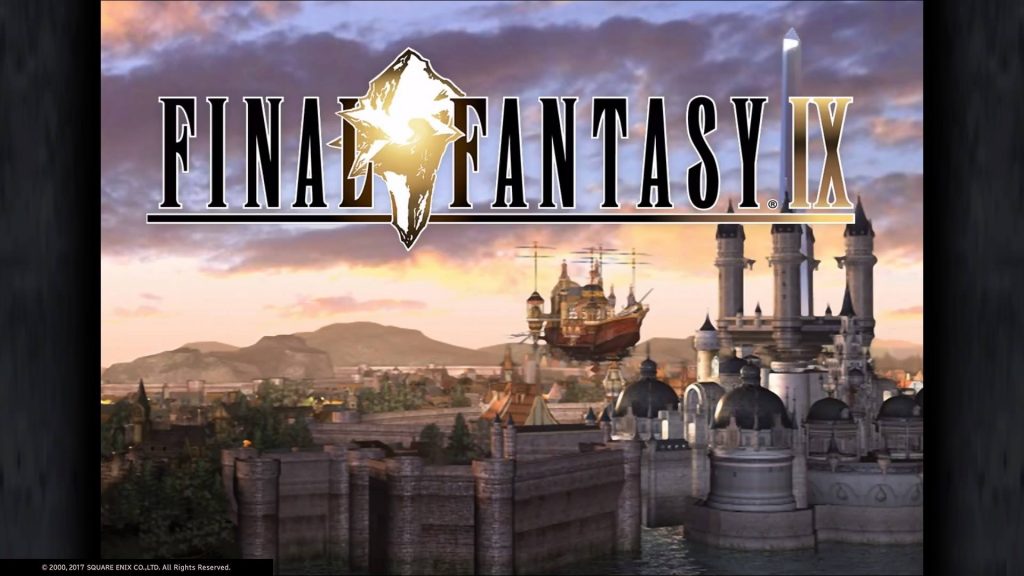 Final Fantasy IX – Come on down!

Square-Enix announced the release of Final Fantasy IX on September 19th on the PSN store, which comes with it’s own personal PS4 theme, individual avatars for the main characters in game, and of course, one of the most emotional, thought provoking games to have graced the PlayStation.

Entering into the life of Zidane Tribal, a conflicted and kind-hearted thief who looks to bring out the best in people, he finds himself heading to the mesmerising kingdom of Alexandria, tasked with the mission of capturing the elegant Princess Garnet, heir to the Throne which Queen Brahne currently occupies. Throughout the course of the story, many characters come and go, all with various stories, hopes and setbacks which lead to a story of self worth, understanding and compromise. 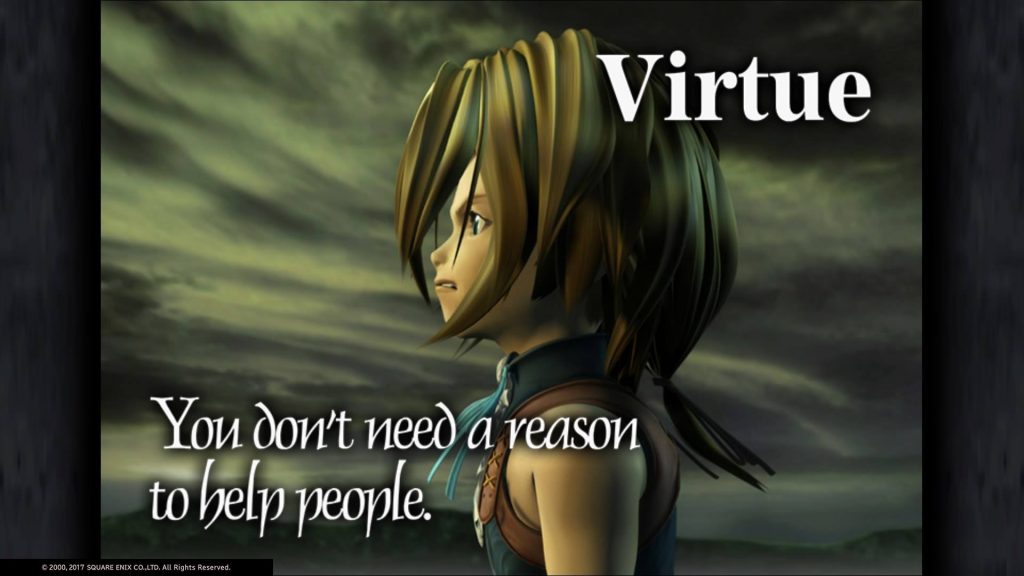 For a new starter to Final Fantasy, IX is arguably one of the more relaxing games to ease your way into the series – it’s light-hearted, jovial art style is warming without breaking the boundaries of being childish. The animations appear a lot more polished and refined in the PS4 port, providing a greater understanding of the emotions the characters portray. (Who can forget Steiner’s look of horror leaning over the castle edge!?)

Whilst the ATB (Active Time Battle) system is pretty simplistic, it also can provide a degree of urgency in the actions you take, knowing that all the time that you are choosing what ability or skill to use, your enemy is also building up for an action themselves. Do you risk going for one more attack knowing that you’re low on health, or do you quickly heal and build for the next attack and hope that the monster hasn’t got a surprise in store for you. (Plot twist – surprises are evil.) The option of a “wait” mode can alleviate this slightly, but the pressure of decision making still lies in your hands with every action you take. 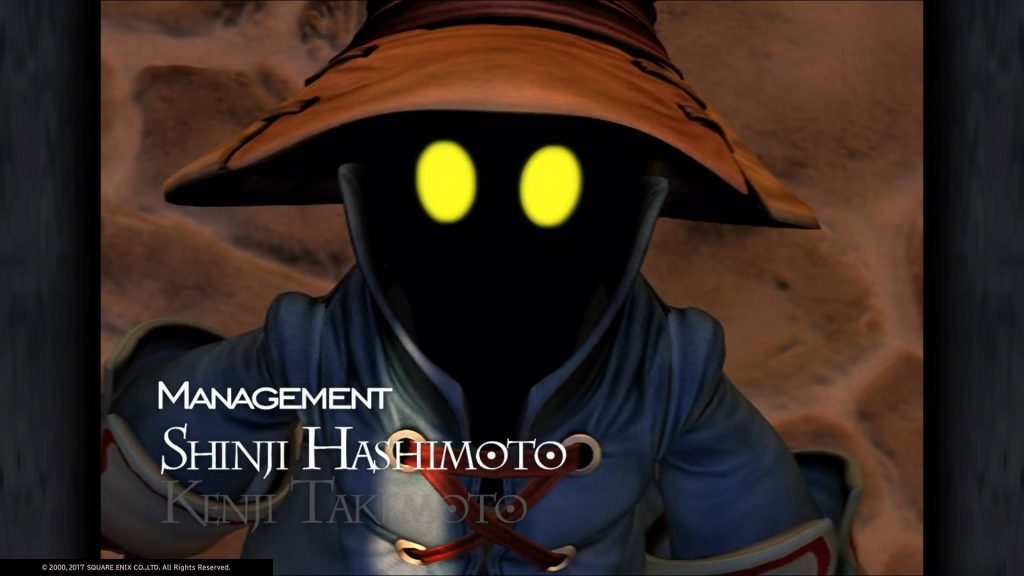 Decision making is a key theme throughout the story of IX, where the group are met with a number of harsh realities, and this is where I feel the game shines above the rest – Each character has their own backstory which is filled enough to really understand and connect with them, regardless of if you are in agreement with their choices or not. The development of each character is so in depth that whilst the main story continues, there are 7 or 8 bonds which you are going to want to side step in order to understand more about and can even relate to in some instances, the story of Vivi being a very emotive subject regarding acceptance and belonging.

That’s what to me makes this game stand out from the rest – A relatively simple story to start with, with a few characters that you are warmed to, and over time it unravels to an extremely complex storybook of plot twists, heartaches, acts of defiance and learning about what truly matters to you personally. Not to mention how adorable the Moogles are in this game. (MogNet is the letter delivery system that all businesses should adopt!) 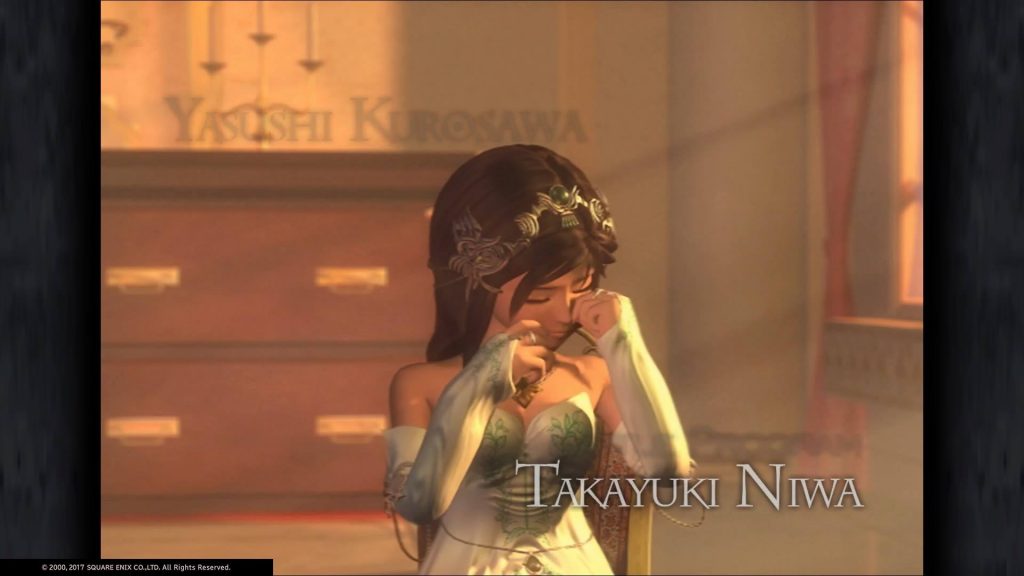 One of the main issues that was identified with the original PS1 edition of the game was the large number of random enemy encounters, especially within the world map. Whilst a fix has not been made to limit them, you can choose an option to actually remove them completely at the click of a button on the PS4 should you wish.

This is one of a few options available on the PS4 edition, other options being a “high speed mode” which does exactly as it says on the screen, allowing those speedrunners a safe haven to go about their way. Or if you fancy a relaxed adventure with little challenge, there is an option to maximise your stats from the start so you can go about your way to enjoy the story in a smooth sailing adventure. They’ve thought of solutions for all kinds of players! 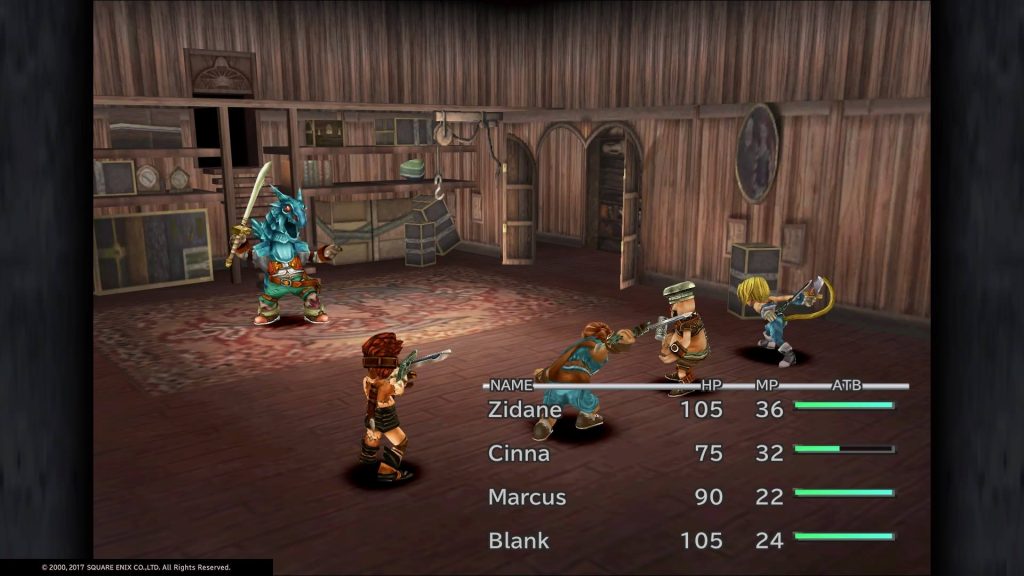 For anyone who wants an insight as to what a Final Fantasy game can bring to the table, I certainly believe that IX is a wonderful starting point. It brought me hours of joy as a child, and still remains a firm favourite in my household when looking for a game to play. If you are after a riveting story with a relatively quick learning curve, but with challenges on the way, you won’t go too far wrong with this.

Now if you’ll excuse me, I’m off to kidnap Princess Garnet for the 29th time…
​

About Karl
When he is not spending his time getting lost in varying worlds in a multitude of RPG games (most likely simultaneously, causing lots of weird crossovers), Karl can often be found scouring the internet looking for a chat about gaming, food and sport over a beer or two.
View All Posts by Author
Fortnite: Battle Royale
Rockape plays SOS