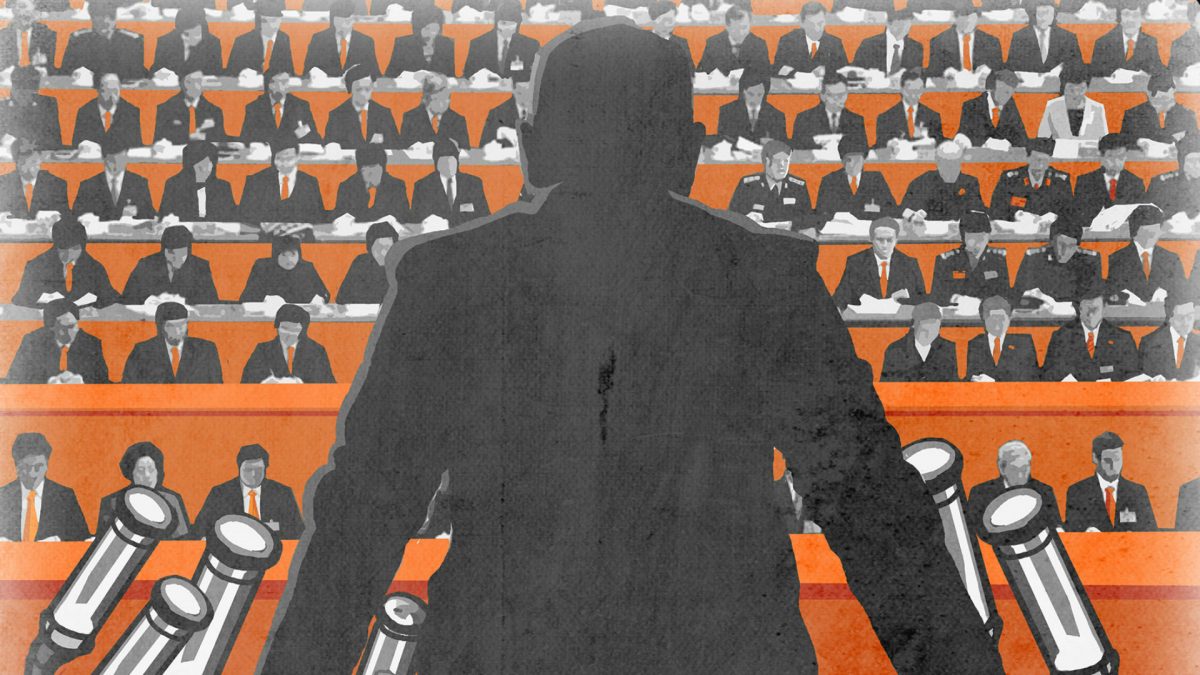 This is a review of For The People by developer Brezg Studio released on 13th August through Steam. A code was provided to the Welsh Gaming Network for the purposes of this review.

Have you ever read War and Peace? Tolstoy’s classic is well-known for being a chunky piece of text, and while the level of writing is not comparable, For The People should also be known for being heavy on ye olde written word, and light on ye olde strategic elements. Calibrate your expectations accordingly.

What is For The People?

For the People is an acute social novel with strategic elements that puts the player in the shoes of a state official.

The story of For The People sees you take the reins as Comrade River, given a province to manage by your revolutionary leader. You have to balance the needs and wants of your denizens, various elected officials, and the overall glory of the Union of People’s Orange Communes. The setting and style are familiar in that there have been many, many games dipping into the pseudo-Communist well for inspiration – and quite often taking the stylized, muted-shades-with-splash-of-colour route seen here, too. There’s nothing particularly wrong with it, per se. It just doesn’t feel fresh, despite being well-drawn. Which is a shame.

So how does the story stack up against War and Peace? I kid, of course. But the story doesn’t pull up trees against contemporaries like Papers, Please. Part of it is delivery – you’re fed story through a lot of different channels like the newspaper, letters from a journalist, cases from the citizens… But it’s not really a case of you discovering it. The story just plays out like a visual novel with interludes for text-heavy paperwork – and how well you’re “playing” allows you to see more of it. It’s not an issue per se. Just with it being a game, I expected to feel like I was influencing the story more – despite there being multiple endings.

Running alongside the visual novel are the light management tasks. You make decisions on cases brought to you, assign jobs to some minions you have across the town, and manage resources from the local ironworks. It’s all a little superficial. Each sort of task is common to other management sims, but there’s no depth to them. It feels slightly like loads of stuff was packed in to increase the challenge… But it all feels underdone and lacking.

Not a party person

Something a lot of visual novels or story-driven games live and die by are their characters. Unfortunately, this is another area that is just okay. The game attempts to give the characters flesh on their bones through dossiers and documents rather than via their dialogue and interaction with you. It feels lazy, even if it isn’t. Like the classic showing-vs-telling in film, this is the “reading rather than talking” in visual novels. The two or three characters who are more central to the story fare a little better… Although here they also lean on archetypes/stereotypes, including the fixer and – uncomfortably – the secretarial love interest.

Perhaps I’m being a bit harsh. The writing is generally okay. I wanted to follow the story enough to wade through the reams of text. But I didn’t really see the need for it to be a game. The game elements were too shallow to make them stand out from the games they emulate, and the story was too by rote to stand out from other writing. I’m just not sure if a visual novel fan wants the management… Or if a management fan would want the visual novel.

A mixed bag, and perhaps playing once through to kill time – which should take you about four hours. But it’s hard to recommend a game this short – and shallow – at full retail price.

About SoupaBuoy
Rhys (SoupaBuoy) is a Cardiff-born creative and avid gamer. He is currently a Walkthrough Overseer at TrueAchievements, having previously been a member of their YouTube team too. He's recently branched out into streaming and loves platformers, puzzle games and RPGs.
View All Posts by Author
Visit Author Website
Opinion: The console wars are over
PS5 event shows marketing mastery, but a mixed-up strategy