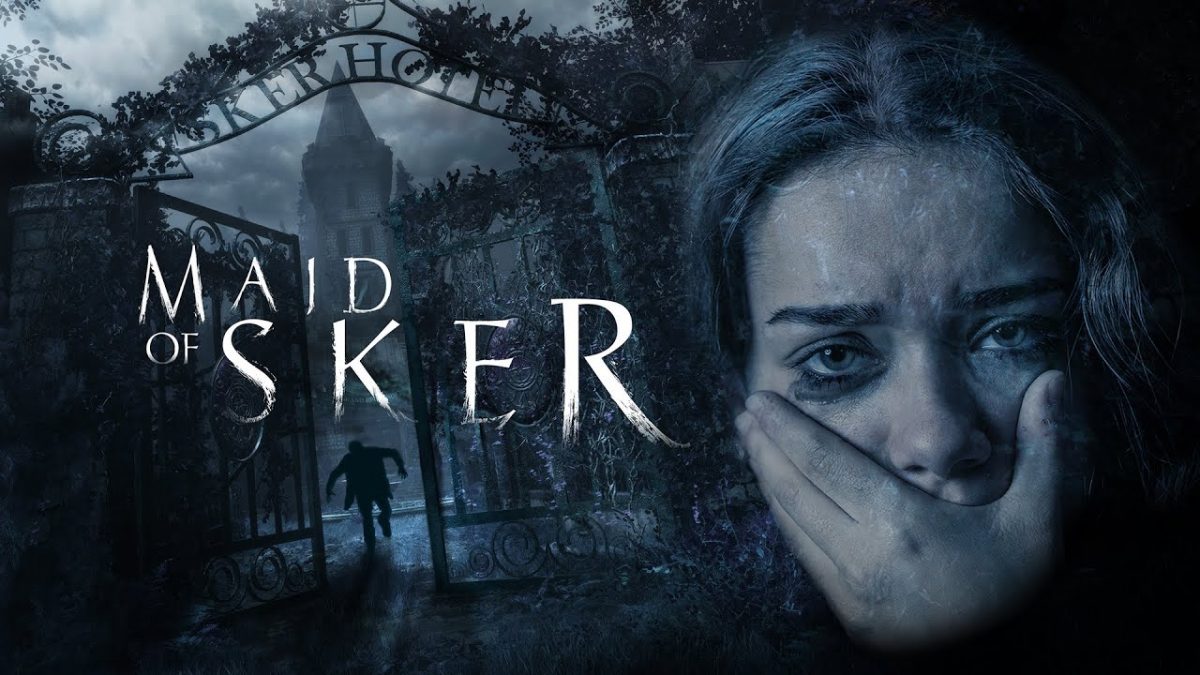 Maid of Sker is a solid horror title set in Wales, and made in Wales. SoupaBuoy takes a closer look at this latest effort from Wales Interactive.
SHARE
Facebook
F
Twitter
T
Google
G
Pinterest
P
COMMENTS
Spread the love

This is a review of Maid of Sker by developer Wales Interactive released on 28th July through Steam. The publisher provided the Welsh Gaming Network with a review key for the purposes of this article. The game has also released Xbox One and PS4, and is coming to Nintendo Switch in October 2020.

My favourite moments in Maid of Sker revolve around songs. In a game whose mechanics rely so heavily on silence, and whose tale relies so heavily on music, this seems particularly apt. While you spend most of your time in silence, carefully avoiding The Quiet Ones, music urges you on. The eerie music-box version of Hen Blant Bach alerting you to a nearby collectable. The haunting rendition of Calon Lân that drives the story forward. I loved hearing Welsh songs dotted around this atmospheric horror game, which carries itself as a solid, but niggly title.

What is Maid of Sker?

Maid of Sker is a first-person survival horror, set in a remote hotel with a gory and macabre history from British folklore. Armed with only a defensive sound device, you’ll utilise stealth tactics to avoid death amongst a cult of sound-based AI enemies.

Set in 1898 and inspired by the haunting Welsh tale of Elisabeth Williams, this is a story of a family empire driven by torture, slavery, piracy and a supernatural mystery that suffocates the grounds of the hotel.

The opening will seem familiar to many horror regulars. You are Thomas Evans, tasked with rescuing your beloved Elisabeth, who has been locked in the attic of Sker Hotel and guarded by the hotel-staff-turned-cultists The Quiet Ones. You arrive at the deserted hotel and begin to investigate the beautifully-imagined – if crumbling – building and grounds. There are enemies, there are puzzles, there are collectables that fill in the story. So much, so standard.

The story is one of the many strong points of the game. Based on an 1800’s novel and other Welsh folklore, it offers more than enough intrigue to keep driving you forward. Elisabeth’s phone calls direct you through your objectives, while notes and phonographs fill in some of the hotel’s dark past. It seems a strange choice to have Elisabeth voice-acted without equally fleshing out Thomas, but the storytelling works. Delivering some of the backstory through phonograph recordings that double as save points is a particularly nice touch, I feel. It encourages you to stop and listen safely for a while, and not just save-and-run onwards.

It’s also effective in reinforcing the key mechanic – sound, and silence. From very early on, it’s emphasised that your adversaries can hear, but cannot see. As such, much of the game relies on your being able to hear their footsteps around you. With a headset on, you get a real sense of direction-and-distance to the whereabouts of The Quiet Ones. It makes every creak and bump all the more frightening as you listen closely for their steps. The musical elements really shine, too, featuring prominently as collectables and puzzles. Clearly, a lot of attention has been put into the sound design and it shows.

This stretches to the graphics and environment. The Sker Hotel is a gloomy mess of a place, but I couldn’t help but be impressed at how good the initial approach to the hotel looked. The attention to detail continues inside, with the gloomy interiors lit up occasionally with pools of candlelight and oil lamps. It all fits very nicely to the era and sharpens the need to listen carefully, to counter the dark. There are some rough edges, but Wales Interactive have done a great job on presentation here.

The environment, however, is also one of the game’s biggest issues. I’m not quite sure why, but Thomas seems to have a real problem with his legs. He cannot walk over anything over half-a-foot tall. Whether it be a stack of books or a slab of stone, Thomas just will not walk over it. And it’s mostly fine… Except the corridors are narrow enough without getting stuck on a suitcase. I spent a fair amount of time watching where I was walking to avoid ankle-high obstacles, rather than enemies. And when they gave chase, it became even more vexing – particularly later in the game around a more aggressive adversary.

The enemies themselves are probably the weakest point. They shuffle about on more-or-less set paths and amuse me a fair bit more than they should. I think it’s the flat cap on one of them. The idea that they’re blind, but still care enough to wear a cap, tickles me. Like they can’t do their murdering unless they’re dapper. I found them much scarier when they were off-screen. There’s nothing quite like hearing footsteps on the other side of the door… and them then walking in as you try to cross the room.

But it wasn’t the design that let the Quiet Ones down – it was their mechanics. Their paths are generally predictable, sometimes changing when you grab an item, in a scripted sort of way. They’re meant to pick up on you through sound – so no running in the hallway etc. There’s also a neat mechanic where you hold your breath through dusty areas to prevent coughing. But it makes the game painfully slow as you try to sneak everywhere, and their response to you is inconsistent. Sometimes I could walk right past a Quiet One in a corridor with no problem. Other times I could crouch in a corner holding my breath and they’d pick up on me, at distance.

Wales Interactive have done a great job giving players directional/distance-related sound, but it feels like the AI doesn’t have the same listening power. Other than through dust and smoke, you don’t seem to need to hold your breath. I believe your breathing changes as you take damage, but this didn’t seem to make a difference, either. It very much seemed like they’d either find you or not, regardless of condition. And for all the careful creeping about you do for most of the game, you reach a point where you end up barrelling around overly-tight corridors to survive in one area. It feels like a strange pitch-shift from the effective slow, quiet dread of footsteps from the rest of the game.

The Maid of Sker mostly hits the right notes. The gorgeous setting and strong story keep you immersed, and the audio is a huge highlight. It really sings when you’re straining to hear footsteps through a door, not sure what’s on the other side, or which direction the footsteps are about to head in. And despite the inconsistent enemies and Thomas’ inconsistent legs, I found I enjoyed my exploration of the Hotel. Even though horror is a genre I normally avoid, I loved playing a game set in Wales, telling Welsh stories.

Wales Interactive have done a great job in bringing this story to life.

About SoupaBuoy
Rhys (SoupaBuoy) is a Cardiff-born creative and avid gamer. He is currently a Walkthrough Overseer at TrueAchievements, having previously been a member of their YouTube team too. He's recently branched out into streaming and loves platformers, puzzle games and RPGs.
View All Posts by Author
Visit Author Website
Game Together 2020
Early Access: Making It Home