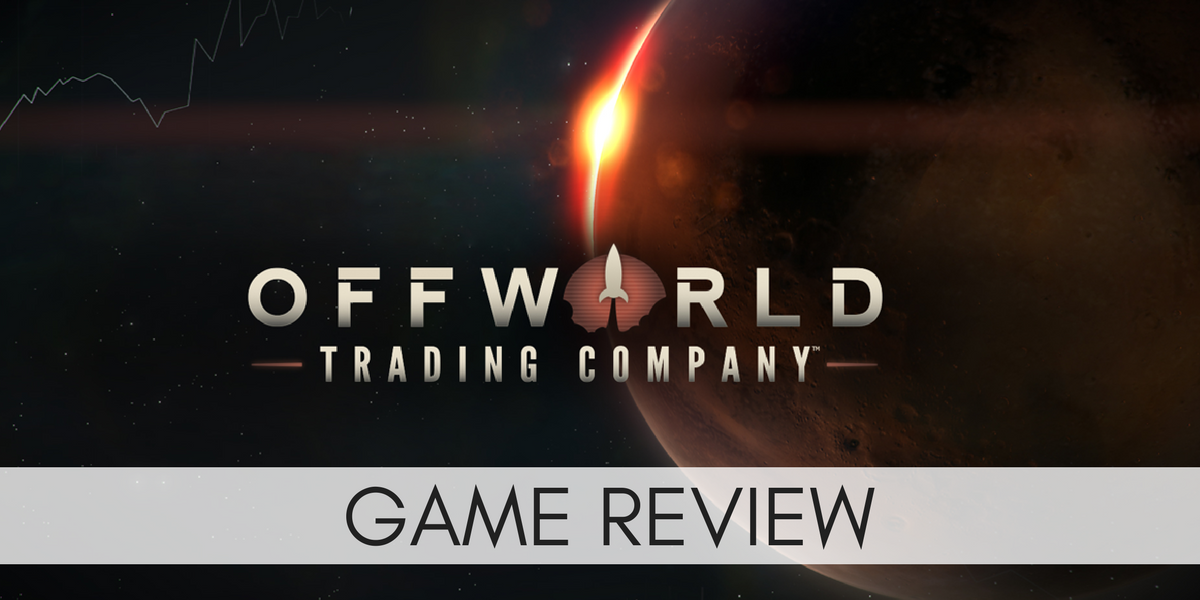 What is Offworld Trading Company

Offworld Trading Company is a unique take on the real-time strategy genre. Taking place within the new frontier of the Martian wastelands, the player finds themselves as the CEO of a company, ready to exploit the stock market and expand your empire. The game starts by scanning the map to find potential places to drop one of the four available bases. These four bases dictate what materials you will require to build and upgrade your stations and buildings. In a way, these four buildings are similar to the different factions in a traditional sense: you have the Robotic Faction who do require food and water to sustain themselves, but require power instead; there is also the Scavenger Faction who rely on carbon to build rather than steel and have quicker access to the less-than-honest black market; next come the Expansive Faction whose trade units move faster and cheaper, and who have access to one extra plot of land per upgrade; finally comes the Scientific Faction, a more advanced group whose resource production buildings can be placed on the raw resources as opposed to requiring an extraction and then alteration.

Overall, each of the faction plays with a subtly different but all return to the same goal: own a controlling share in your opponent’s company and perform a hostile takeover. Now how you gather the money to do this is straightforward, gather resources that are in demand on the market, sell the resources for profit, and invest the money into stronger financial opportunities.

Some of the opportunities that are available to the player move away from the idea of an honest business person, such as creating a hacker array to manipulate the stock market or hiring some thugs to detonate explosives in that one building crucial to your opponent’s supply chain. For example, I am producing a surplus of food resources. If I wish to sell off more of my stock, I could damage my opponent’s farms, thereby making them reliant on market purchases to sustain themselves; or I could hack the market, falsifying a shortage of food supplies, which causes a surge in prices, allowing us to sell quickly and profit.

Offworld Trading Company features a satisfactory tutorial system, outlining the basics of structure building and usage, and a solid demonstration of how the systems work and interlink. The campaign suggests that you complete one skirmish before playing to get a feel for the game and in this case, I think it makes a lot of sense. The campaign itself allows you to pick from one of the faction leaders and progress through a “weekly” campaign. Each week you can find to control one area (map), purchase upgrades to the buildings you take into the area, to begin with, and the aim is to own the most areas at the end of the selected weeks.

The campaign has some customisable options to allow for different skill levels. Overall, I think that the single player has a suitable amount of content for the price if you include skirmishes and the ability to import additional features with Steam Workshop.

The game has multiplayer, however, the three times that I have tried to connect (mostly in the evenings) there has been no games that I could connect to. So, if you were looking to purchase this game in the hopes of a new competitive multiplayer strategy game, you may be sorely disappointed.

Overall, I think that this is a promising and refreshing change in the RTS genre, but fans of multiplayer elements will want to avoid.

About James Grant
Hey everyone! I'm James, a writer and the Overwatch Team Captain for WGN! I've been a big gaming nerd since the age of three, growing up on the likes of Sonic, Pokemon, Tekken, and the like. When I'm not gaming on any device I can get my hands on, I'm working my way through a Computer Science degree and would love to develop a game someday. Do you want to suggest a game for me to review? Tweet me with a game and I'll try my best to play it.
View All Posts by Author
Dirt Rally
Fortnite: Battle Royale