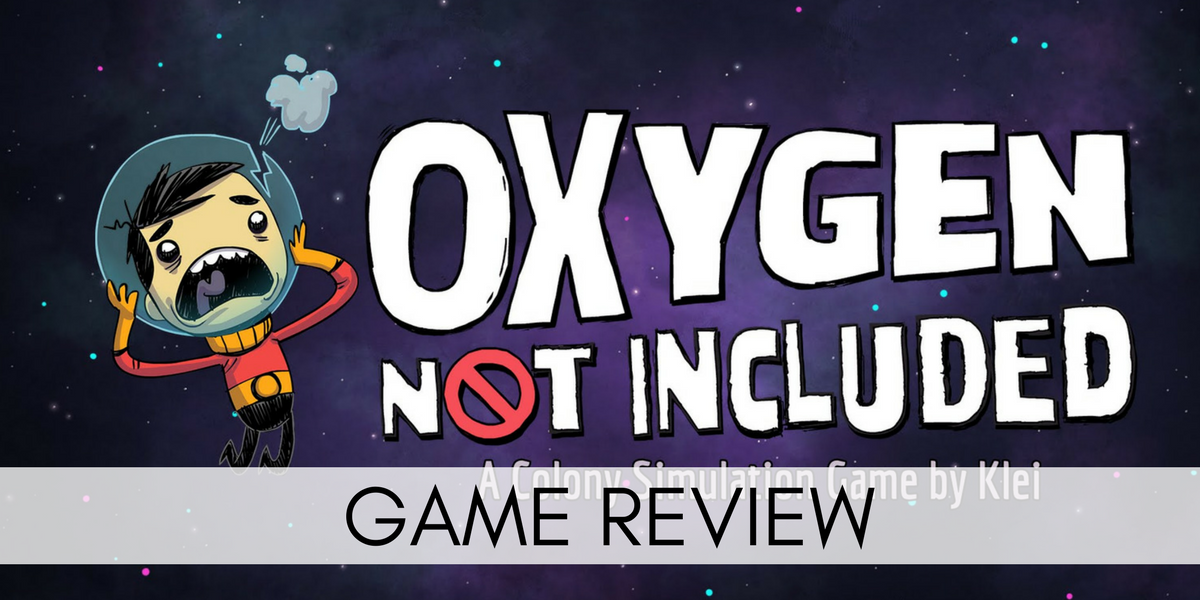 Oxygen Not Included is a space colony simulation game developed by Klei Entertainment (Mark of the Ninja, Don’t Starve, Invisible Inc). It entered Steam in Early Access on 18th May, 2017 and currently has no set release date.

By the end of the month my little colony is a bustling suburbia. I’ve printed out every new colonist available and they scurry around the base completing mundane tasks. Slowly the drip, drip, drip of water builds up beneath the toilets. The showers start leaking and break down, the carbon dioxide and hydrogen is rising. Pollution seeps through every crack. I desperately try to start fixing the leaks – but I forget something very basic. Food. I’ve over built, I don’t have enough electricity, my food system is down to nil and my colonists start starving to death. Before long I’m frantically turning machines off left right and centre to cope with a population plunge but I’m just delaying the inevitable. I try to imagine what these final two colonists are thinking as they sleep in fetid, flooded quarters and try to gasp in a few last breaths of oxygen. It’s probably “Athravan, you killed us all.” R.I.P

Oxygen Not Included is a management building game that basically forces you to sit on a line between constant disaster and a perfect system, making decisions that could wipe out your entire colony. Not today, not tomorrow, but a month down the line when you realize you messed something up, it’s coming back to haunt you. My second playthrough was much more successful, but I still had a lot to learn. It’s a game that expects you to make mistakes and to learn from them. In that regards I can see it frustrating some, as you’re almost destined to fail as you learn the game.

The actual gameplay appears basic on the surface. You carve out an empty space and put up walls. You build beds, places to eat, you add furniture and some decor. You add a toilet, and some showers. You use your resources around you (various minerals, gases and waters) to build, process and power. You grow creepy plants and turn them into disgusting, maggoty mush bars to eat. You continue exploring and your base gets bigger and more people come. It gets bigger, and bigger and before you know it things are spiralling out of control and then it gets complicated. Exactly where should you put your oxygen machines? What is the most efficient way to get water from point A to B? How do you set up your food farm? Why is this person unhappy and how can you fix it? How did 10 people just die? Did that person just get stuck at the bottom of a crevice because you didn’t build a ladder? Are these corpses spreading disease and depressing the hell out of everyone? Why yes. Yes they are.

It follows basic physics. Certain gases rise. Ceilings that are unsupported can fall if you dig around them. Water drops downwards. Thermodynamics dicate the temperatures. It sounds simple, but when it’s on a large scale it is really anything but.

The UI is intuitive and easy to use from the get-go, with encouragement on choosing your unlock paths and figuring stuff out yourself. It doesn’t hold your hand, so be prepared to engage those brain cells.

Your minions have stress levels and need massages (who doesn’t?). They will run around on auto based on what you’ve set as a priority, so you’re not in firm control. Sometimes they make dumb decisions and a few folks died due to their apparent inability to understand the concept of “the food is in the fridge just go get it.” AI is often a downfall and I do think it is a weak spot here; although it’s rare enough to not affect my overall enjoyment and the game is at the end of the day still in early access. Hypothetically you can get a base to a critical mass level, where your AI can do everything it needs to do as efficiently as possible. Produce enough food, oxygen and power whilst recycling and cleaning water in an endless, self-sustaining loop. Good luck with that though, still a work in progress for me. I suspect it’s going to take me a long time to get there and I’ll leave a lot of corpses in my wake.

This is a unique base builder that takes supply chains and management to the next level. I love it!

About Athravan
Athravan - Christy - joined the WGN in February 2016. A keen writer and reviewer, she is currently the Editor of the Welsh Gaming Network. She lives in Cardiff with her husband and son, who was born in 2017. You can follow her Steam Curator "Play with Ath" by clicking the website link below.
View All Posts by Author
Visit Author Website
Official Streamer – WelshTony
Official Streamer – TheGrumpyWelshMan