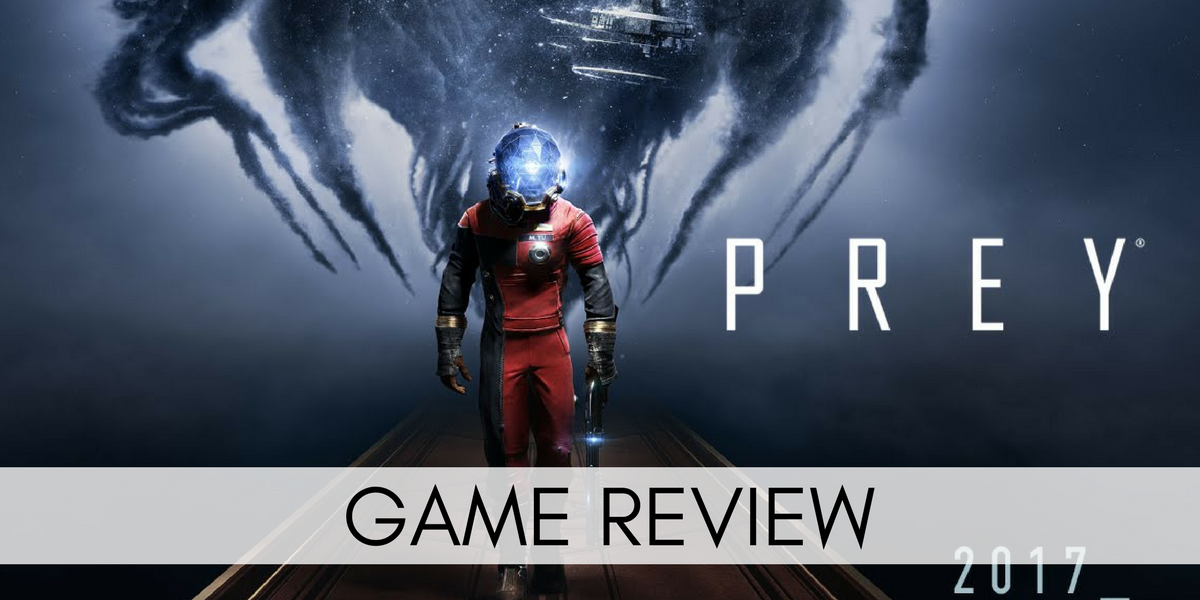 Checkout our review of Prey (2017) - an immersive and atmospheric first person shooter that is a heavy contender for game of the year!
SHARE
Facebook
F
Twitter
T
Google
G
Pinterest
P
COMMENTS
Spread the love

Prey (2017) is an action sci-fi first person shooter. It was developed by Arkane Studios (Dishonored, Dishonored 2) and published by Bethesda Softworks. It released on 5th May for Steam (Windows), PlayStation 4 and Xbox One. In the words of Arkane Studios CEO and director Raphael Colantonio, Prey is a “reimagining of the IP” and not a sequel to the original, 2006 game.

We play Morgan Yu, a futuristic scientist who finds himself (or herself) trapped in a nightmarish scenario. Talos I is a space station that may have seemed vibrant and full of life before; but now is barren and desolate… bar the intelligent aliens that can shapeshift and want to rip your heart out, of course. Adding to the confusion is the fact that your memory has been continuously wiped by the neuromod technology that you were working on (oh, hubris) and you have to piece together instructions from yourself to figure out what the hell has happened and how you’re going to get out of here. No biggie, we’ve got this.

The story is one of complete paranoia, twisting and turning and it kept me guessing – but the environment is also crafted in many subtle ways so that little bits of information are revealed as you explore the station. Since you have a fair amount of leeway in what you explore, you have to piece together what you can from the side quests as you choose. The level design is excellent – giving you the feeling of freedom and choice whilst in a near claustrophobic space. They really nailed the physical layout, which stays consistent throughout. Graphically the station is realistic and striking, like a futuristic high tech hotel. I did find it a little tiresome visually after a while, but not enough to dampen my enjoyment of the game. There were some nice touches in the emails, tiny little details of character backstories that were interesting, like the D&D group whose email exchanges you can read, complete with character builds.

You can choose how to play – guns blazing, sneaky sneaky, hand to hand, or magic powers – sorry, “alien powers” – by utilizing your neuromods in different ways. Although the upgrade tree doesn’t seem that extensive at first, once you start unlocking alien tech there is a lot of scope for different playstyles. Almost everything can be picked up, moved or even harvested for resources and if you’re addicted to rifling through drawers and finding every bit of loot (which I am!) then you’re going to spend a lot of time gathering snacks and transmuting coffee cups. If you’re not into that sort of detail; you can play just fine without it.

The gameplay was solid. Although it’s a little slow to start, once you start unlocking more interesting abilities with the neuromods it becomes a lot more fun and dynamic. The Typhon are bullet soaks, ammunition is not that abundant and Mimics that can be any object in a game that encourages you to walk up to and engage with every object is a recipe for me emptying an entire clip into a potted plant. Multiple times. Oops. Once I had my super powers life was a lot easier. But even then, it has that survival horror feel to it – of looking around every corner, analysing every potential threat and jumping when a bit of debris harmlessly bumps against you. It really nailed the atmosphere.

Having played the original System Shock, I can see and feel the similarities, along with a dash of Bioshock and a healthy dollop of Dishonored. I think that Prey can firmly join the list of great immersive sims

About Athravan
Athravan - Christy - joined the WGN in February 2016. A keen writer and reviewer, she is currently the Editor of the Welsh Gaming Network. She lives in Cardiff with her husband and son, who was born in 2017. You can follow her Steam Curator "Play with Ath" by clicking the website link below.
View All Posts by Author
Visit Author Website
Hollow Knight
Official Streamer – Rustywolf81