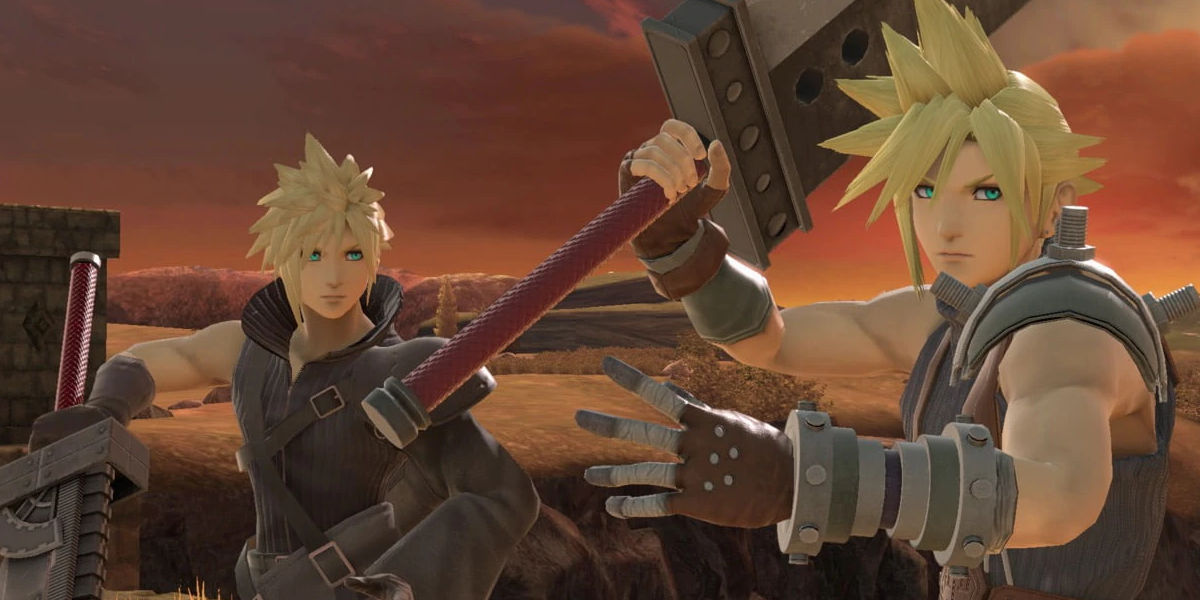 In the final parts of this 6 part Super Smash Bros Doubles series we examine doubles matches, good teams play and look at how the format can be boosted in the future.
SHARE
Facebook
F
Twitter
T
Google
G
Pinterest
P
COMMENTS
Spread the love

In this 6-part series we will be looking at the history of 2v2 teams play in the Super Smash Bros series and how this format has been the subject of numerous highs and lows throughout the game’s history.  Last week we explored the lack of popularity found in competitive 2v2 play, noting reasons why players and spectators alike continue to neglect the format.

This week marks the end of this series as we examine doubles matches and attempt to define what is and is not considered good teams play. We will then close off this topic with a proposal for how the format can be boosted in the future.

Smash is a standout among fighting games for its ability to allow 4-person simultaneous play without descending into chaos. This design makes it the only fixed axis fighting game to feature competitive 2v2 play without the need of a tag mechanic. And yet, despite the games unique nature allowing for this play, questions have been raised over how well this this format actually works. Do players really work together when teamed up? What is the point of a team battle if the players don’t work as a team? These are common concerns among those who believe teamwork is exactly what the format is lacking in, or to phrase it differently:

This requires a solid methodology to back-up. While based on subjective opinion there are ways to test this by examining player interactions on a game by game basis. This article won’t provide detailed analysis, but it will lay the groundwork for a testing methodology.

Team intervention is easier to gauge with any action that relives pressure or prevents additional damage on your partner counting. This experiment could be expanded to account for factors such as time spent fighting together vs time spent fighting alone but for the simplicity’s sake we will focus solely on player actions to pilot this methodology.

Issues with this methodology:
The sample size is small. Any data amassed from this experiment will be suggestive. At best it will help shed light on whether this method could be developed for more extensive use in the future.

Direct interactions of note include:
Numerous throw to attack combos.
Use of Palutena specials to prevent opponents from pressuring Wizzy.
Nairo and Wizzy juggling 44.2% damage onto Snake in game 2.

A noteworthy indirect interaction came from game two where the Town & City end platform was used to cover Snake’s get up options: forward roll would be covered by Palutena back-air and Mario back throw; back roll and regular get up were covered by Mario smash attacks; and get up attack, while an answer to Mario, would have seen Snake fall prey to Palutena. This teamwork would leave Mr. R in a 2v1 handicap.

Mr R’s team would kill from indirect teamwork in game 3. Mr. R would send Wizzy off stage with forward air before changing places with his partner who was able to cover Wizzy’s recovery, landing a back air for the kill.

Direct intervention can be seen in game one where Nairo lands a Palutena up air on Snake at 117%, this manoeuvre was guaranteed to kill. Seeing his partners plight, Mr. R jumped in with an up air to hit Plautena out of the move, directly preventing a kill.
An example of indirect intervention is found in game 3 when Mr R would attack Wizzy to prevent a 2v1 ledge coverage on Mario during his get up.

This video goes into more detail and displays examples of direct and indirect teamwork.

Deconstructing Melee is harder due to the higher play speed and smaller stages leading to a greater occurrence of scramble moments where players are clumped together. Melee also features additional ways to gain team advantage thanks to the ledge mechanics not allowing two characters to grab ledge grab at the same time. Holding ledge would force Mew2King’s Sheik to recover high, opening him up to a free hit.

While the Melee results show little difference in the number of times advantage is gained from team attacks there is a higher frequency of interactions leading to kills. This is not conclusive, but it does suggest that the ledge mechanics and smaller stages influence team interactions.

Two of the three games in Ultimate were played on Town & City, a popular doubles stage due to its large size giving players ample breathing space. Melee on the other hand saw games played on Battlefield, Dream Land and Yoshi’s Story (a notoriously small stage). While Dream Land is the largest Melee stage, it doesn’t offer the floor space seen in Town & City.

This methodology would need to sample hundreds of matches to provide any substantial evidence of a pattern. To address the argument that the format feels more like two 1v1’s than a 2v2 we can only theorise that the slower pace, differing ledge mechanics and larger stage size of Ultimate leads to a metagame where players are spread apart more often.

Keeping opponents separated is a major part of any doubles match. Ideally a team will want to push advantage while keeping the opponent’s partner away from the action. If we apply this fundamental to a game where large stages are common, then it will come as no surprise when spectators believe there is less teamwork involved. Ultimately it comes down to what one considers true teamwork to be.

As criticisms go it is difficult to clearly define, good teamwork is subjective when our only point of reference are the same matches these criticisms are aimed at. This is a topic worth expanding on in the future if we can come to an agreement on what is considered good teams play. For now, all we can do is debate the success and failures of the format until a solid methodology is established for breaking down the formats cooperative potential.

Part 6: Closing thoughts and what can be done to help doubles.

This feature has shown how fighting games spent years experimenting with 2v2 play and how Super Smash Bros finally established a working system for simultaneous team play. We have come to understand the design of doubles and how it changes Smash on a fundamental level.

Our doubles retrospective observed the methods players took to improve their placements and how those actions have influenced the metagame. We have seen who the most successful doubles players are and spotlighted the outliers who have shown us the greater potential of what is an otherwise underdeveloped format.

The Myers-Briggs personality index was tested as a basis for explaining why the majority of players favour singles over doubles. The Myers-Briggs index also allowed us to identify possible traits that would make a player more favourable towards the format. We also glossed over the more specific reasons for why players may not consider the format to be a worthwhile endeavour to invest in on a long-term basis.

The outspoken and their distaste for the doubles format was noted as this feature proposed reasons why doubles continues to dwindle in viewership, participation and exposure using numerical data and quantitative analysis.

We have addressed the format from a design perspective, discussing what is considered good teamwork and how the design of newer Smash games may favour indirect teamwork. We have piloted a methodology which could potentially provide valid numerical data should it be further refined.

With these topics accounted for and addressed we are left with one final question. What should be done with doubles? Its continued presence at events shows there are players who genuinely enjoy the format but there is still much to be said for its worth to smaller tournaments.

If a tournament chooses to not run doubles then more resources can be poured into the singles experience. If your interests are invested in singles, then doubles is little more than an obstacle which gets in the way of your experience. This is a somewhat gross simplification but if many do indeed feel this way then why do we even run the format altogether?

If players need a vehicle to prepare for singles matches then additional consoles would be more beneficial. If doubles runs and limits set ups then tournament organisers risk making the players choose between entering doubles or sitting out and having less playtime overall.

Events aim to give the players reasons to stay outside of singles but there is no one answer to providing the ideal tournament experience. Every player wants something different and how those demands are met can change wildly depending on the level of resources at the organiser’s disposal.

As for how we can boost doubles in the future. May this writer propose a system to help not only increase doubles tournament participation, but also incentivise players to invest more heavily in learning the format.

Suppose we were to run a doubles circuit which rewarded players for consistent entry and static partnerships. It could look something like this:

This means that each player has 50 points when being scored on their own merits and 150 points when scored as a member of that specific team.

This means each player earns 25 points on individual merit and 75 points when scored as a team.

Now say the season comes to the end and you have to qualify for the finals. There are several ways you could go about getting in:

This draft will no doubt need ironing over should it be used, but it is an example of how to reward long-term team building. This method of promoting doubles will no doubt leave players feeling like the format is being forced upon them, but it would be a direct way of addressing the issue of doubles feeling like an unimportant sideshow. If a circuit gives players a moment in the spotlight that they would have otherwise never have gotten, then it can’t be seen as anything other than a positive overall.

Much of this feature has focused on addressing criticisms aimed at the format. Doubles certainly has flaws but despite all that the format continues to be taken seriously by specialists and top players alike who value what it brings to the game. If nothing else, it would be nice if readers could walk away from this feature with a newfound appreciation for what doubles is.

Doubles is a form of play many members of the community have never experienced and it would be a shame if they were to carry on having never explored everything Smash has to offer. If your local scene is looking for a change of pace then consider giving doubles a try. Who knows? You may even end up liking it.

About Radirgy
Media Studies Master of Research and Video Game Enthusiast.
View All Posts by Author
Super Smash Bros: A Case for Doubles – Part’s 3 and 4
Everyone Can Game Together 2019
COMMENTS 10