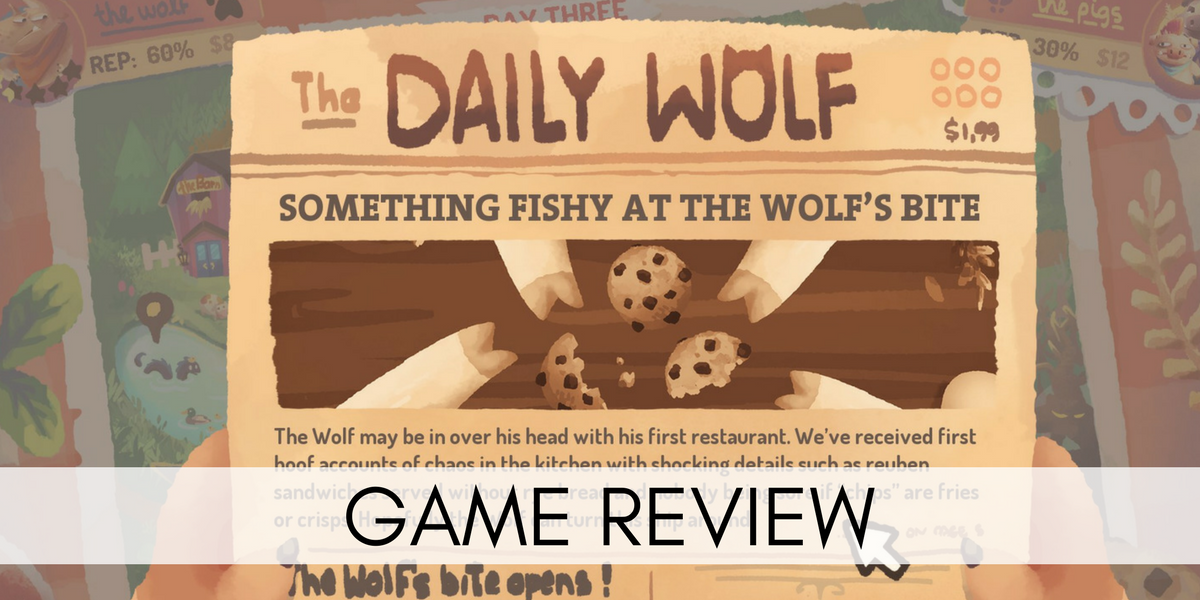 The Wolf's Bite is a casual, comical story-based strategy game where you, the Big Bad Wolf have to make amends for your past indiscretions, whilst the Three Little Pigs work against you.
SHARE
Facebook
F
Twitter
T
Google
G
Pinterest
P
COMMENTS
Spread the love

The Wolf’s Bite has arrived on Steam, where it can be purchased for £5.59 (with a 25% launch discount on top!). This one versus one casual adventure game has been developed by  an appropriately named three man indie team “Three Little Devs” and more information can be found on their website, or their Twitter feed.

We were provided with a pre-release key.

The Wolf’s Bite is a casual adventure game involving the old fable of the Big Bad Wolf and the Three Little Pigs. In this twist on the tale, the Wolf has left behind his bad-boy life and is looking to start a restaurant chain. The Three Little Pigs are naughty little tricksters and want to do everything in their power to sabotage his efforts and get revenge! 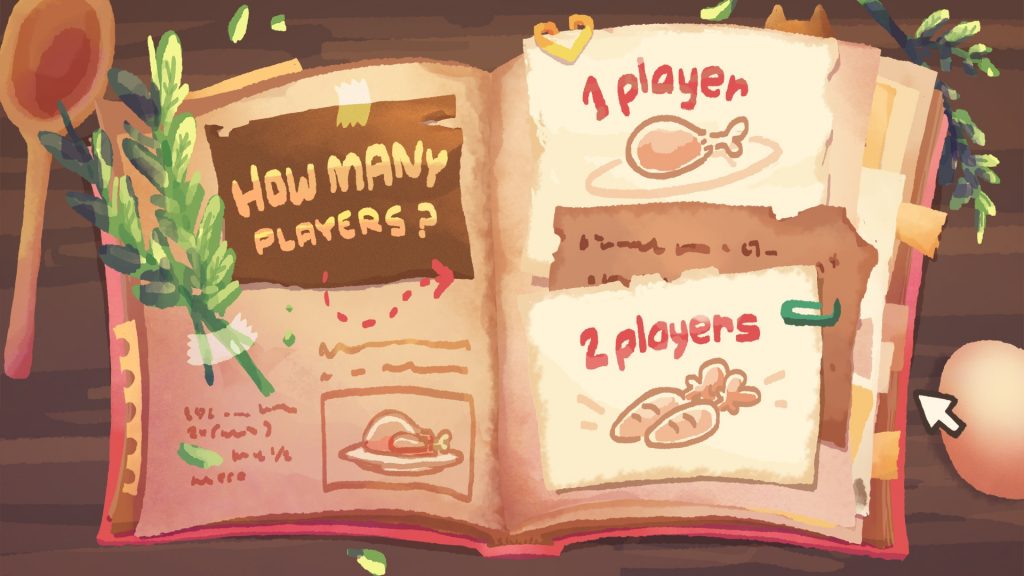 Bring a friend for some competitive 1v1 adventuring

It can be played in local multiplayer (but not online unfortunately – possibly it’s biggest downfall) and is turned based. If you don’t have a friend to play with, you face the AI. You choose whether to play the Wolf or the Pigs and then have a game board which is a series of locations such as The Restaurant, The Grocery Store, The Neighbourhood or The Lake. At each location you have two options and picking an option will result in a static event happening and then a random event will occur. For example if I choose to work in the restaurant as the wolf, I will improve the quality of my food. Then, a fairy-tale character will visit and I’ll have three options as to what to serve them. Wrong choice? Big mistake!

The AI (or player two) will then take their turn, which is fast and you can watch take place so both players get to experience all the dialogue / story. After 7 days (turns) the game ends and you’ll get a result out of 20 endings based on your wealth, reputation and quality rating. There’s no “winning” the game exactly, but the story results have some positive and some negative. At one point I thought I’d have a very positive rating because I had a lot of a certain stat but it turned out to be quite a bad ending for me! I won’t go into any details because spoilers, but it’s definitely hard to predict what’s coming. 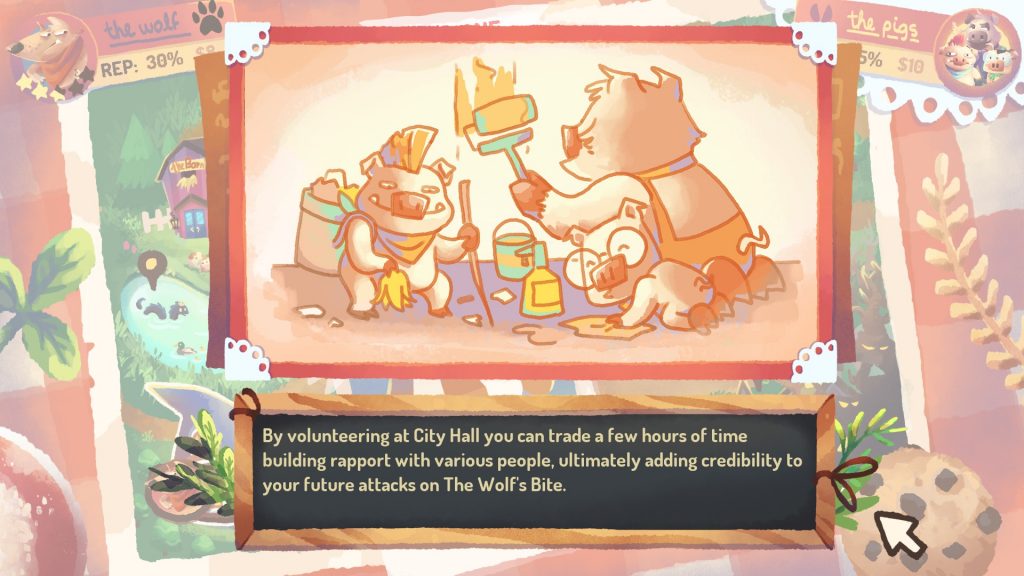 There are 375 “paths” to the game, but if you choose the same locations you will eventually see the same scenarios pop up. Once you know the choices, it’s very easy to pick the “right” one but of course, that’s a little boring. The fun is in doing new things and seeing where it leads – often with comical or disastrous results. Since the aim of the game isn’t simply to get the highest stat possible but to experience the stories and have fun with the scenarios, this does have a lot of replayability and it’s very hard to predict what ending you’re going to get. 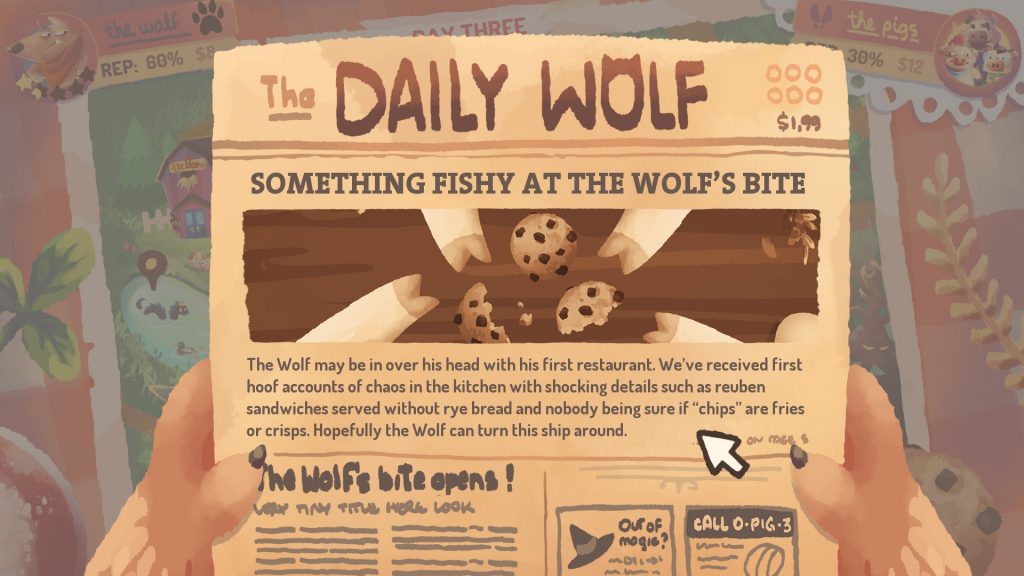 It’s a cute game with lovely hand drawn illustrations and very family friendly. This is definitely playable by all age ranges – anyone who can read. This would be a great family game for parents to play with their kids, or for kids to play together but it is a very casual game and after 10 solo games (each solo game takes about 15 minutes for me with a fast reading speed) I would only return if I had someone else to play with.

My son is a ways off being able to read; but this is definitely a game I’m tagging as family suitable and I’ll be returning to it once he can enjoy it too. Even a very young child could be engaged in this as an “interactive story book” if you read out the choices to them and in that regards, this could be a really fun and entertaining but also educational tool! 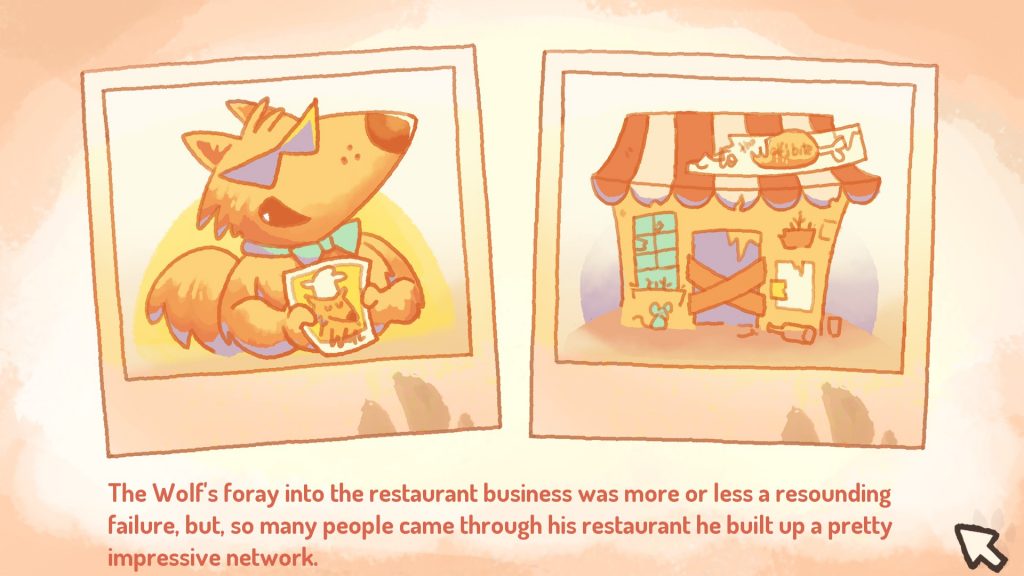 Recommended to anyone looking for a light-hearted, entertaining casual adventure.

About Athravan
Athravan - Christy - joined the WGN in February 2016. A keen writer and reviewer, she is currently the Editor of the Welsh Gaming Network. She lives in Cardiff with her husband and son, who was born in 2017. You can follow her Steam Curator "Play with Ath" by clicking the website link below.
View All Posts by Author
Visit Author Website
Subsurface Circular
Dragons Dungeon: Awakening