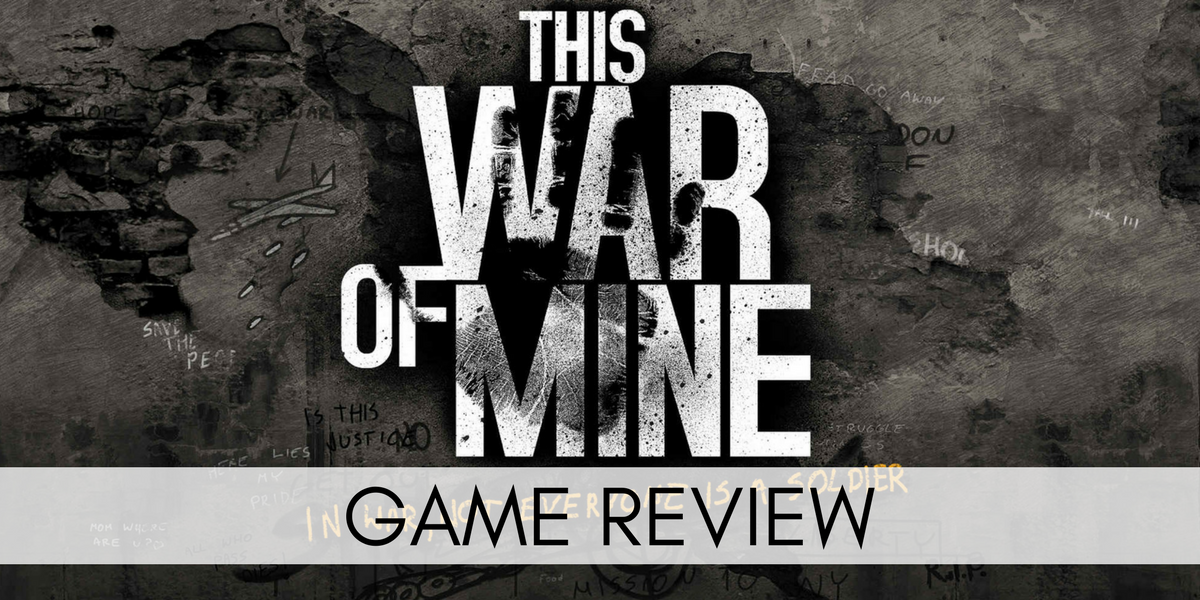 This War of Mine: Stories – Father’s Promise

This War of Mine: Stories is the new DLC for the war-based survival strategy game, This War of Mine. This War of Mine released in 2014 and with over 31,000 user reviews remains one of the highest rated games on Steam, as well as being critically acclaimed. It is developed and published by Polish indie studio 11 bit games. You can buy both the base game, separate DLC and Season Pass on Steam or GoG.

The first of three story-driven campaigns available for This War of Mine: Stories is Father’s Promise. It’s available as a standalone purchase from 14th November, or all three can be purchased with the Season Pass. I purchased the Season Pass, as I’m keen for any new content on a game that I’ve put so many hours into. There aren’t specific release dates yet for the second and third stories in the trilogy, but the developers have stated they will be here in 2018. 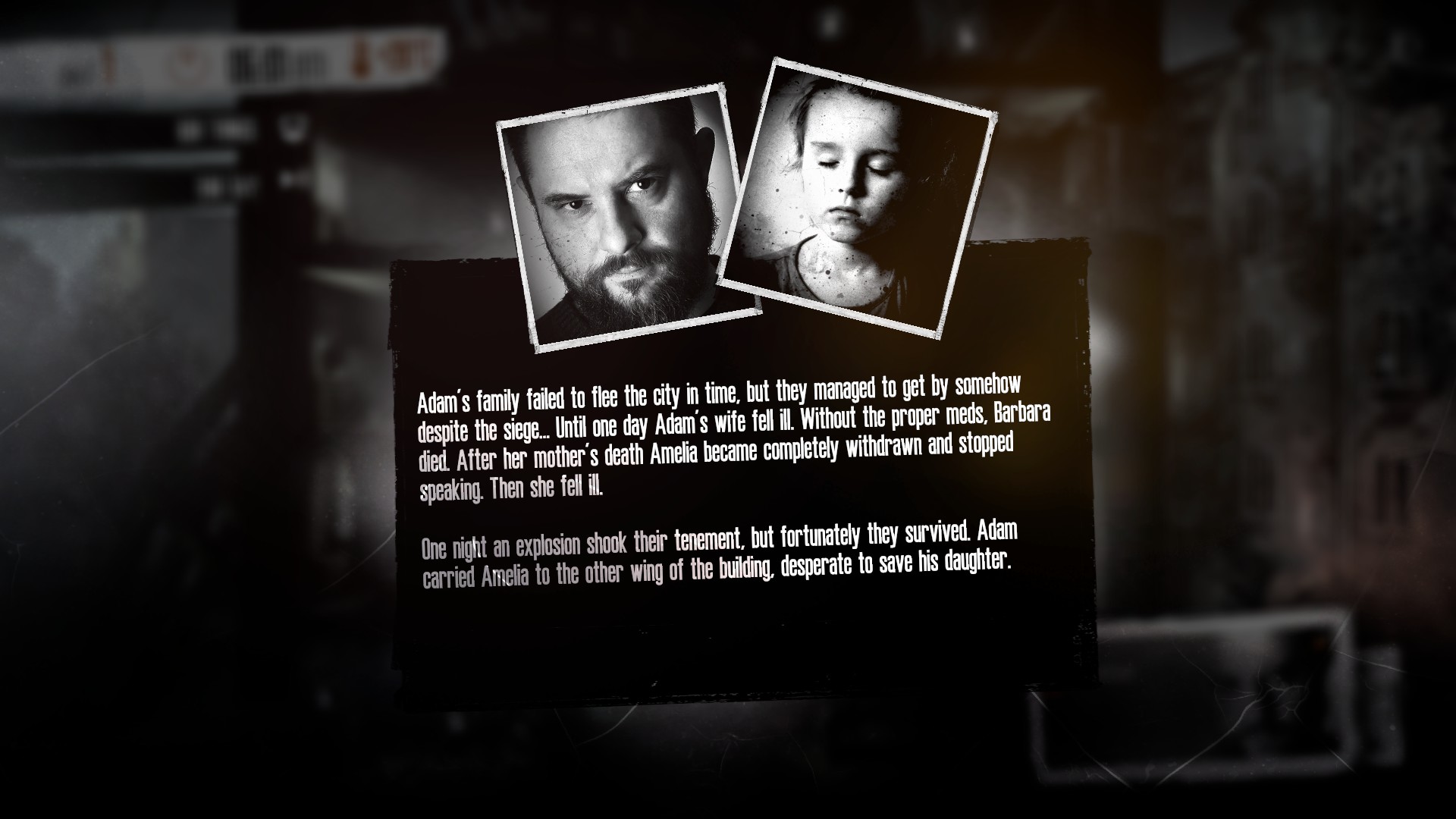 Father’s Promise has a linear story and you don’t have many choices to make – none meaningful. Dialogue is scripted, and although there are a few deviations such as how you might resolve an encounter, craft certain things or find resources, none of your actions can ultimately affect the main storyline. This makes it quite different to This War of Mine’s main campaign and does mean it doesn’t have any replayability. 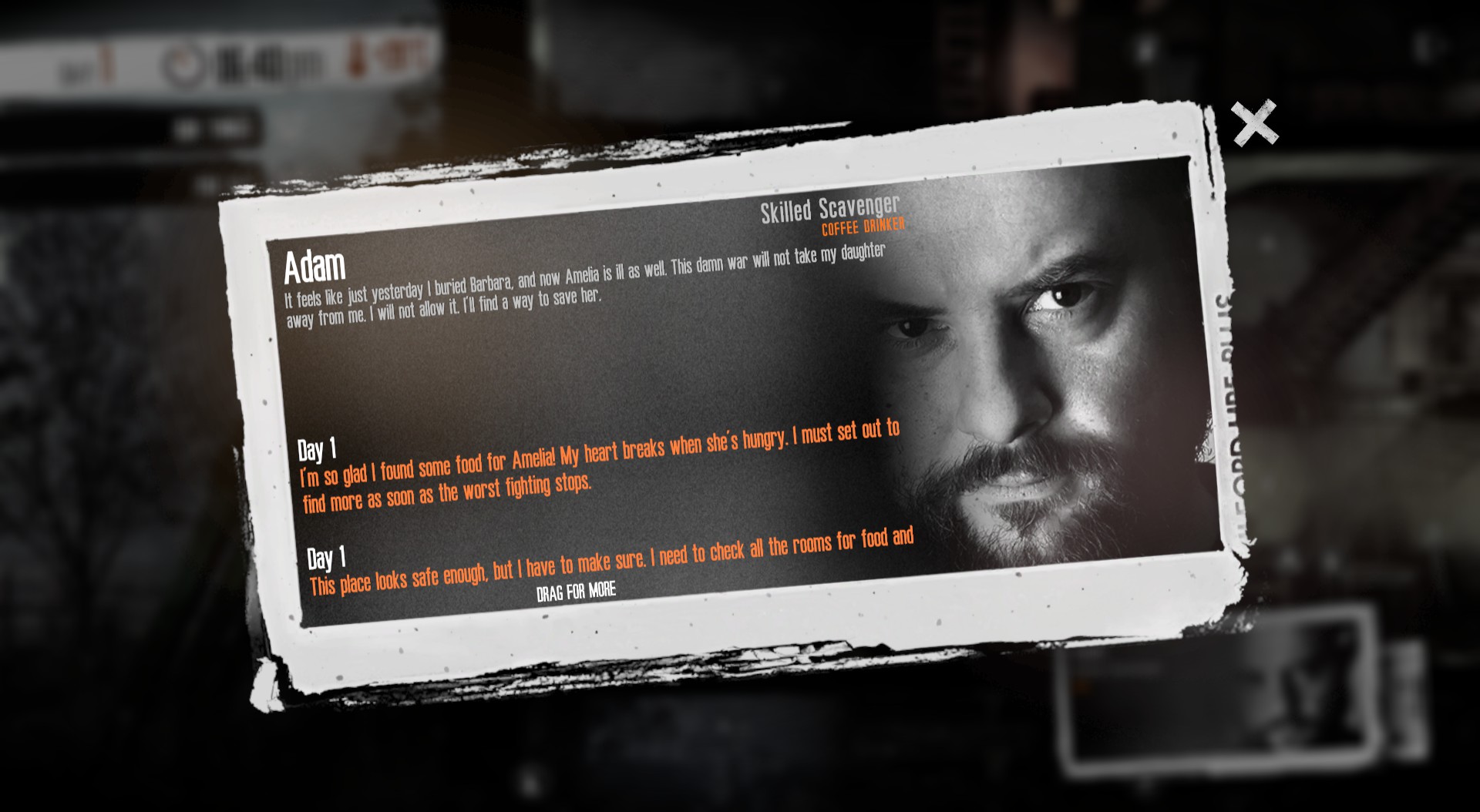 We play Adam, a father who has recently lost his wife to illness, trying to protect his daughter during a terrible war. When his daughter is kidnapped, he must start investigating in order to find her before the worst happens. I found it an engaging and enjoyable story – gripping and realistic. It seemed simple at first, but after completing it and looking back on it, I saw many little details that with context became obvious clues. As Adam, I was determined to find my daughter and save her however possible. This game really does live up to the quote “War is Hell” though, so expect those heart-strings to be tugged along the way. 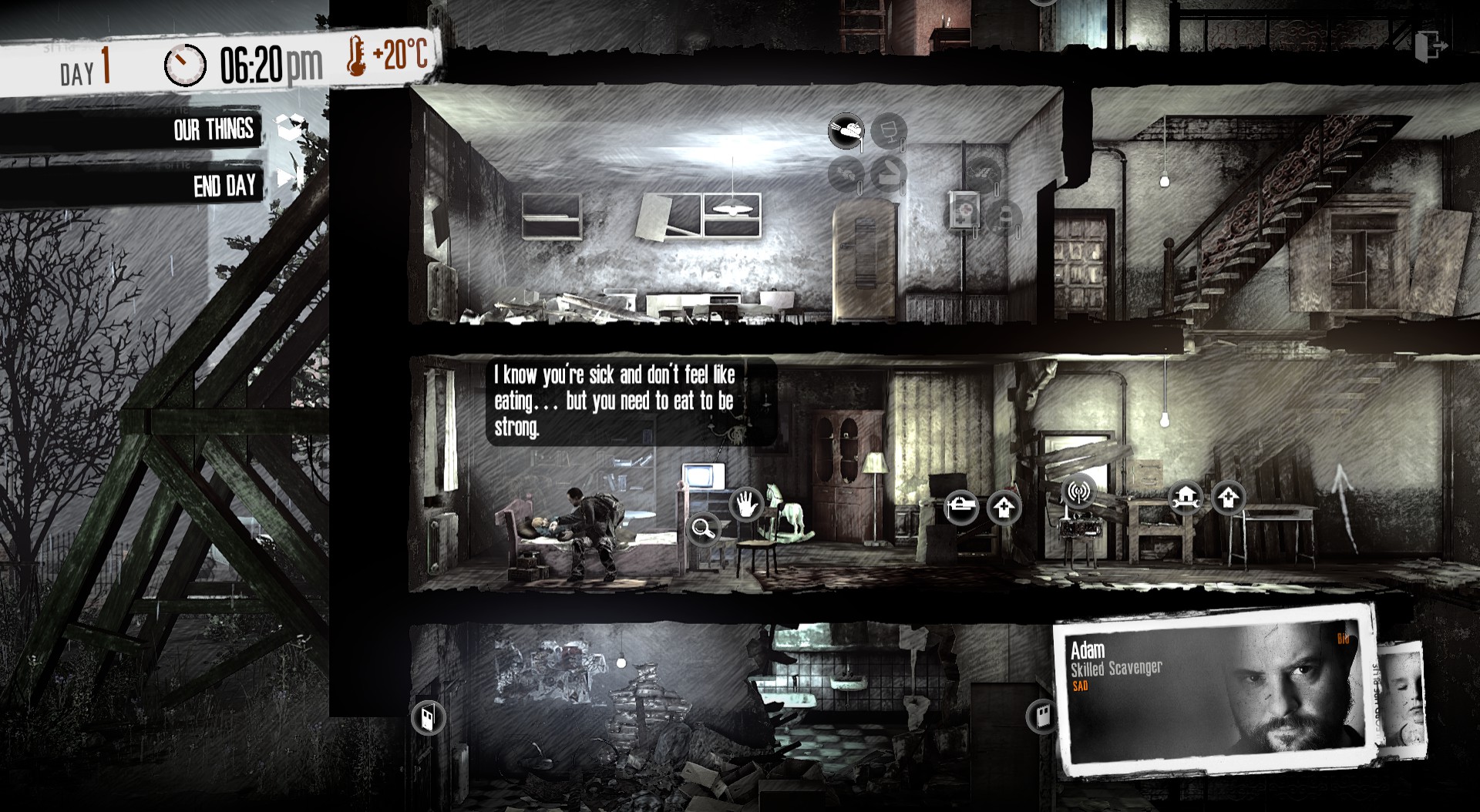 The gameplay is the same as the base game with the added ability to uncover story elements, but there are a couple of new locations to explore, changes to old locations, as well as a new starting house and music. At a release price of £1.69 per story or £3.99 for the three story season pass, I do think this offers good value to fans, even though it is relatively short at perhaps 2-3 hours for a playthrough. If you’re an experienced This War of Mine player, you probably won’t find the mechanics that challenging, so I would recommend it to those who enjoyed the base game and are interested in a dramatic, linear story and new characters.

If you prefer This War of Mine for the random encounters and challenging difficulty, the story DLC may not be for you. As for me, I’m really looking forward to the next installment and I’m glad I bought the full Season Pass.

About Athravan
Athravan - Christy - joined the WGN in February 2016. A keen writer and reviewer, she is currently the Editor of the Welsh Gaming Network. She lives in Cardiff with her husband and son, who was born in 2017. You can follow her Steam Curator "Play with Ath" by clicking the website link below.
View All Posts by Author
Visit Author Website
FUSED Preview
Game Trailers from the Game Awards 2017