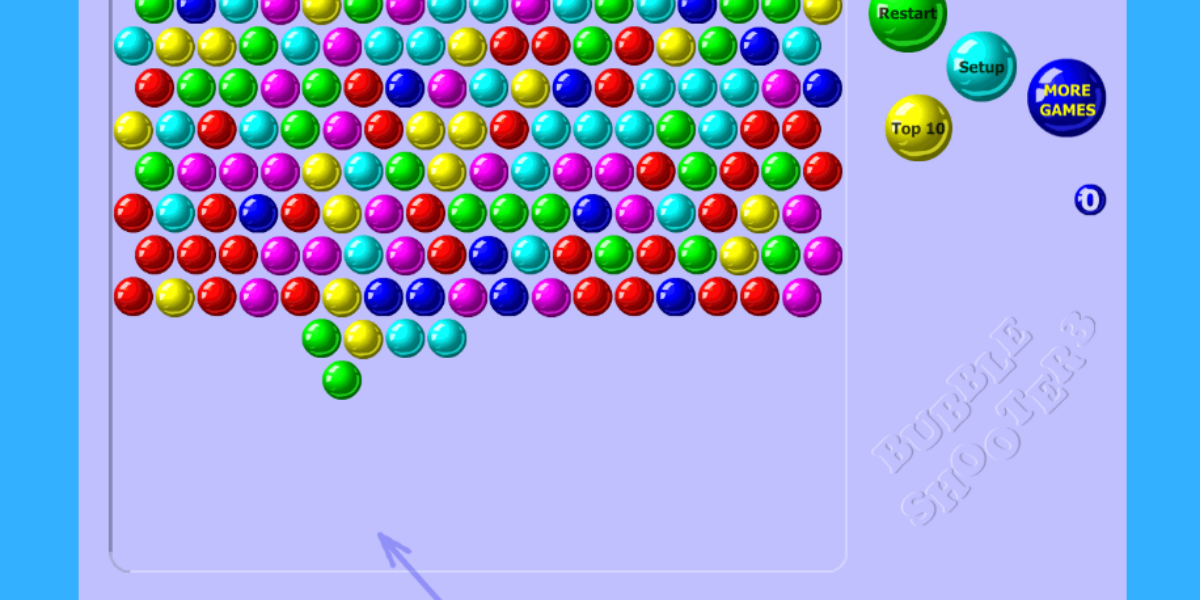 Tips and Tricks You Need to Know for Bubble Shooter

Bubble shooter games have been around for quite some time, and come in a number of different shapes and sizes. At their core the gameplay is similar however, which is why there are several tips and tricks that you can use to gain an advantage in any bubble shooter game.

The good news is that none of these tips are particularly difficult, yet each will have a big impact on your score and ability to overcome levels in the game.

The more you’re able to learn and understand the gameplay, the better off you’ll be. Take note of any power-ups that are in the game as well, and try to figure out the ways they can be triggered.

Shoot for the Top

As a rule you should always try to shoot the higher bubbles as opposed to the lower ones. By eliminating bubbles that are higher up, you will often be able to clear more bubbles with each shot as some may fall down on their own.

Be sure to keep this in mind even as the bubbles start to shift downwards. It is all too easy to panic and start trying to just eliminate the bubbles that are closest to you – but that would be a mistake.

In almost all bubble shooter games it is possible to ‘bounce’ the ball that you’re shooting off the walls. That is often a crucial element of the gameplay, as it will let you hit shots that would otherwise be impossible.

Typically there will be some sort of indicator that shows you the trajectory the ball will be reflected in – but it will still take a bit of practice before you can pull off truly sharp shots.

Another common feature in bubble shooter games is the ‘queue’ that will show you the type of upcoming balls. By keeping a close eye on the queue you will be able to plan your shots in advance.

It is particularly important to watch the queue if the variant that you’re playing allows you to ‘swap’ balls with the next one that is in the queue.

At some point or other you’re likely to find yourself in a situation where you can’t seem to find a shot that allows you to eliminate any balls. Instead of feeling frustrated by it however, you should try to find the best way to group balls so that you can eliminate them later on.

If possible you should not only try to group balls of the same type together, but position them in a way that will let you knock down more balls in one shot. Additionally you should try to plan ahead by taking the queue into account.

Now that you know some of the best tips and tricks for bubble shooter, you should make it a point to try them out. Initially it may seem a little bit tough to learn the gameplay, pick the right shots, and plan ahead – but it will definitely get easier over time.

In fact once you start using these tips, you’ll find that picking up different variants of bubble shooter isn’t that difficult either – and you should be able to quickly learn the ropes whenever you do.

About GuestAuthor
This post was written by a guest Author for the Welsh Gaming Network.
View All Posts by Author
Super Smash Bros: A Case for Doubles – Part’s 5 and 6
Everyone Can Game Together 2019
COMMENTS 1