“It’s like Tinder or Grindr for League of Legends, but less of the Netflix and Chill and more solid team-building and friendships.”

The Unite LoL App allows you to connect with nearby League of Legends Players, and your existing League friends with UniteLoL.

Like Tinder and Grindr, UniteLoL is a GPS-enabled Social Networking App that will connect you with friends and find other nearby League of Legends players.

The App allows you to connect to the League of Legends to view summoner profile information, including:

– View your own in-game statistics, and those of other players in
your local area.

– Find players that are at your skill level.

– Find players to fit a certain in-game role to make the best teams
(e.g. search for expert Support or Jungler players, prior to
starting games).

– Allowing you to get better at the game by meeting new friends.

– Build a community to discuss and share in-game experiences. (We’re on it)

UniteLoL‘s goal is to allow local players to connect and reduce the instance of ingame Trolling. By being able to direct message to plan, arrange games, roles and actively filter the summoers around you. You can create your best team to play with, and build up your own gaming community.

By making real-world connections and getting to know the person behind the summoner profile, UniteLoL hopes it can reduce the anonymous trolling that can happen within the League of Legends community.

The app is only currently available on the iOS in the app store.
http://unitelol.com/

About SlayerJohn
IT Professional | Gamer | Techie | Geek | Coffeeholic | WebDev | Blogger.. and some other stuff. Started The Welsh Gaming Network in hopes to create a safe and fun place for like-minded motivated gamers in Wales.
View All Posts by Author
Guest Review: HTC Vive
E3 2016 – EA Quicklook 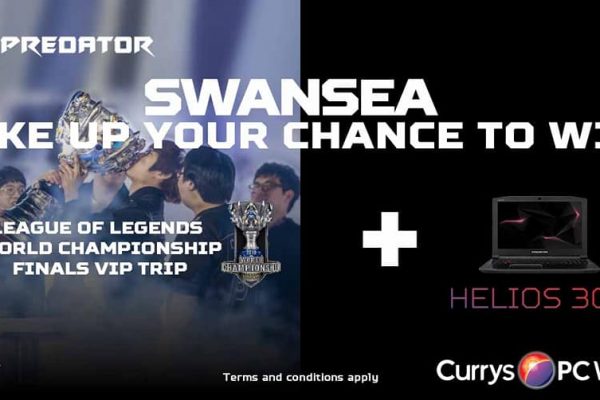