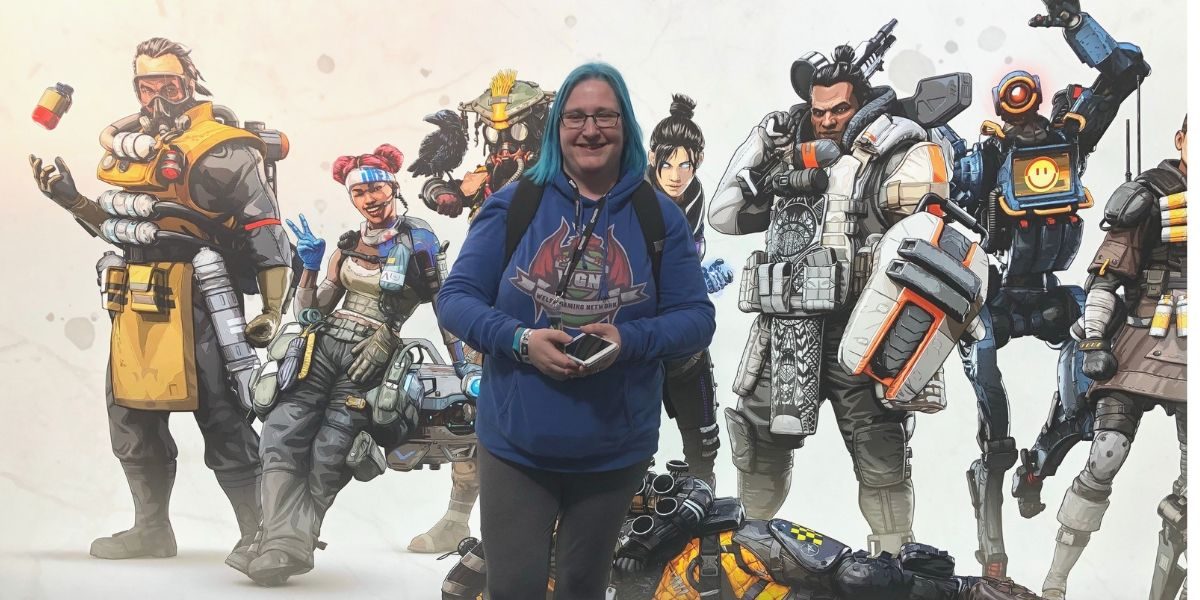 On the 19th of April we took a trip from South Wales up to The NEC outside Birmingham for what we anticipated to be a whirlwind weekend of gaming events. We were not disappointed!

i64 was my first experience of Insomnia and I would highly recommend anyone interested in gaming on any platform to check it out. There was something for everyone, from gaming stations testing out demos and upcoming AAA titles to an 18+ Pub Quiz.

My wallet certainly came home a lot lighter as there were so many awesome merchandise stalls and big name brands such as Razer, Alienware and GAME, not too mention all of the different food stalls to choose from. You were spoilt for choice!

I really enjoyed myself over the weekend and certain parts of the convention stuck out for me. The first thing I spotted when I walked through the door was all of the amazing Cosplay. There was a whole section dedicated to people crafting and showing people their costumes. There were some really talented Cosplayers on hand to talk about how to get involved with Cosplay and they were more than happy to take a photo.

There were many games on offer to play, some requiring a bit of queuing due to it being a highly anticipated game, such as “Days Gone” who had a 10 minute demo for people to experience.

PlayStation and Nintendo also had games to try out including VR games and a Nintendo Tournament which was very popular with the younger crowd. There were display props from games such as Lego Avengers, which proved to be popular with young and old(er) alike! Check out the WGN’s BigShotSmithy testing his worth with Thor’s hammer!

One of the big events for the convention was the Belong Arena Clash. This was very popular and had people on the edge of their seats as their favourite eSports teams battled it out for the championship.

The Overwatch matches between finalists the Stratford Spartans and the Cardiff Saints were extremely nail biting, not that I was biased to a particular Welsh team of course….

You also had the opportunity to find out more information about charities such as Special Effect and the Guide Dogs who had displays with friendly volunteers on hand to answer all of your questions and provide ways that you could get involved with the amazing work they do.

The guide dogs were so adorable. And Becky from Special Effect was only a “little” bit excited upon finding Detective Pikachu!

If gaming wasn’t your thing then there was also the bi-annual Pub Quiz on the Friday night for 18+ only! I haven’t laughed so hard in a long time and it was great fun getting to know new people whilst playing along! There was a very well stocked bar on site for this event.

On the Sunday night the convention was closed with a bang with “The Dark Room” – a performance from John Robertson. It’s a live audience text based game with interaction from the audience on a comical level. If you haven’t seen it then you need to. I was still laughing on the way back to my hotel room!

Last but by no means least: If you have ever attended an Insomnia event before you might be aware that there is a LAN section. What you may not know is that the Insomnia LAN is the biggest LAN event in the UK. Starting the day before the main convention opens and running until the day after with more than 2000 people in attendance!

Not only is it a great way to spend the long weekend gaming with your friends old and new but it’s also a great way to get involved in the eSport competitions and a great platform to show off all those impressive PC builds.

There is a chillout section where you can relax on giant beanbags or play some non-computer games with friends if you fancy a break from your screen. BYOC ticket holders also have full access to the main convention over the weekend so there is always something to do.

Insomnia is held twice a year and i65 is scheduled for August 23rd-26th with tickets due to go on sale any time now! Keep an eye on the Insomnia Gaming Festival website for more news.

I will be attending i65 LAN with a BYOC (bring your own computer) ticket and will be camping on site in my tent in the designated camping area inside one of the NEC halls and I’m so excited!